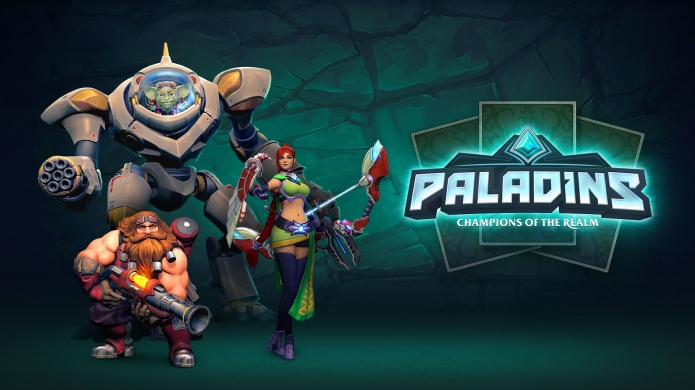 Paladins: Champions of the Realm is Hi-Rez Studios' entry into the now popular Hero Based FPS genre similar to the likes of Team Fortress 2, Overwatch & Battleborn. Paladins is a fun game unfortunately marred by a high number of poor design decisions, a small cast and some fairly large balancing issues. 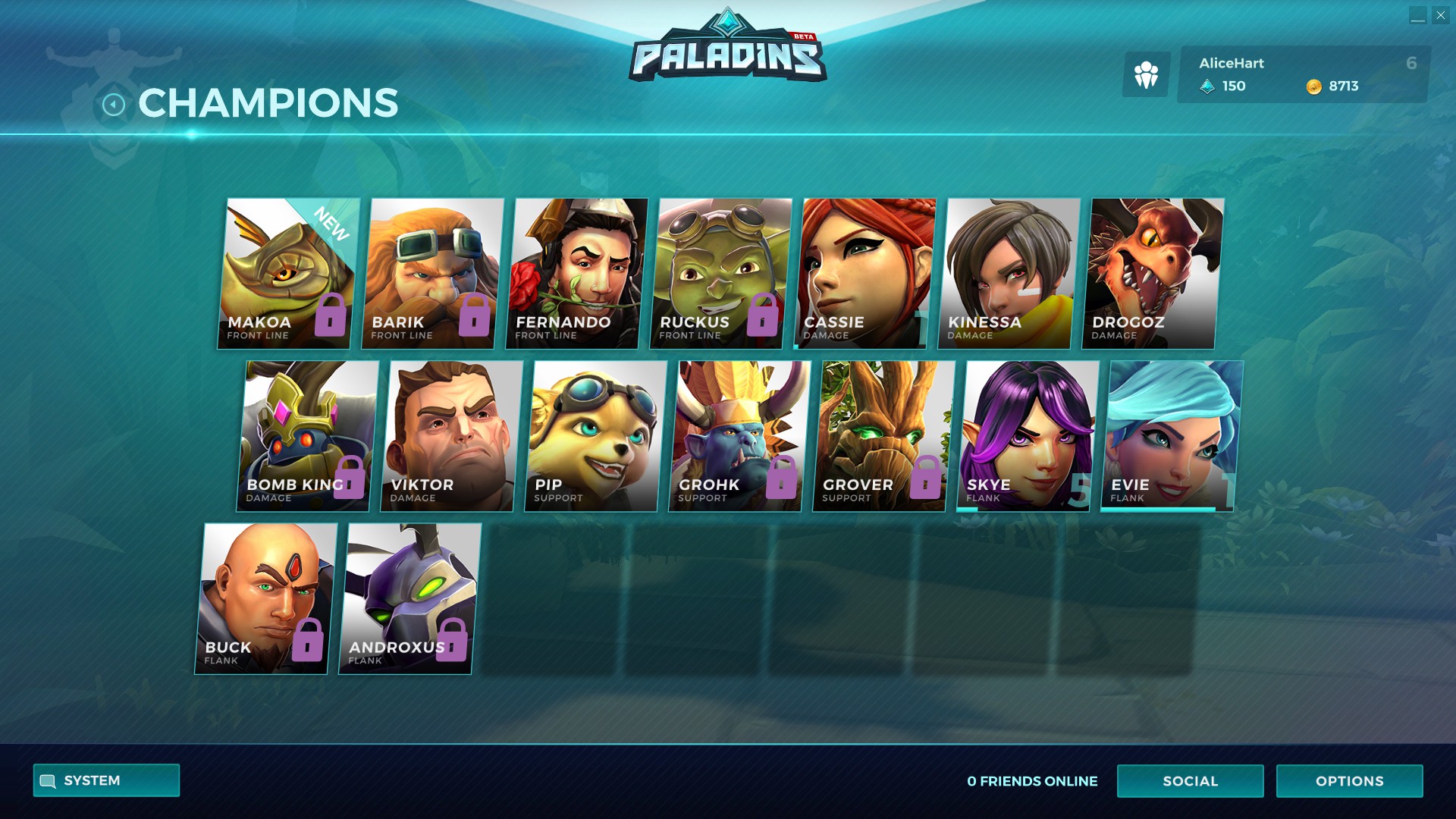 Paladins is, at it's core, an FPS Hero Shooter, sporting a number of fairly well designed characters across the board and each of them play differently from one another. They also divvy up in categories, similar to other titles in the same genre - these being Tanks, Damage Dealers (DPS), Flank (DPS), and Support (usually healer). In Paladins, however, these categories aren't really a defining characteristic of most characters - the support character Pip only has one dedicated skill to Healing while the rest of his kit is strictly meant for DPS, for example.

These traits do help Paladins differentiate what would be a solid "Holy Trinity" system like those found in MOBA's, MMO's or even a game like Overwatch and are, in my opinion, very much welcome. That being said though, Paladins DOES NOT allow for Hero switching on the fly and there are a number of reasons behind this decision, that ultimately I don't agree on whatsoever. 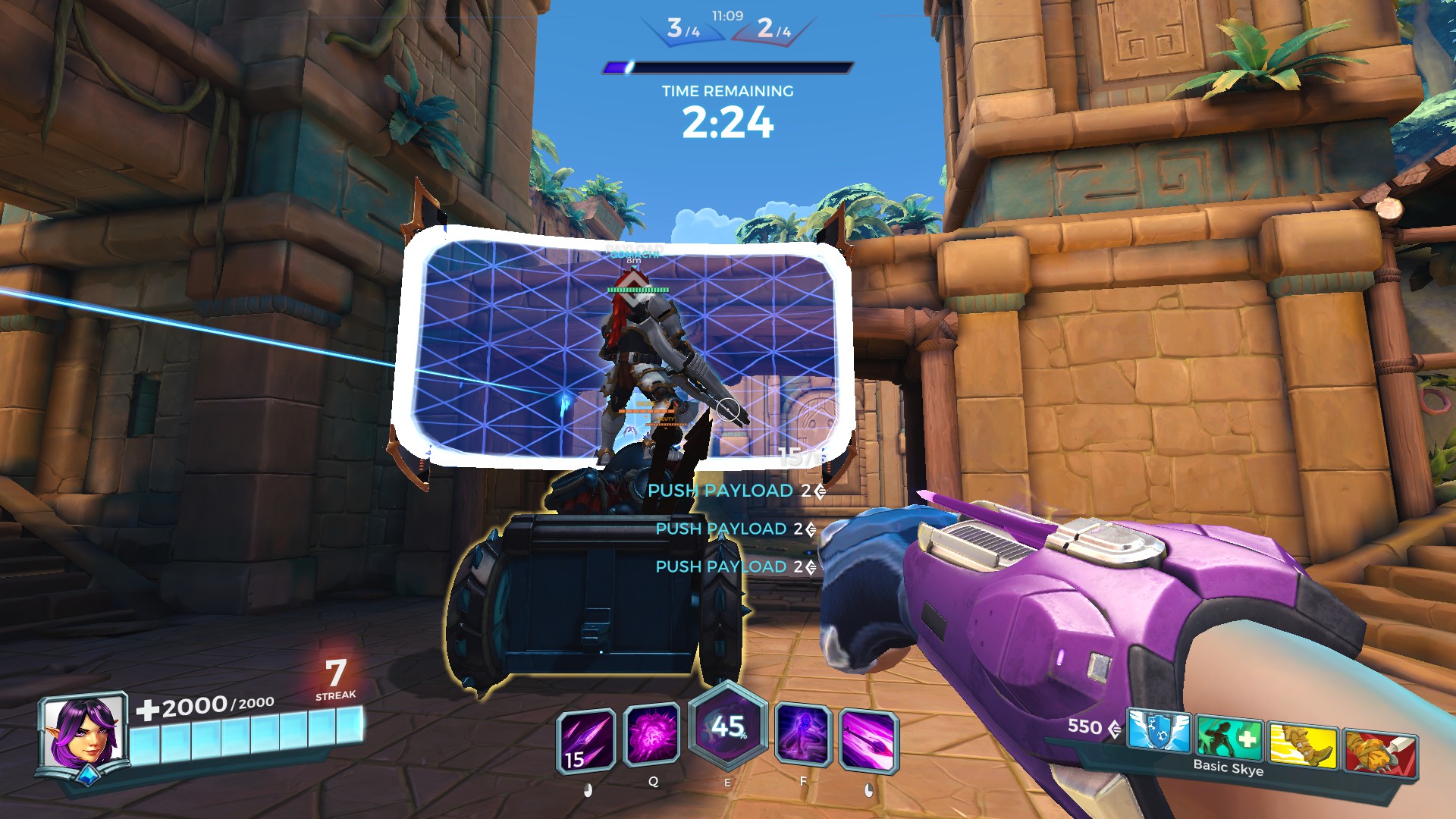 For starters, player by player performance is a thing; and secondly, you can't really see your enemy team and their picks once picks have been finalized. Why is this important? Well, in a MOBA, while Heroes do have counters, these counters can be mitigated or offset by that character's skill tree that's upgraded on the fly and these skill trees can change the dynamics of the character and how they play meaning you can turn a character that can be easily countered by another, into the other's sub counter in a best case scenario.

In Paladins, however, none of the characters fundamentally change or "level up" to become another's counter but instead, if said character is easily beat out by another, then you're pretty much out of luck. This being said, most of the characters, while they play differently, feel kinda homogenized to where they all have some sort of response to most things in the game.

Another issue Paladins has (at the time of writing, mind you) is that some characters feel very unbalanced. Barik (the dwarf looking character that places turrets) feels very, very weak and underwhelming to play. His turrets don't deal enough damage by themselves and are easily dispatched with by nearly every character in the game and his Shield wall, while good for protecting his turrets, can often by circled around VERY easily ; and on the other end of the spectrum, you have Skye, a stealth character that feels fun to play and rewarding, but has ludicrously high damage for how accurate she can be. She has a move that poisons targets and deals Damage over Time that also applies a damage buff to Skye making her Burst damage the highest in the game - and these are just some of the issues the game has in terms of balancing, thankfully though, every character felt at least viable to use in almost every situation. 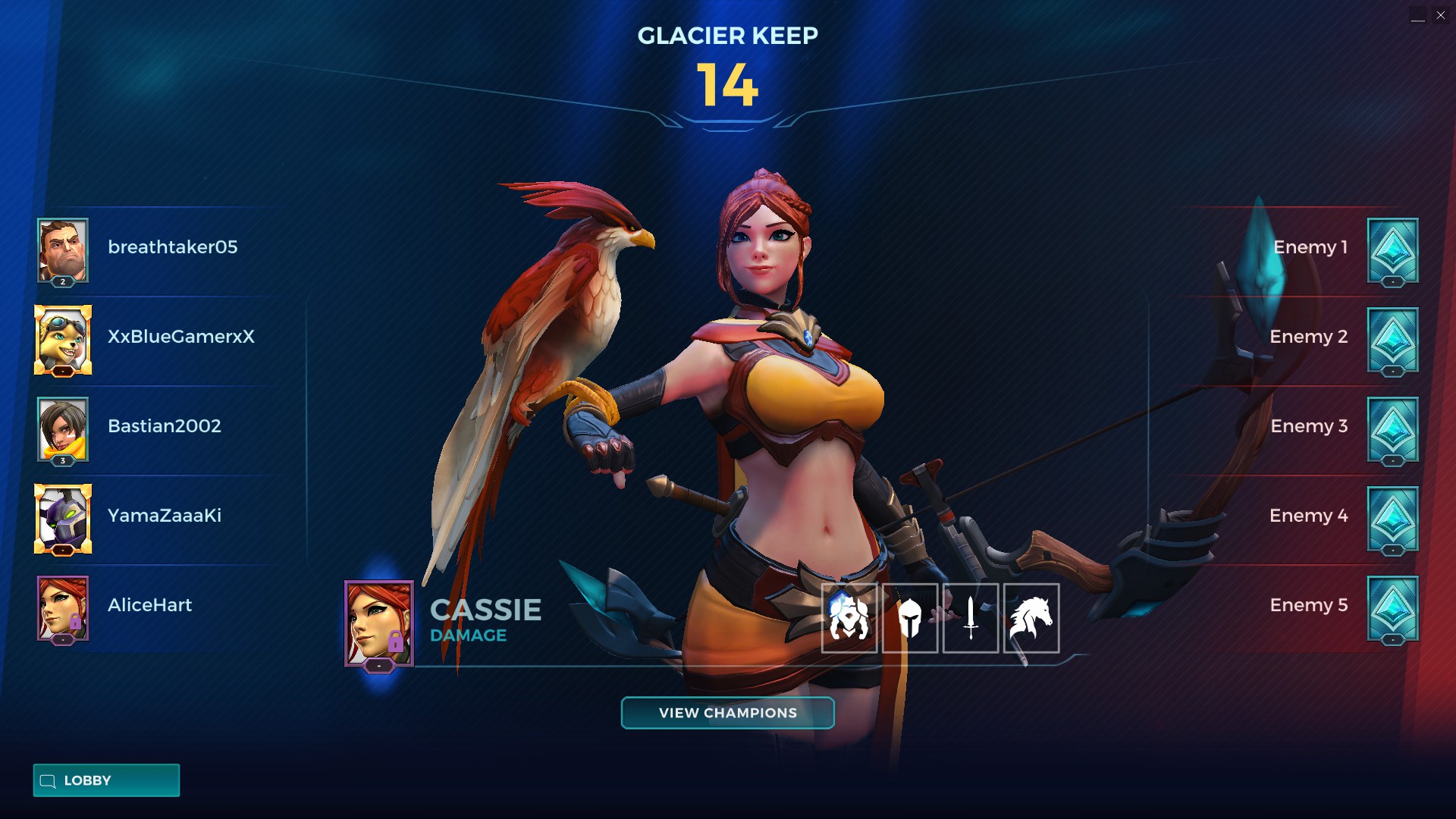 Paladins also only has one game mode, a hybrid game mode of Capture and Push/Defend the Payload. And around 3 different map locations with varying map areas. Maps in a previous version of Paladins were considerably larger, but were ultimately more bland and had a lot of downtime; the new maps are divvied up by sorta zones, for example: Temple Isle has 3 different zones that you can spawn into, so even if the map says "Temple Isle', it may not necessarily mean it's the exact same map everytime, however, this gives Paladins a very small map count in which to play with, and it can get old fairly fast. [AT THE TIME OF WRITING]

Characters also have mounts, but these are generally very pointless at the moment as well. Mounts only really serve to bring you back into the action faster, which helps increase the game's pace, but ultimately makes Player Kills a lot less valuable in the long run.

And Lastly, the game applies a sort of "Loadout System" that uses cards that can be each leveled up individually, but have a restriction on how many points can go in per deck. These are character buffs that serve to add a bit of complexity to each character, but not change them dynamically. For instance, Skye can have cards that make her faster while being in stealth mode and other characters may have cards that increase their damage, up their ammo count, take less damage, etc. It's a fun system to play around with, but may feel a little pay to win in the future because it also serves as the game's possible main Progression route with characters, and no doubt there will exist a "Top Tier" loadout for each character as time progresses. 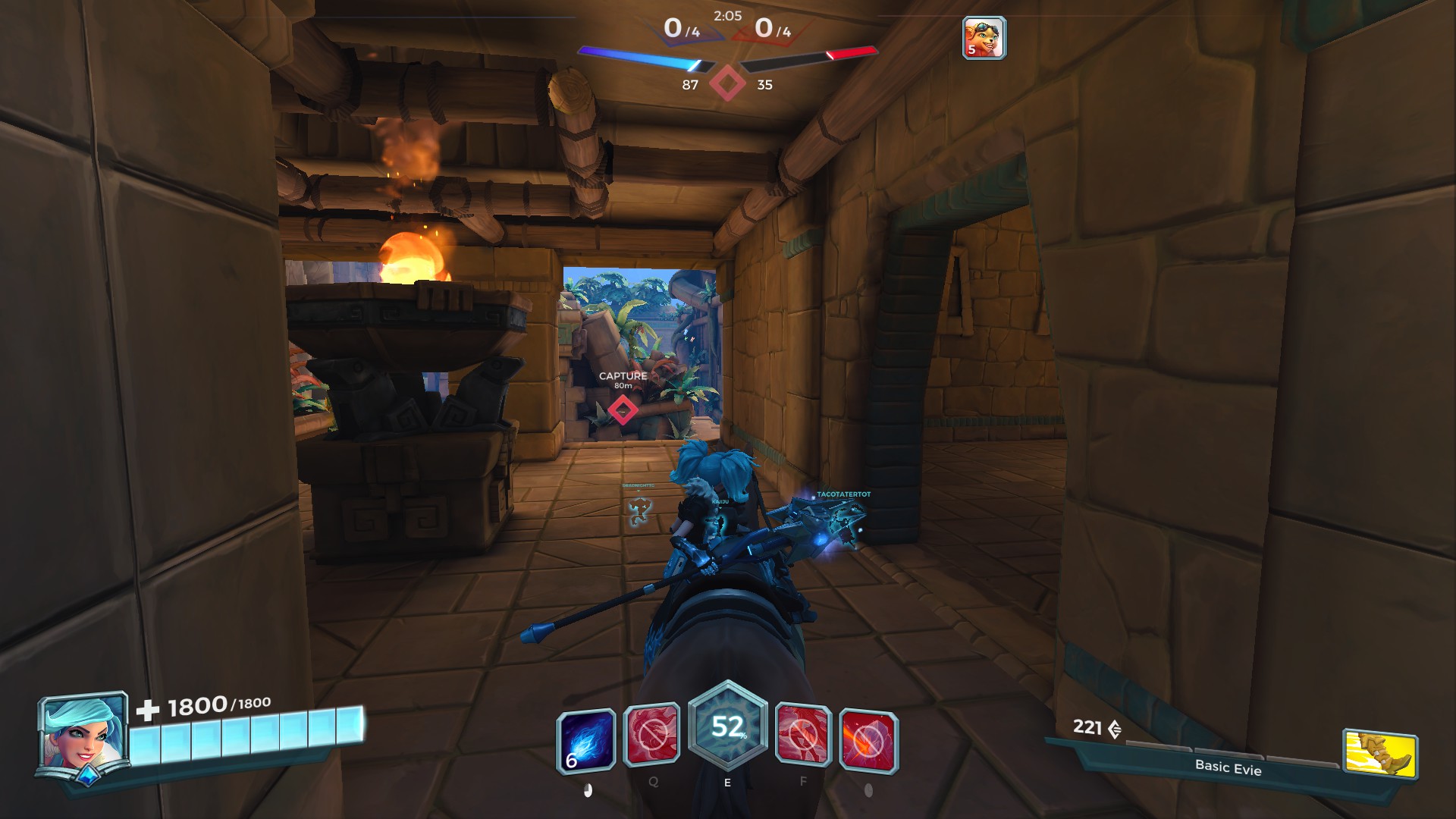 Paladins has a very "Hi-Rez" studios traditional look to it, with very colorful and often cartoony looking characters that are fairly well animated. Maps are fairly varied looking so you won't exactly see the same area twice, which is a good thing. Character designs are very varied as well, sporting something like you'd see in Final Fantasy X - that is to say, a kinda "tech in ruins" kinda fashion style, where areas are very traditional and often medieval looking, but characters and some of their arsenals are tech heavy. You'd be hard pressed to find a jetpack equipped Crocodile flying around shooting rockets in medieval times!

Textures are simplistic, but work very nicely with characters, the stages don't look as complex or as polished as the characters do, however. Some textures look extremely out of place in contrast to character models. The game's menus have a nice and clean look the them that I very much enjoyed seeing, if a bit overcluttered with videos and the such that really only look to be there as "filler". 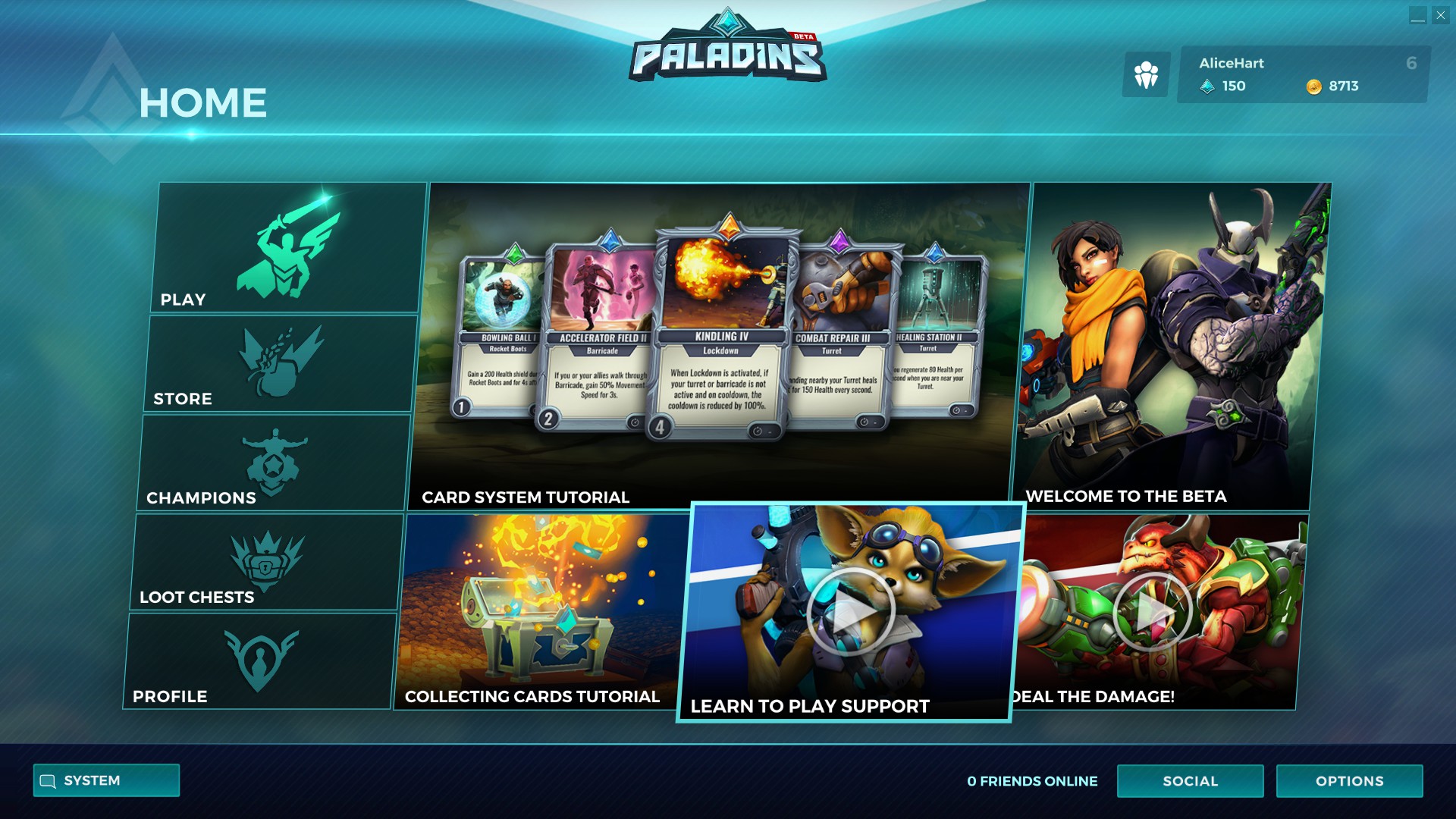 The music in the game is also kinda... forgettable. Outside of the constantly repeating theme, I struggled to really find any music I enjoyed listening to outside the game. It's all very generic sounding.

Characters all sound nicely though. Each one has their own set of personalities, accents and sound effects to their own moves that are mostly unique to them, which is a very nice touch.

Each character also has a fair bit amount of Skins to purchase or earn. Some a bit more than others, and some more unique ones than others have as well. Most of them can be purchased with either a high amount of in game Gold, or Crystals, Hi-Rez' currency, which I'll be touching up on more below. 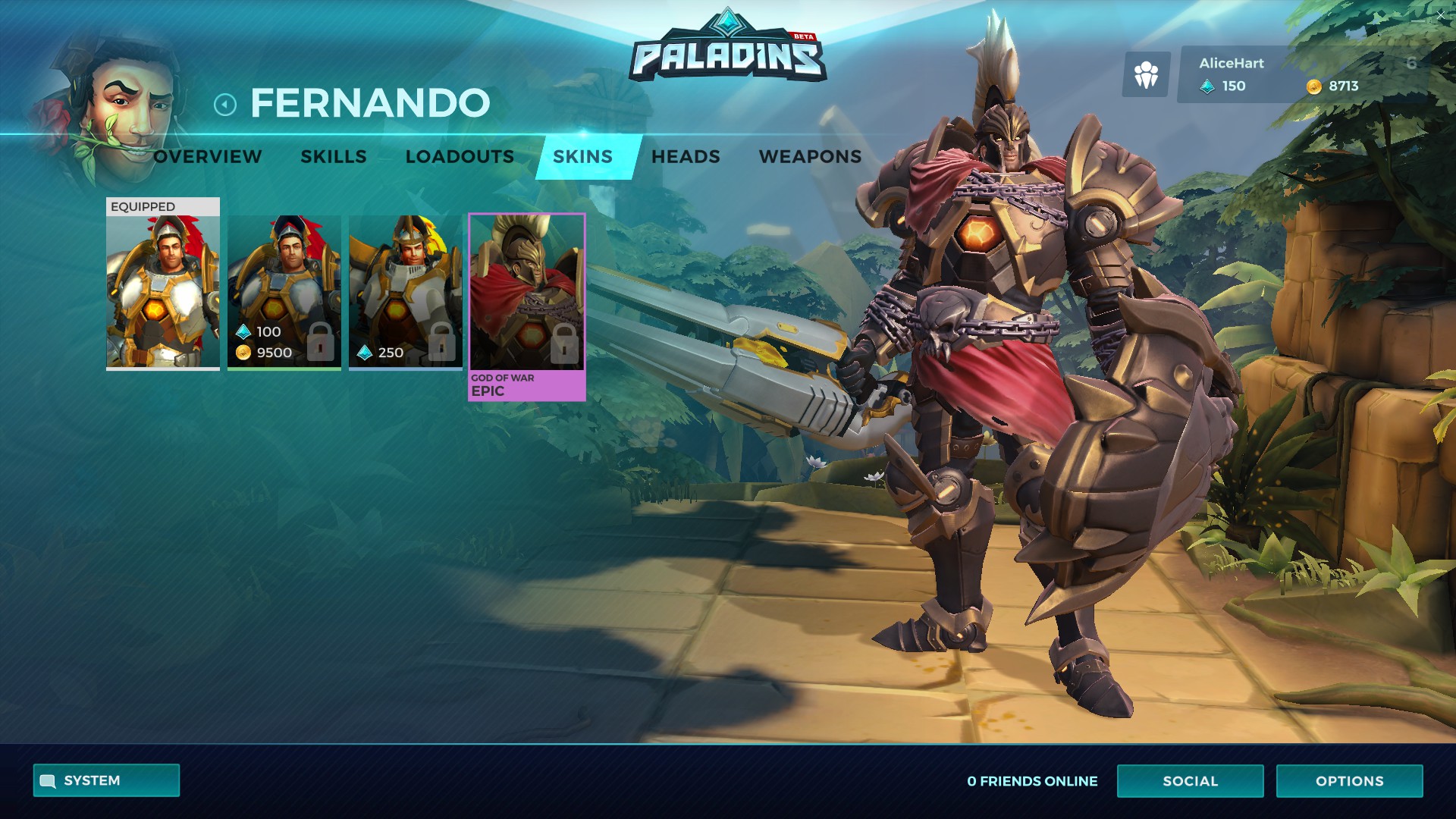 Speaking of Currencies. Paladins is entirely Free to Play, and most of what is in game is purchaseable with in game gold that is earned through Matchmaking. Like true Hi-Rez fashion, most of the skins for each characters can only be either obtained through Promos or Purchased with Crystals, some of which did leave an extremely sour taste in my mouth. For instance, there are only a set number of crystals you can purchase per pack, but you'll usually have some Crystals left over that you most likely can't use for anything else until you buy more crystals.

The skins that are earnable through the game, at this time, are simple recolours that don't look all that interesting for most, if not all characters, and not every character has an "Epic" skin to go along with them, which is a huge letdown.

The game also has a Loot System in place that is vaguely similar to Overwatch in which everytime you level up, you get a chest you can open for a change at items. These being cards for the Loadout System. 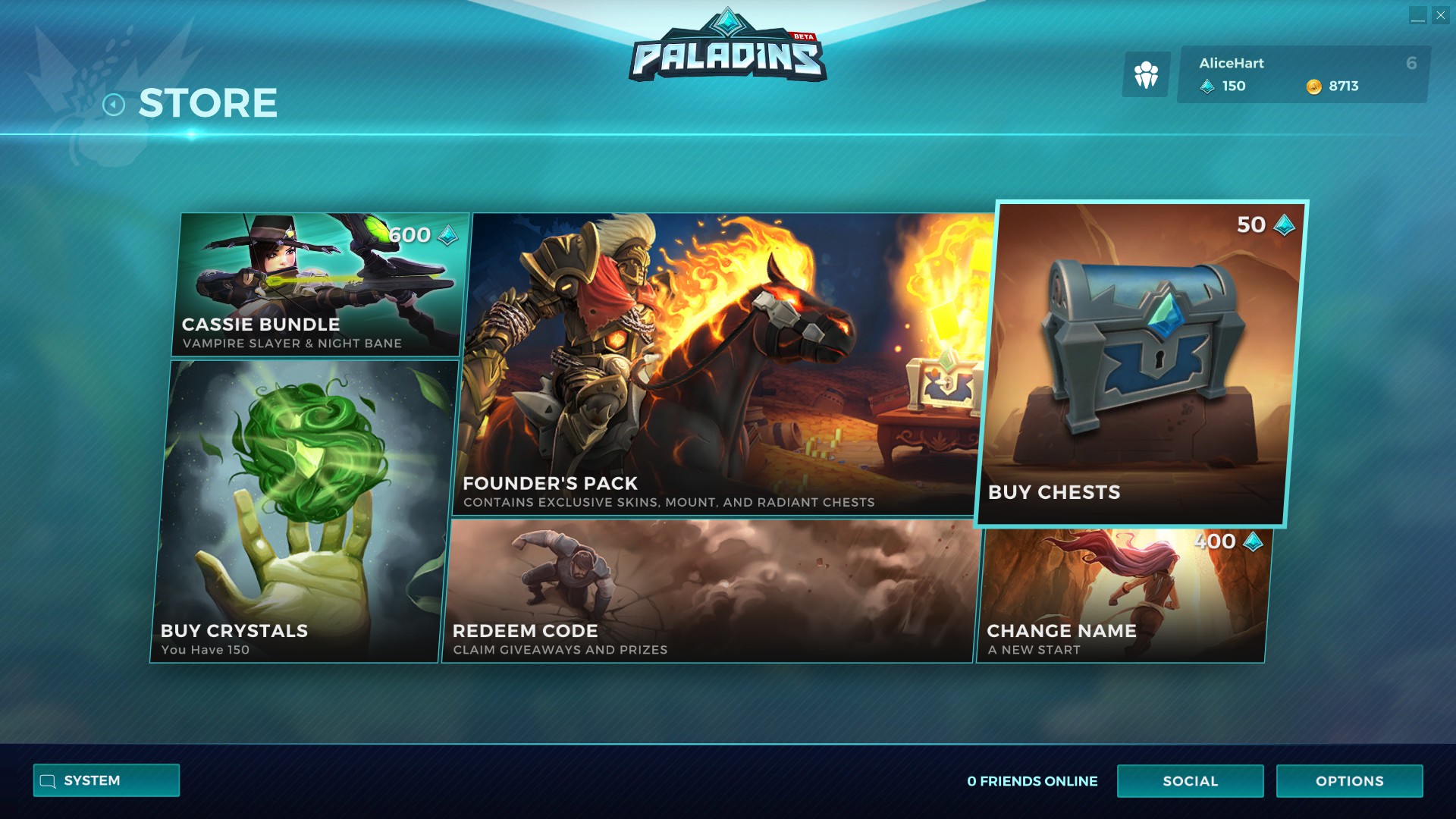 All in all, Paladins is a fun game to play and is a nice alternative to other titles in the Hero FPS Genre, there are a great number of things this game does wrong, like make you play against bots until you're Player Level 5, lock you in place with a character with no real way to switch, and the game penalizes you for leaving a game as well, so once you begin you're pretty much forced to stay in there - but the things it does right, like character complexity with progression, lightning fast gameplay and some nifty character designs do help the game a bit.

Taking all this in mind though, as a game, it is fairly average at the moment though, while the cartoony look will help make it feel more "timeless" in a way, the low quality texture work across most of the game, the small and limited number of maps, and the very small amount of cosmetics the game has will likely only serve you as an alternative for a short while if you don't get immediately bored from playing against bots.