Natural Selection 2 pits alien against human in an action-packed struggle for survival. Wield devastating weaponry as a Frontiersman marine, or become the xenomorph as a deadly Kharaa lifeform.

Natural Selection 2 is a First Person Shooter and Real Time Stategy game rolled into one! Each team, alien and human, has a Commander. The Commander looks down on the battlefield and issues orders, places structures, collects resources, researches technology, and deploys abilities.

Here are some gameplay examples: A human Commander could drop health packs and ammunition to a trapped marine squad, and deploy sentry guns to help them defend their position. Or an alien Commander could grow a new Hive to spread infestation throughout newly captured territory, allowing more alien eggs to spawn...

Aliens players choose to evolve into one of five lifeforms: The fast, fearsome Skulk can run on walls and deliver massive damage with its jaws. Lerks fly and deploy gasses to support their teammates in battle. Gorges heal other lifeforms and build tunnels, hydra turrets, walls, and other tactical structures. Fades blink in and out of battle, picking off marines with giant scythes. Finally, the giant Onos is so massive and so tough, that even entire marine squads can't take it down.

When attacking on foot doesn't cut it, marines can construct hulking Exosuits wielding miniguns and railguns, and equip jetpacks for high speed assaults on alien Hives.

Natural Selection 2 comes with all the tools we used to make the game. All game code is open source. That means you can create, and play, an endless variety of mods. Publish, share, and download mods from the Steam Workshop, and automatically download mods when you join modded games.

Play a round as a Marine
Strategic Thinking

Play a round as an Alien
Demolitions

Deal 7500 structure damage in a single round
First Class Post

Use a Phase Gate
Tag!

Kill a Marine while having full health
Traveler

Deal 4000 player damage in a single round
Mood Lighting

Use a Gorge Tunnel
Security Detail

Kill an Alien while defending an Extractor
Air Defense

Kill a Marine who has a Shotgun
‘Tis But a Scratch

Kill a Marine who has a Flamethrower
Unfair Advantage

Kill a Marine after sneaking as Skulk
Big Game Hunter

Kill an Onos
Eat Your Greens

Kill a Marine while defending a Harvester
You're Walking Now

Destroy an Exosuit
The Doctor is In

Weld your team mates 10 times in 1 round
Burning Cash

Parasite 10 Marines in a single round
Repairman

Kill a Marine with 2 bites and a parasite
Cultivation

Rattling the Cage reaps its own reward
Wall Hacks!

Parasite 20 Marines in a single round
Barking Dog

Destroy 5 Extractors in a single round
Dambuster

Kill 5 Harvesters in a single round
Arcade Champion

Kill a Marine while defending a Harvester 5 times in a single round
It came from...behind

For when a regular facepalm doesn't cut it...
Darwin Award

Too determined to listen to good advice.
Rifles Only

Destroy 10 Extractors in a single round
No Tech For You

Kill 10 Harvesters in a single round
Adam Smith

They say there's gorge treasure out there somewhere...
Trust No-one

I don't know what's in there, but it's weird and pissed off, whatever it is.
Sgt. MacReady

Gorges can only take so much...
TSF Marine 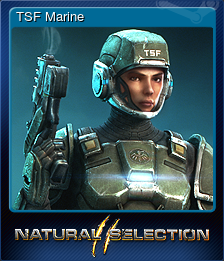 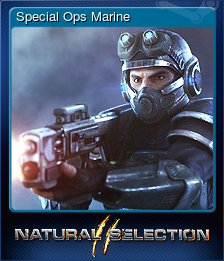 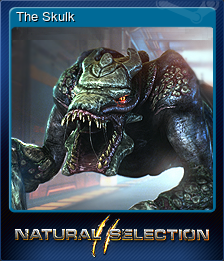 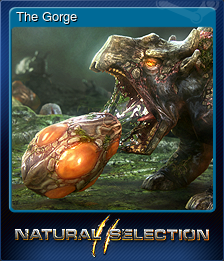 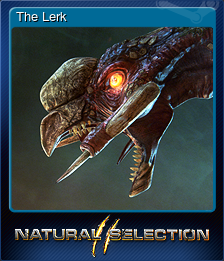 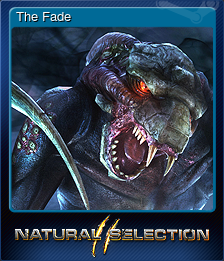 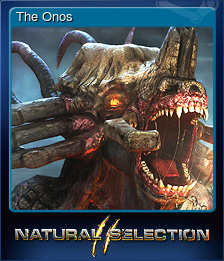 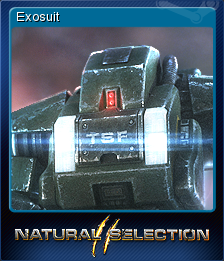