THE EPIC BATTLE FOR SURVIVAL

In a dying world, legend has it that a Chosen One will one day rise from amongst the people and the land will be reborn. The line between good and evil blurs in this epic adventure where the fate of two interlocked worlds hangs in the balance.

AN EPIC ADVENTURE – Over 80 hours of gameplay in this epic, emotionally charged storyline.

FIRST TIME ON STEAM – Based on the PlayStation®3 port of the original GameCube game, this RPG classic is finally available for PC.

Cooked for the first time. Don't worry about messing up, just keep challenging yourself!
Love Me Tender

Your maximum hit number is 10! Work with your friend and pummel the enemy!
Blacksmith's Hours

Customized a weapon for the first time. There is no such thing as a useless weapon.
Celebrate 100!

Performed a unison attack for the first time. Everyone was in unison.
Cleared Sylvarant

Lloyd and his party have now arrived in Tethe'alla.
Finality

Lloyd and his party can now move between the two worlds.
Universal Knight

Lloyd has obtained 10 titles. He has many titles as a swordsman, but does that mean he's a great swordsman?
Cleared Derris-Kharlan

Colette has obtained 10 titles. She's not ditzy all the time!
Sword Dancer Slayer

Defeated all 3 Sword Dancers. You can open a weapon shop with all their swords. But that's too much work.
Raine the Healer

Raine has obtained 10 titles. Professor Raine can be scary, but she is very kind at heart.
Ball and Stick Apprentice

Defeated Abyssion. So there!
Tenfold Summoner

Sheena has obtained 10 titles. Mysterious in an assassin way?
The Sister: Seles

Your maximum hit number is 100! Why do your enemies even try?
Regal Weapon

Cleared the game with the difficulty set to "Hard." Challenge "Mania" next time.
10 Presea

Presea has obtained 10 titles. She looks like a child.
Three Legendary Heroes

You played 100 hours! Thanks for playing! (I hope you were playing.)
A Collector's Collector

You completed the Collector's Book! You must now know the true meaning of the universe.
Monster Fanatic

You completed the Monster List! So how many monsters did you kill?
Kratos the Knight

Kratos has obtained all titles. He is everyone's hero.
My Dear Colette

Colette has obtained all titles. I guess you love Colette?
Worldwide Knight

Cleared the game with the difficulty set to "Mania." Were the battles epic?
Ball and Stick Master

Raine has obtained all titles. She's scary, but she heals you.
Regal the Great

Regal has obtained all titles. They're just filled with Regal's greatness.
All of Presea

Sheena has obtained all titles. The most powerful summoner that commands the summon spirits.
Zelos the Harem Master

Zelos has obtained all titles. He has bewitched all women.
Lloyd 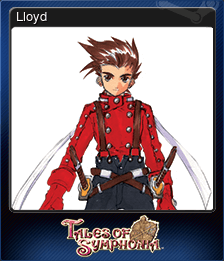 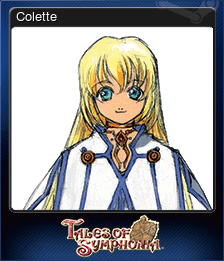 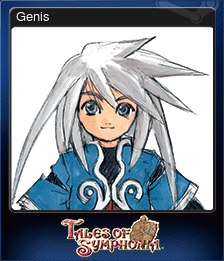 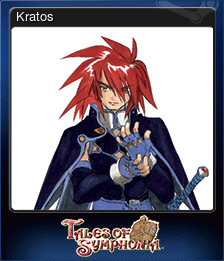 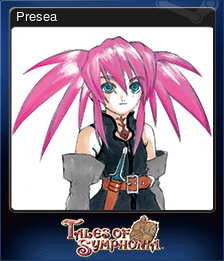 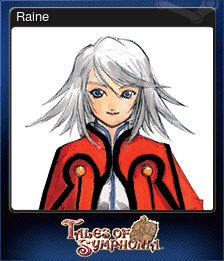 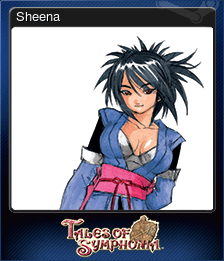 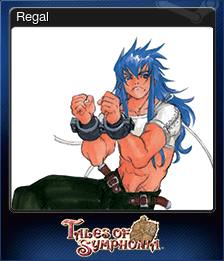 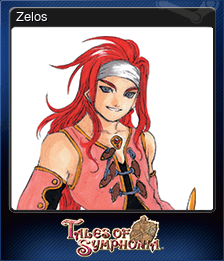