note: this content is only available in english language

303 Squadron: Battle of Britain portrays the life of WWII heroes from an unique perspective. Joining the 303 Squadron you will fight with other pilots in realistic history-based battles, but also repair your planes in 1st Person Mechanic Mode. The open world of RAF Northolt Base allows you to experience the daily life’s struggles of War and discover countless additional side-missions.

Thanks to the variety of available roles, you will be able to embrace the real life of Fighter Squadron and get to know the importance of each role- from the ground crew to the pilot.

The gameplay is entirely based on historical events. All the characters, missions, even planes’ mechanics is precisely and realistically recreated in order to deliver the most exciting, unique and inimitable experience. Most importantly, 303 Squadron: Battle of Britain is a game, but also a tribute to all the heroes of 303, and other, Squadrons.

No. 303 Fighter Squadron was formed in Britain in July 1940 comprised of polish and other nations pilots. It fought alongside other RAF units in the Battle of Britain. The 303 Squdadron was well-known for its bravado, fearless attitude, precision and professionalism. During the WWII, they were one of the most effective units of Royal Air Force.

Now, you can learn about those heroes. And become one of them.

add to wishlist
Boiler with Wings

Boil the engine
Keep up!

Shoot down your first foe
Not a Scratch

Finish a mission without sustaining any damage
Hard Contact

Finish a mission in a Realistic Mode
Rewriting History

Shoot down the enmy in Tutorial
Put Differences Aside

Protect Major Kellet during "The Baptism of Fire"
Crazy Pole

Shoot down 5 enemies during one sortie
So It Begins

Finish the first week
Who eats the remains...

Do a 360 degree jum on bicycle
Angel of Vengeance

Shoot down the enemy plane while diving sharply
A Bloody Submarine

Shoot down the enemy plane while climbing steeply
Heavy Fighting

Shoot down all bombers by yourself in any mission
František's Fan

Shoot down 100 enemy planes
The Battle of London

Finish the third week
In Every Detail

Keep on running with the soldiers
His Royal Majesty

Pay your respects to the King
Remember Your Roots

Pay your respects to the Flag
Vengeance Time

Finish the fifth week
Saved by the bell

Shoot down 20 of each enemy plane type
One Fix Does It All?

Use the Mechanic Mode 20 times
Scrapper

Shoot down 8 enemy planes without reloading
Save Your Soles

Have every conversation possible
The Toughest One

Finish each mission with a highest score
Virtuoso

Finish a custom mission in a Spitfire
Heinkel He 111 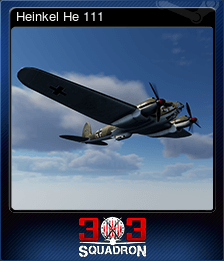 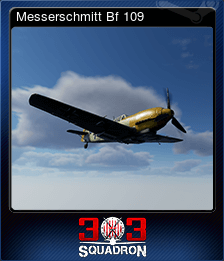 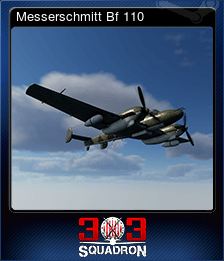 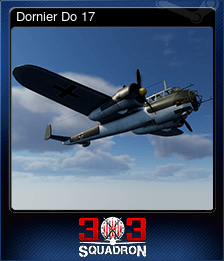 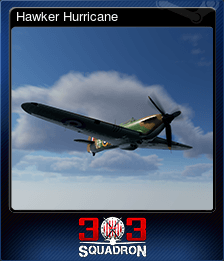 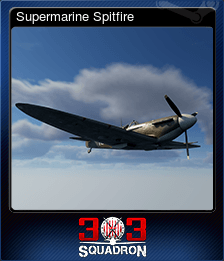