Bedlam is a unique FPS game based on a novel of the same name by cult Scottish author Christopher Brookmyre.

Pitched as a shooter for those who survived online gaming in the 80s and 90s, Bedlam takes a look through an iconic time in online gaming and serves up some authentic gaming nostalgia with up-to-date graphics and gaming features. Bedlam is set entirely in the first-person but will explore other game genres from a first-person perspective.

In the game you play Heather Quinn (aka Athena) a colleague of Ross Baker (aka Bedlam). Heather is an overworked and underpaid scientist developing medical technology for corporate giant Neurosphere. One rainy Monday morning Heather volunteers as a test candidate for the new Neurosphere brain scanning tech - anything to get out of the office for a few hours.

But when she gets out of the scanner she discovers she's not only escaped the office, but possibly escaped real life for good! Heather finds herself trapped in Starfire - the violent sci-fi game she spent her teenage years playing - with no explanation, no backup and, most terrifyingly, no way out!

Join us in Early Access and get ready to unleash BEDLAM.

Heaven is a prison. Hell is a playground.

Would it be your ultimate fantasy to enter the world of a video game?

A realm where you don’t have to go to work or worry about your health; where you can look like a hero or a goddess; where you can fly space-ships, slay dragons, visit any period in history, any realm in fiction, yet all of it feels completely real. A realm where there are no consequences and no responsibilities, to the extent that even if you die, you can just respawn and start again.

Or would it be your worst nightmare?

Trapped in a place where every demon ever conjured by the human mind can be made flesh. Cut off from the real world, unable to see your family or friends ever again. Stuck in an endless state of war and chaos where the pain and fear feels real and from which not even death can offer an escape.

Prison or playground. Heaven or hell.

This is where you find out

Check out the first hands on preview of Bedlam by Rock, Paper, Shotgun: http://www.rockpapershotgun.com/2014/07/25/bedlam-game/

One of the first Bedlam play thru's by Jim Sterling of The Escapist: https://www.youtube.com/watch?v=Jutpej9ZcyM
And coverage about our female lead character Heather Quinn by BBC News: http://www.bbc.co.uk/news/uk-scotland-highlands-islands-27695235

add to wishlist
Flex Those Fingers

Encounter the Accounts Dept.
Is That Wheelie The Boss You Can Do?

Destroy all three guard towers in Death's Dark Vale
...But You wouldn't Want To Live There

Reach the end of the Boulevard du Burnistoun
Killing Spree

Mess with The Valve
We've got a kill screen

Clear the Chilli Comper Maze
Shall I fetch a cloth?

Escape from Age of Attrition
2-D or not 2-D? 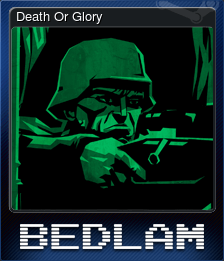 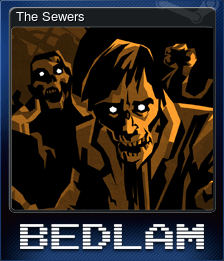 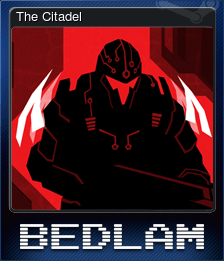 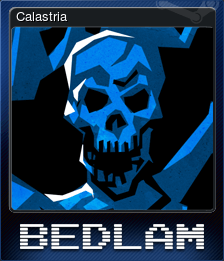 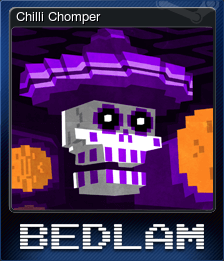 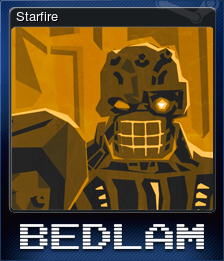