NOTE: This PRODUCT will only redeem in EU regions

El Presidente is back!

Play on large archipelagos for the first time in the series. Manage multiple islands at the same time and adapt to various new challenges.

Send your agents on raids to foreign lands to steal world wonders and monuments, to add them to your collection.

Customize the looks of your palace at will and choose from various extras.

Tropico 6 features a revised research system focusing on the political aspects of being the world’s greatest dictator.

Election speeches are back! Address the people and make promises that you can’t possibly keep.

Online multiplayer for up to 4 players.

In times of political turmoil and social unrest, the people are calling for visionary leaders, who will steer the fate of their country with foresight and ingenuity. Prove yourself once again as a feared dictator or peace-loving statesman on the island state of Tropico and shape the fate of your very own banana republic through four distinctive eras. Face new challenges on the international stage and always keep the needs of your people in mind.

For the first time in the series, manage extensive archipelagos, build bridges to connect your islands and use new means of transportation and infrastructure. Send your Tropicans on raids to steal the wonders of the world, including the Statue of Liberty and the Eiffel Tower. Customize your palace at will and give election speeches from your balcony, to win the favor of your subjects.

Spend 5 hours playing Tropico 6
The Beginning of a Servantship

Reach a population of 1000
Trade Is My Trait

Finish a sandbox game without any imports
I Owe You Nothing

Have 20 inspiring statues at the same time
Go Sovereigns!

Complete Mission "Take Me Out to the Ballgame"
Happy Ending?

Complete Mission "Acts of God"
The Time For Wonders

Win a multiplayer game as a team
Curse Of The Mummy

Have a Space Mission end with a special event.
From Knight to Little Duck

Perform 500 raids across all games
Beware The Betman

Complete Mission "The One Percenters"
Computer Says "No"

Generate $3,500 in a month with convict labor
Apocalypso

Generate 15 random maps
Been there, Done That 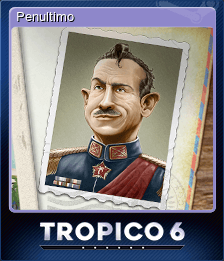 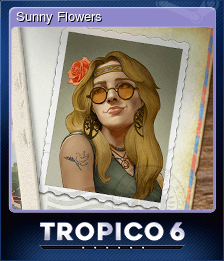 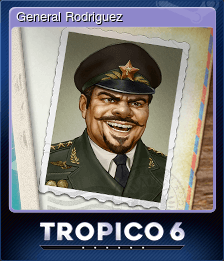 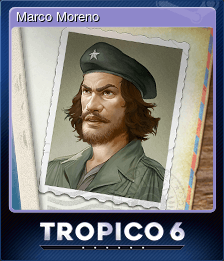 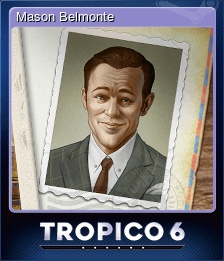 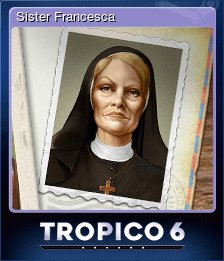