From Valve (the creators of Counter-Strike, Half-Life and more) comes Left 4 Dead, a co-op action horror game for the PC and Xbox 360 that casts up to four players in an epic struggle for survival against swarming zombie hordes and terrifying mutant monsters.

Set in the immediate aftermath of the zombie apocalypse, L4D's survival co-op mode lets you blast a path through the infected in four unique “movies,” guiding your survivors across the rooftops of an abandoned metropolis, through rural ghost towns and pitch-black forests in your quest to escape a devastated Ground Zero crawling with infected enemies. Each "movie" is comprised of five large maps, and can be played by one to four human players, with an emphasis on team-based strategy and objectives.

New technology dubbed "the AI Director" is used to generate a unique gameplay experience every time you play. The Director tailors the frequency and ferocity of the zombie attacks to your performance, putting you in the middle of a fast-paced, but not overwhelming, Hollywood horror movie.

Set in the zombie apocalypse, Left 4 Dead 2 (L4D2) is the highly anticipated sequel to the award-winning Left 4 Dead, the #1 co-op game of 2008.
This co-operative action horror FPS takes you and your friends through the cities, swamps and cemeteries of the Deep South, from Savannah to New Orleans across five expansive campaigns.

You'll play as one of four new survivors armed with a wide and devastating array of classic and upgraded weapons. In addition to firearms, you'll also get a chance to take out some aggression on infected with a variety of carnage-creating melee weapons, from chainsaws to axes and even the deadly frying pan.

You'll be putting these weapons to the test against (or playing as in Versus) three horrific and formidable new Special Infected. You'll also encounter five new uncommon common infected, including the terrifying Mudmen.

Helping to take L4D's frantic, action-packed gameplay to the next level is AI Director 2.0. This improved Director has the ability to procedurally change the weather you'll fight through and the pathways you'll take, in addition to tailoring the enemy population, effects, and sounds to match your performance. L4D2 promises a satisfying and uniquely challenging experience every time the game is played, custom-fitted to your style of play.

Kill a Spitter before she is able to spit.
A RIDE DENIED

Kill a Jockey within 2 seconds of it jumping on a Survivor.
ARMORY OF ONE

Deploy an ammo upgrade and have your team use it.
CRASS MENAGERIE

Kill one of each Uncommon Infected.
PRICE CHOPPER

Use a bile bomb on a Tank.
TORCH BEARER

As the Spitter, hit every Survivor with a single acid patch.
WEATHERMAN

Use every melee weapon to kill Common Infected.
QUALIFIED RIDE

As the Jockey, ride a Survivor for more than 12 seconds.
BACK IN THE SADDLE

As the Jockey, ride the Survivors twice in a single life.
SUPREME SACRIFICE

As the Charger, grab a Survivor and smash them into the ground for a solid 15 seconds.
RODE HARD, PUT AWAY WET

As the Jockey, ride a Survivor and steer them into a Spitter's acid patch.
FRIED PIPER

Collect 10 vials of Boomer vomit from infected CEDA agents you have killed.
DEAD IN THE WATER

Kill 10 swampy Mudmen while they are in the water.
GHOST OF CHRISTMAS PRESENT

Have Bill sacrifice himself for the team.
KILLING THEM SWIFTLY TO THIS SONG

Survive the Cold Stream campaign on any difficulty.
A SPITTLE HELP FROM MY FRIENDS

As the Spitter, spit on a Survivor being choked by a Smoker.
DISMEMBERMENT PLAN

As the Charger, grab a Survivor and carry them over 80 feet.
KITE LIKE A MAN

Kill a Tank only with damage from the original Survivors.
CACHE GRAB

Honk the noses of 10 Clowns.
FORE!

Knock off the heads of 18 infected with the golf club.
VIOLENCE IN SILENCE

Navigate the impound lot and reach the cemetery safe room without tripping any alarms.
SCATTERING RAM

As the Charger, bowl through the entire enemy team in a single charge.
Valve Gift Grab 2011 – L4D2

Collect three gifts dropped by Special Infected in Versus Mode.
LEVEL A CHARGE

Kill a Charger with a melee weapon while they are charging.
TANK BURGER

Stop the enemy team from collecting any gas cans during a Scavenge round.
STACHE WHACKER

Prove you are faster than Moustachio.
TIL IT GOES CLICK

Using the M60, kill 25 infected without letting go of the trigger.
CHAOS GENERATOR

Have all 3 generators running at once in "The Sacrifice" finale.
SOB STORY

Navigate the sugar mill and reach the safe room without killing any Witches.
BARREL ROLLED

Kill a Special Infected with an exploding barrel.
GONG SHOW

Prove you are stronger than Moustachio.
CACHE AND CARRY

Collect 15 gas cans in a single Scavenge round.
SHOCK JOCK

Revive 10 dead Survivors with the defibrillator.
BRIDGE OVER TREBLED SLAUGHTER

Make a Survivor drop a gas can during overtime.
WING AND A PRAYER

Defend yourself at the crashed airliner without taking damage.
CONFEDERACY OF CRUNCHES

Play a Versus game on Dead Air from start to finish.
THE QUICK AND THE DEAD

Revive 10 incapacitated Survivors while under the speed-boosting effects of adrenaline.
MUTANT OVERLORD

In a Survival round, get a medal only using melee weapons.
GAS GUZZLER

Cause 25 gas can drops as a Special Infected.
STILL SOMETHING TO PROVE

Plays games with free weekend players and helps them survive a campaign.
STRENGTH IN NUMBERS

Form a team and beat an enemy team in 4v4 Versus or Scavenge.
HEARTWARMER

In a Versus round, leave the saferoom to defibrillate a dead teammate.
PORT OF SCAVENGE

Play 5 full games of Scavenge on The Port.
SACRIFIZZLE

As a Special Infected, incap someone who is trying to sacrifice themselves.
WEDDING CRASHER

As the Charger, grab a Survivor and crash them through 8 chairs at the wedding.
Boomer 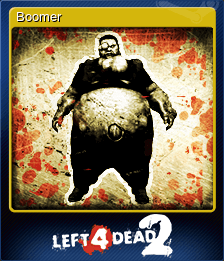 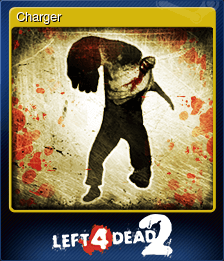 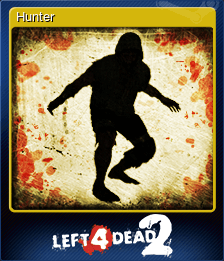 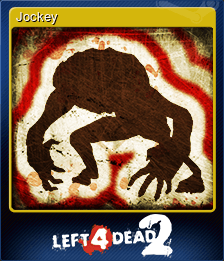 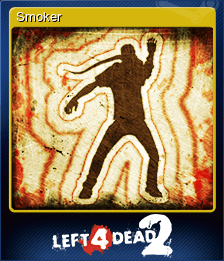 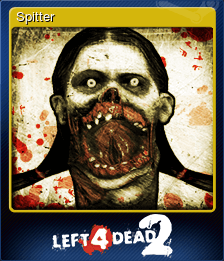 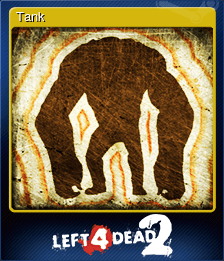 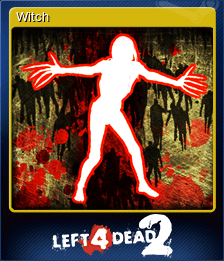