You are invited to join “The Primate Observation Club”, where you will observe the lives of caged monkeys and carefully analyze the information obtained.

Oddly enough, club members keep feeding the monkeys as though they just can’t abide by this very simple rule! How about you? Will you help those you’re spying on, extort them, expose them and sabotage their dreams, or will you follow your instructions and sit twiddling your thumbs while the world burns?

Their appetite knows no limits. It's a good idea to keep a mop near them.
Petterus supermegafan

They are crazy about spotlights, flashes and teen-ape actresses.
Ateles pencilianus

Methodical and obsessive: they don't stop until their pencil is worn down to a stub.
Macaco doctoriensis

They like money almost as much as piggybanks do.
Gorilla clubensis medus

Never trust them: they are the most immoral of all monkeys.
Galago cholesterolus

Generous by nature, they don't let any member of their group go hungry.
Prebytis freedonius

They organize themselves around charismatic and slightly genocidal alpha males.
Colobus corsarii

They love sports and cleanliness. And, above all, they hate confined spaces.
Lemur wylonii major

Amateur collectors. They always hold on to something as a souvenir.
Microcebus nudensis

They look past appearances: these monkeys look for inner beauty .
Allocebus darwiniana

Monkeys with a passion for natural selection and the struggle between the species.
Colobus express

Now you see 'em, now you don't: these are the fastest monkeys in the jungle.
Mandrillus collector medus

Experienced collectors. They have a hard time letting go of anything.
Gorilla clubensis major

The most obedient and helpful monkeys: ALWAYS at the service of their keeper.
Cebus smilenis

These monkey put the happiness of their offspring before anything else.
Propithecus molli

Half ape, half mole: these primates cannot keep their mouths shut.
Aotus chauffeurii

They hate moving around the jungle on foot.
Pongo lostintranslansis

They may communicate in a strange manner, but these apes can be very loving and passionate.
Mandrillus lupus

They transform themselves, howl and change their fur with great ease.
Mandrillus collector major

Compulsive collectors. They hold on to everything, absolutely EVERYTHING.
Hylobates silensis

The most faithful, loyal and discreet primates.
Lepilemur poopoo

The most creative and talented, although with a certain tendency towards scatology.
Callimico oviparus

The only primates capable of laying eggs.
Papio stellaris

Big fans of maxing out their credit cards without leaving the tree.
Aotus televisibus

They go crazy over the most extreme emotions on the boob tube.
Smile and say "banana" 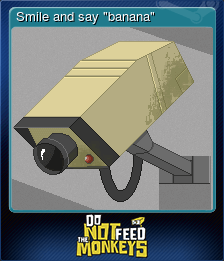 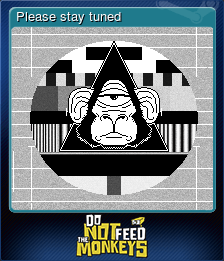 We can't take our eyes off you 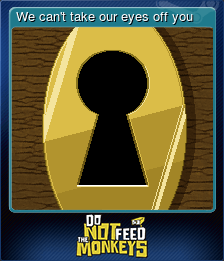 I know your deepest, secret fear 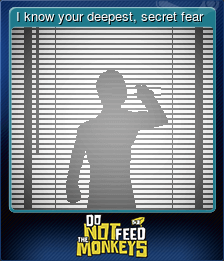 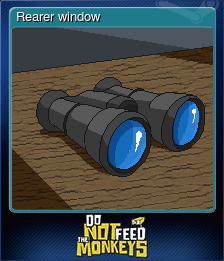