Hao-Chen Jiang did not understand what it was when he opened his eyes. Before him was a dim and dreary room that he had not seen before. Trying to get up to turn on the lights, he finds that his arms are tied behind him and that is when he realizes that he's been kidnapped. It is then that a mysterious girl appears before him and with a look of disdain tells him that he's been kidnapped and unless his family agrees to pay a ransom he has no chance to escape. But perhaps there is more to this than just money...

The rich boy stuck in his never changing daily life...
The fierce girl struggling for survival...
Two people in totally opposite positions in life.

During his days of imprisonment, they will learn of a world they were never aware of which will crumble away at their deep-rooted prejudices. In the face of confusion and the choices before them, what will they find...?

The game features a story part and an interactive part where Hao-Chen can examine the items around him as he tries to formulate a plan to escape his kidnappers but beware of your stamina! A Light in the Dark also features multiple endings and language options in English, Traditional Chinese and Simplified Chinese.

The future she expects to see.
Endless Rain

I'd rather die than submit.
Warmth

A warmth that everyone has.
A Gleaming in the Dark

A faint glimmer that guides the way.
Sickness

Keep going even with hands covered in blood.
A Light in the Dark

Unlock all achievements.
A Light in the Dark 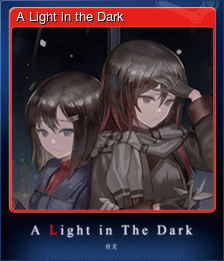 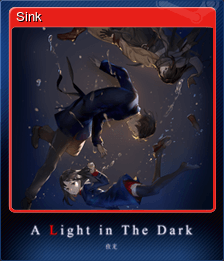 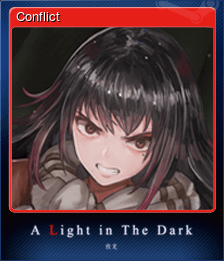 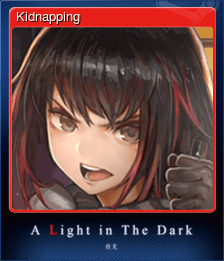 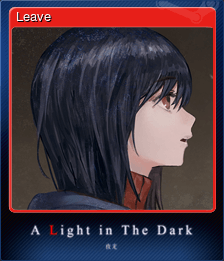