A tribe of brave warriors lies deep inside the Forest. Tabata, the Chieftain, is terribly sick and Raoni, the Wiseman, is taking care of him. A powerful Forest Spirit took over Tabata’s body and only an ancient ritual can undo the spell. Unfortunately, the most important ingredient is missing: a feather of a rare harpy named Uiruuetê. Aritana, against Raoni's decision, embarks in this dangerous mission. The sacred feather can only be found at the top of the highest mountain, through the lands of the man-eater Mapinguari.

Aritana is a platform game which the main aspect of its mechanics is the possibility of changing your stance. This stances define attributes such Speed, Jump Force, Attacks and Special Abilities. The player must choose between these stances to overcome obstacles and fight the Spirits of the Forest in a quick, intuitive and fun gameplay mechanic.

Aritana will learn new moves and abilities throughout the game and combo movements will help him fight the forest spirits. Meanwhile, Mapinguari will chase him constantly, forcing battles that require concentration and mastery of all skills learned.

With the help of the Shaman's Staff and the benefits of each stance, Aritana will be able to search for the Lost Artifacts and gain access to the Spirit World. This place is a labyrinth that holds pieces of medicinal leaves which, when collected in large quantity, can increase the player's maximum health.

The game follows the old platformer style and brings a high difficulty for those who are careless. Mastering different attacks and avoiding enviroment traps are key elements for the game.

Try to knock out a Spirit jumping over its head.
It’s a Muiraquitã!

Get one Muiraquitã.
Energy Drink

Get 100 guaranás.
Watch Your Step

Avoid getting stunned after a high fall using the Agility Stance.
May Tupã Guide Your Joystick

Lose one life in any level.
Three is Great

Bring down a tree.
Back From The Grave

Get hit by a Spirit right after it's respawn.
The Offering Ritual

Offer five Muiraquitãs at the end of any level.
Can’t You Swim?

Fall 3 times into the water during the same level.
The Song Will Show the Way

Use the Search Ability to find a secret area.
Run!

Dodge a Red Spirit and make him fall into the abyss.
The Men Eater

Lose 3 lifes against Mapinguari in any encounter.
Amulet’s Protection

Win the Cave battle against Mapinguari.
It's Faster

Find 3 combos throughout the game.
Jump!

Win the Mountain battle against Mapinguari.
Not This One!

Complete all the bonus stages.
Only Cats Can Get 7 Lives

Survive the second encounter without letting any rock hit the ground.
Wiseman’s Spirit

Survive the first encounter without losing health.
It's Easier

Make a combo using the Strenght Boost.
The Forest Amulets

Get all the Forest Muiraquitãs.
Urucum and Açaí

Find all combos.
The Mountain Amulets

Make 100% of the game and see the extended ending.
The Harpy’s Flight

Stay in the air for one minute without hitting the ground.
Balance of Nature 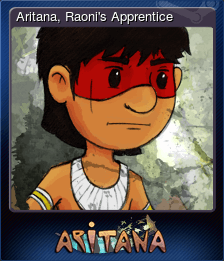 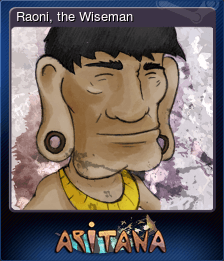 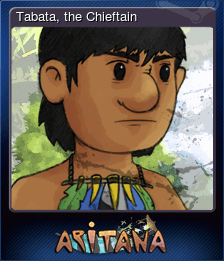 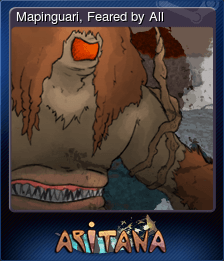 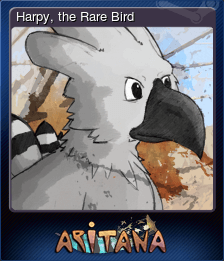 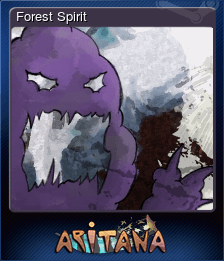