A year has passed since Anto Calias fused with the essence of the dark god Xe'on and the War of The Abyss began. The forces of The Abyss are relentless in their campaign to annihilate the world of Cora. Magus Lee must unite with allies both old and new to prevent the coming apocalypse...but what will be the cost?

Features
- The epic saga of Magus Drakhen Lee continues with over 30+ hours of gameplay.
- All new high-resolution artwork and lush landscapes will immerse you into the world of Cora like never before.
- New to the series is the inclusion of the Scion Grid for greater skill customization.
- The Active-Time Battle system returns with new features and enhancements.
- Professional-quality soundtrack, featuring independent artists such as Morte Mcadaver, Marielle Thomas, zero-project, and two tracks from acclaimed Youtube artist Eric "Erock" Calderone.
- No random battles. Enemies are visible on the map.
- Screen resolution options up to 1920 x 1080
- Enemies adapt and change tactics during combat.
- The choices you make have even greater impact and may even affect the final outcome and much more!

Transform Serena into a bunny
He's at it Again

Destroyed a teddy bear
How to Deal With Being Level 1

View the Scion Grid Tutorial
Battle of the Tigrid Seas

Informed Tia about her husband's fate
Take Her Away!

Confine Serena in the Dungeons
Counter-Offensive

Destroyed the first Nexus Tower
The Fall of Golden Horn

Completed Chapter 6
To Hell and Back

Retrieved the blood of the Revenoth
Our Forces Combined

Destroyed all 5 Teleporters
The Great Destroyer

Defeated Appolly'ione
By Land and Sea

Repelled the invasion of Ilian
The Tether is Broken

Destroyed the final Nexus Tower
Once More Unto the Breach

Defeated Xesis
Of Gods and Men

Completed the game
Pioneer of Archaeology

Found the Skull of Onyus at the Garlan Mountains
Xiria Wins, Flawless Victory

Completed the Arena
Your Damage Sucks!

Visited Trinity in the Healer's Ward
Kisareth Studios Welcomes You

Found the Developer's Room
Where Did That Come From?

Recruited Eriadne
Strength of Will

Upgraded Riggs or Jesiah to Level 10
The Worst Contractor Ever

Killed Milton
Phantasm of the Past

Kill Serena
Relic of Ages Past

Killed a woman in Ilian Castle
Test Your Mettle

Used Lars as a means of execution
People Are Our Friends, Not Food

View an alternate game over ending
Fallen One

Defeated She'dai
Finally, I Can Get Some Sleep 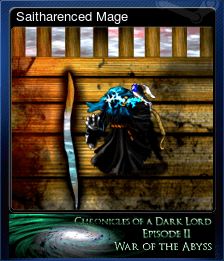 Lord of The Abyss 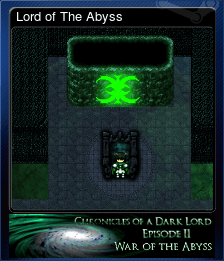 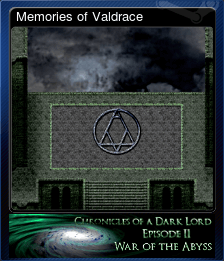 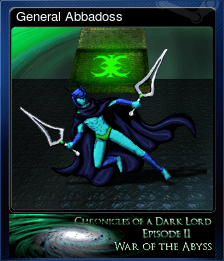 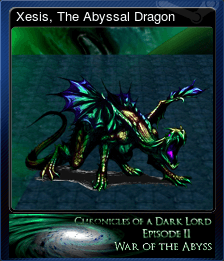 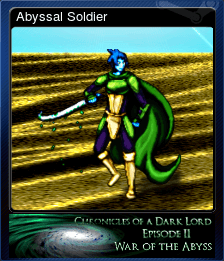 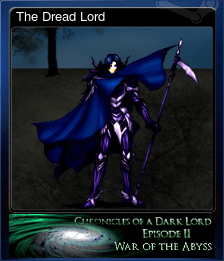 Soldier of The Kisareth Empire 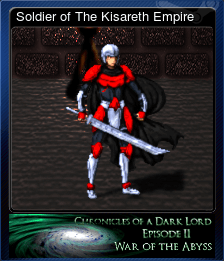 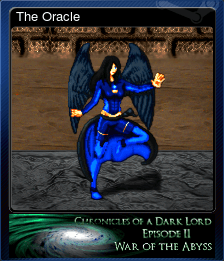 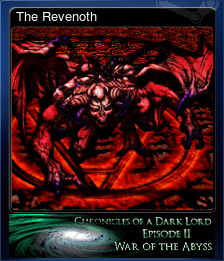