The biggest and fourthiest addition to this storied party game franchise features not five but FIVE AND A HALF crowd-slaying games!

Plus EVEN MORE features just for streamers!

NOTE: The Jackbox Party Pack 4 is in English only.
NOTE: The game is local multiplayer but can be enjoyed over streams with remote players.

Get the Best Burn twice in one game
Civic Doodle: Reelection

Get both of your additions accepted in a single round (non final round)
Civic Doodle: Popular Vote

Get all player votes and 90% of audience votes in a single matchup (5+ player game)
Monster Seeking Monster: Consolation Prize

Nobody gets a date during one of the nights
Civic Doodle: Civic Doodie

Draw something that gets 100 poop emojis
Survive the Internet: Stick Pic

Select the image of the animal that lives the "life of a twig eater"
Fibbage 3: Crowd Teaser

Beat Gene in a game
Civic Doodle: Design by Committee

Each part of the final round portrait comes from a different player
Monster Seeking Monster: MasterDater

A player successfully gets a date all six nights of the game
Bracketeering: Clean Sweep

Win a bracket with an answer that gets 100% of the votes each round
Fibbage 3: Open Book

All players pick the truth in a 5+ player game of Enough About You (non final round)
Bracketeering: Cinderella Story

Win a bracket with an answer that everyone predicted would lose each round
Survive the Internet: Shadow Star

Win a game without getting a Best Burn
Bracketeering: Split Decision

Have a match up go to overtime with an audience playing along
Fibbage 3: Doubly Impressive

Write a lie that's actually the truth in the final round of Fibbage 3
Fibbage 3: Would You Believe?

Fool 7 players in the final round of Enough About You
Monster Seeking Monster: I'm Lycan It

Finish a game with everyone turned into werewolves
Monster Seeking Monster: Mob Rule

Finish a game with the Audience as the winner
Bracketeering: Button Masher 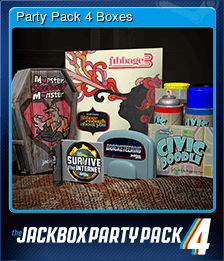 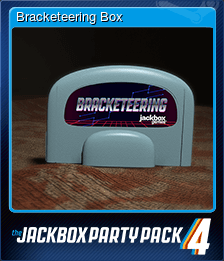 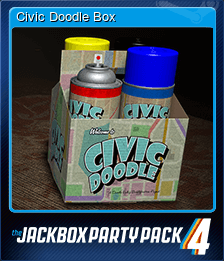 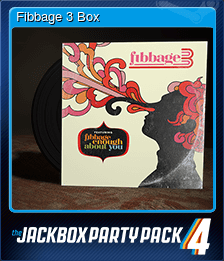 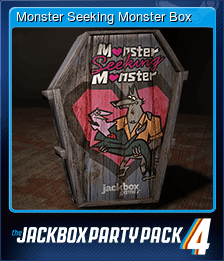 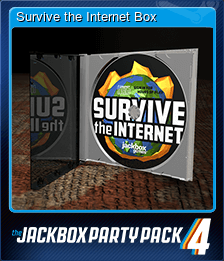