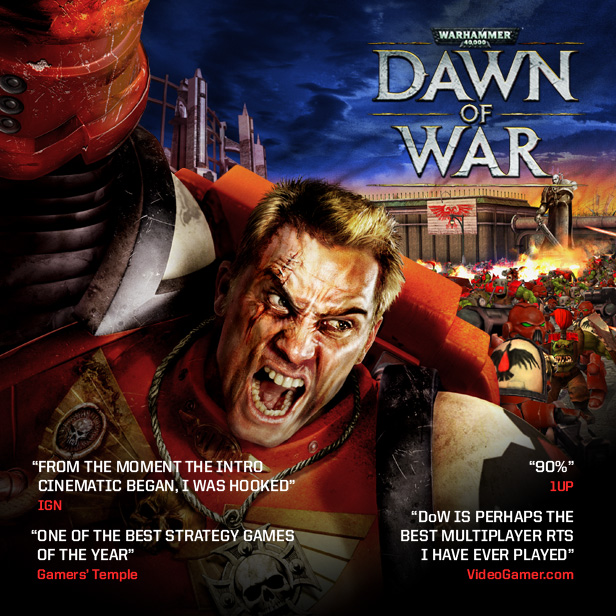 Prepare yourself for the grim, dark future of the 41st millennium, where alien races battle mankind for galactic domination in a universe of unending war.
Personalize your armies with a revolutionary unit customization tool that gives you the ability to choose your armies insignias, banners, squad colors and names.