Average review
Dig, Fight, Explore, Build: The very world is at your fingertips as you fight for survival, fortune, and glory. Will you delve deep into cavernous expanses in search of treasure and raw materials with which to craft ever-evolving gear, machinery, and aesthetics? Perhaps you will choose instead to seek out ever-greater foes to test your mettle in combat? Maybe you will decide to construct your own city to house the host of mysterious allies you may encounter along your travels?

In the World of Terraria, the choice is yours!

Blending elements of classic action games with the freedom of sandbox-style creativity, Terraria is a unique gaming experience where both the journey and the destination are completely in the player’s control. The Terraria adventure is truly as unique as the players themselves!

Are you up for the monumental task of exploring, creating, and defending a world of your own?

Mine your first nugget of ore with a pickaxe.
You Can Do It!

Build a house suitable enough for your first town NPC, such as the guide, to move into.
Matching Attire

Obtain your first hammer via crafting or otherwise.
I Am Loot!

Discover a golden chest underground and take a peek at its contents.
Star Power

Craft a mana crystal out of fallen stars, and consume it.
Heart Breaker

Obtain an anvil made from iron or lead.
Watch Your Step!

Become a victim to a nasty underground trap.
Like a Boss

Survive a blood moon, a nocturnal event where the rivers run red and monsters swarm aplenty.
Eye on You

Defeat the Eye of Cthulhu, an ocular menace who only appears at night.
Throwing Lines

Throw a yoyo.
It's Getting Hot in Here

Equip armor or vanity clothing in all three social slots.
Pretty in Pink

Stumble into a spider cavern in the underground.
Smashing, Poppet!

Using explosives or your trusty hammer, smash a Shadow Orb or Crimson Heart in the evil parts of your world.
Goblin Punter

Triumph over a goblin invasion, a ragtag regiment of crude, barbaric, pointy-eared warriors and their shadowflame sorcerers.
Marathon Medalist

Travel a total of 26.2 miles on foot.
Head in the Clouds

Equip a pair of wings.
Boned

Defeat Skeletron, the cursed guardian of the dungeon.
Slippery Shinobi

Survive a long fall with just a sliver of health remaining.
Into Orbit

You can only go down from here!
The Cavalry

Steal a key from dungeon's undead denizens, and unlock one of their precious golden chests.
Bulldozer

Defeat the Wall of Flesh, the master and core of the world who arises after a great, burning sacrifice.
Vehicular Manslaughter

Defeat an enemy by running it over with a minecart.
Sting Operation

Defeat the Queen Bee, the matriarch of the jungle hives.
Sticky Situation

Survive the slime rain, where gelatinous organisms fall from the sky in droves.
Begone, Evil!

Smash a demon or crimson altar with a powerful, holy hammer.
Til Death...

Mine a powerful ore that has been newly blessed upon your world.
Mastermind

Defeat the Brain of Cthuhlu, an enourmous demon brain which haunts the creeping crimson.
Robbing the Grave

Obtain a rare treasure from a difficult monster in the dungeon.
Worm Fodder

Defeat the Eater of Worlds, a massive worm whom dwells in the corruption.
Deceiver of Fools

Kill a nymph.
Get a Life

Consume a life fruit, which grows in the thick of subterranean jungle grass.
There are Some Who Call Him...

Triumph over a pirate invasion, a group of pillagers from the sea out for your booty... and your life!
Completely Awesome

Obtain a minishark.
Topped Off

Attain maximum health and mana possible without accessories or buffs.
Buckets of Bolts

Defeat the three nocturnal mechanical menaces: the Twins, the Destroyer, and Skeletron Prime.
Kill the Sun

Survive a solar eclipse, a day darker than night filled with creatures of horror.
The Great Southern Plantkill

Defeat Plantera, the overgrown monstrosity of the jungle's depths.
Photosynthesis

Mine chlorophyte, an organic ore found deep among the thickest of flora.
Lihzahrdian Idol

Build or encounter a glowing mushroom field above the surface.
Sword of the Hero

Obtain a Terra Blade, forged from the finest blades of light and darkness.
Rock Bottom

The only way is up!
Obsessive Devotion

Defeat the Ancient Cultist, fanatical leader of the dungeon coven.
Miner for Fire

Breach the impenetrable walls of the jungle temple.
Servant-in-Training

Complete your 1st quest for the angler.
Champion of Terraria

Defeat the four celestial towers of the moon.
Dye Hard

Equip a dye in every possible dye slot.
Big Booty

Unlock one of the dungeon's large, mysterious chests with a special key.
Drax Attax

Craft a drax or pickaxe axe using hallowed bars, and the souls of the three mechanical bosses.
It Can Talk?!

Build a house in a mushroom biome and have Truffle move in.
Fish Out of Water

Spend over 1 gold being treated by the nurse.
Do You Want to Slay a Snowman?

Do battle against the Twins, the Destroyer, and Skeletron Prime simultaneously and emerge victorious.
Prismancer

Reach the 15th wave of a pumpkin moon, where evil lurks among the autumn harvest.
Gelatin World Tour

Defeat every type of slime there is!
Real Estate Agent

Have all possible town NPCs living in your world.
You and What Army?

Complete your 10th quest for the angler.
Not the Bees!

Reach the 15th wave of a frost moon, where the festive season quickly degrades into madness.
Rainbows and Unicorns

Fire a rainbow gun while riding on a unicorn.
Trout Monkey

Complete your 25th quest for the angler.
Fast and Fishious

Complete your 50th quest for the angler.
Supreme Helper Minion!

Complete a grand total of 200 quests for the angler.
Minishark 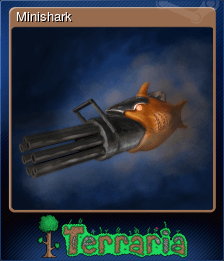 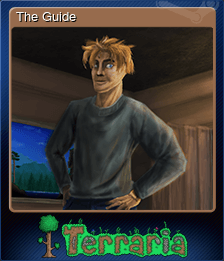 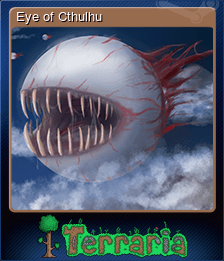 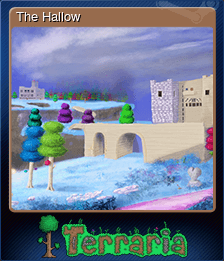 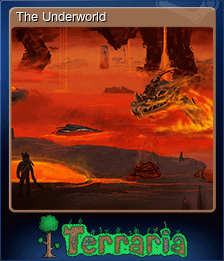 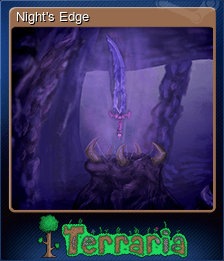 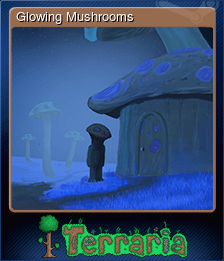 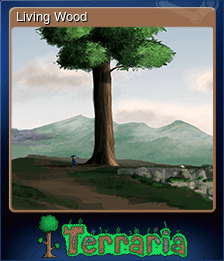 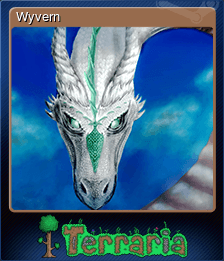