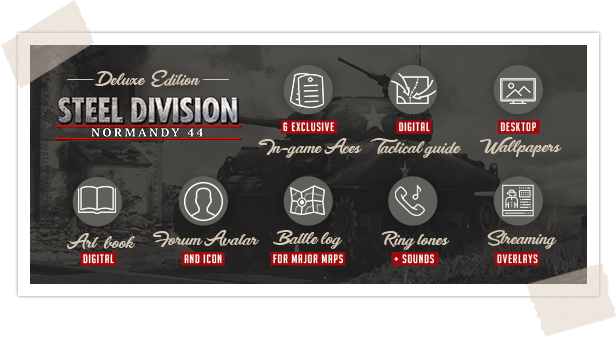 The Deluxe Edition of Steel Division: Normandy 44 comes with the following extras:

A detailed look at the art and making of Steel Division: Normandy 44

A digital book getting you up to speed with the terrain and tactics of the game.

Six Exclusive in-game aces: Historical personalities you can deploy on the battlefield

Major maps of the game and how to fight them

Deluxe avatar and icon for the Paradox forums

Steel Division themed overlays for those who stream on Twitch or YouTube.

Whether fighting for control in intense multiplayer battles with up to 10-vs-10 players going head-to-head, playing alone or working with friends in ranked matches, players will need to coordinate their selection of historically accurate infantry, tanks, aircraft, and support vehicles to counter enemy units in this Tactical RTS game.

Battles rage over three distinct phases, where different units unlock over time, mimicking the movements of real-world armies and adding variety to the ever-changing theatre of war. A dynamic front line illustrates the ebb and flow of the conflict. Pin down your opponent's infantry to gain the advantage and force a retreat, or push through with a perfectly executed plan.

Using the latest version of Eugen’s IRISZOOM engine, players can smoothly zoom from a tactical aerial view all the way down to a single unit, and see 400 different real-world vehicles and units designed with careful historical detail and accuracy. Maps are designed based on actual aerial reconnaissance photos of Normandy in 1944, requiring real-world tactics and strategies to cover and control.

From battlegroup customization to troop positioning and maneuvering, winning battles requires cunning and strategy, not just raw firepower. Each unit lost presents a growing tactical disadvantage, and players will need to fight to gain -- and keep -- the upper hand. From commanding historically accurate infantry, tanks, and vehicles, to troop positioning and real-time engagement with the enemy, players will need to be clever and resourceful in order to win. Every unit counts as the battle presses on, and raw firepower alone will not be enough to claim victory. Whether viewing the entire battle from an aerial perspective, or following a single tank into a firefight, players will need to cleverly manage the dynamic front line in order to execute ambushes and advances.

Steel Division: Normandy 44 is a Tactical Real-Time Strategy (RTS) game, developed by Eugen Systems, the creators of titles like Wargame and R.U.S.E. This new game puts players in command of detailed, historically accurate tanks, troops, and vehicles at the height of World War II. Players can measure their tactical skills against several opponents in big multiplayer battles or against enemies in a challenging single-player campaign. Steel Division: Normandy 44 allows players to take control over legendary military divisions from six different countries, such as the American 101st Airborne, the German armored 21st Panzer or the 3rd Canadian Division, during the invasion of Normandy in 1944.

add to wishlist
Trial by fire!

Finish the second tutorial without losses.
We're paratroopers, we're supposed to be surrounded.

Save the surrounded units in the third tutorial.
More effective with the tubes!

Destroy the MG using mortars in the fourth tutorial.
Do it faster, makes us stronger.

Finish the first tutorial in less than 2 minutes.
The Longest Day

Finish the fifth tutorial without losses.
With a little help from my friends…

Add one friend
Best job I've ever had.

Finish the sixth tutorial without losses.
Angels on our shoulders.

Finish the seventh tutorial without losing the P51.
Currahee!

Finish all the tutorials.
Today, you people are no longer maggots.

Win the skirmish in the final tutorial.
Mother of Mercy

Finish the second mission of the US campaign
Kelly's Heroes

Finish the third mission of the US campaign
Captain

Finish the first mission of the German campaign
Wingman

Reach the level 5
All Americans

Finish all the missions of the US campaign
Kiss my a..

Finish the fourth mission of the US campaign
Teammate

Win a game with each faction in skirmish mode
Destructor

Finish the second mission of the German campaign
Companiable

Finish the third mission of the German campaign
Tiperrary

Finish the first mission of the UK campaign
Party Animal

Reach the level 10
Another Brick in the Wall

Finish all the missions of the German campaign
Big Game Hunter

Finish the fourth mission of the German campaign
Valley of Death

Finish the second mission of the UK campaign
Scotland the Brave

Finish the third mission of the UK campaign
Hill of Calvary

Finish the fourth mission of the UK campaign
On all fronts

Finish all the solo campaigns
Mind the Gap

Complete the historical mission 'Dawn of the Panthers'
Bull on parade

Complete the historical mission 'Operation Deadstick' with a friend.
Rangers Lead The Way

Complete the historical mission 'Rangers Lead The Way' with a friend.
Veteran

Complete the historical mission 'Operation Windsor' with a friend.
Redcoat

Complete the historical mission 'Operation Bluecoat' with a friend.
Maczuga

Complete the historical mission 'A Polish Battlefield' with two friends.
Through the fire and flames 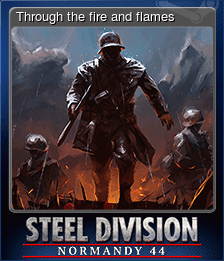 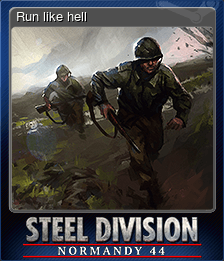 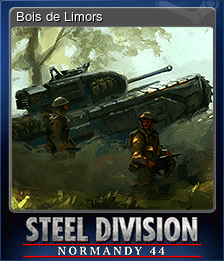 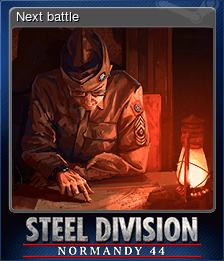 Quiet before the Storm 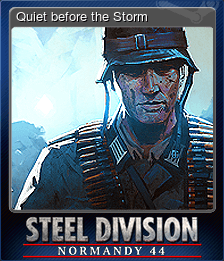 The art of Destruction 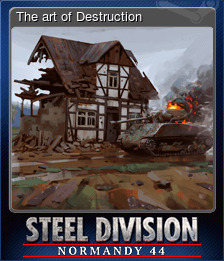 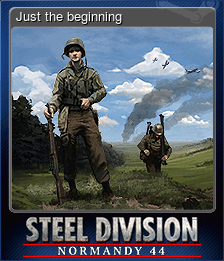 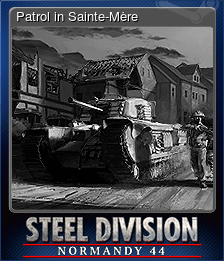