Expand your empire further with the Civilization VI Digital Deluxe which includes the full base game, the 25th Anniversary Digital Soundtrack, and access to six DLC packs* that will add new civilizations, leaders, scenarios, and more for a bundled discount:

Originally created by legendary game designer Sid Meier, Civilization is a turn-based strategy game in which you attempt to build an empire to stand the test of time. Become Ruler of the World by establishing and leading a civilization from the Stone Age to the Information Age. Wage war, conduct diplomacy, advance your culture, and go head-to-head with history’s greatest leaders as you attempt to build the greatest civilization the world has ever known.

Civilization VI offers new ways to engage with your world: cities now physically expand across the map, active research in technology and culture unlocks new potential, and competing leaders will pursue their own agendas based on their historical traits as you race for one of five ways to achieve victory in the game.

add to wishlist
If You Build It, They Will Come

Have 6 Improvements at one time.
A Revolution Without Dancing

Put two units into a formation
Everything is Awesome!!!

At the start of the turn have an Ecstatic city.
Voyage of the Mayflower

Found or conquer a city on a different continent
Investment Banking

Receive a Strategic Resource from Hattusa
A Case for War

Win a regular game on a Standard Map
Mission to Mars

Win a regular game with a Science victory on any difficulty with any leader
Veni, vidi, vici

Have an Army of land Units and 2 Armadas
Repo Man

Win a regular game on the Pangaea Map
Dirty Dozen

Win a regular game on a Duel Map
Ten Commandments

Win a regular game on a Large Map
Riffle and Bridge

Have a Governor with every promotion
Elixir of Immortality

Win a regular game on Fractal Map
First to Civilize

Win a regular game as Hojo Tokimune
Daughter of Isis

Win a regular game on a Tiny Map
Bronze Horseman

Earn three Golden Ages in a row
I Am Amused

Build a Colossal Head adjacent to a Holy Site with a Temple.
12 Labors of Hercules

Win a regular game as Mvemba a Nzinga
District 12

Build every district type in one city and the Colosseum
For Sparta!!!

As Sumeria, have the first Great Work of Writing
Oratorical Skills

Win a regular game as Pericles
Die Another Day

Neutralize a Governor with a Spy
Envoy Convoy

After building the Apadana wonder, construct 7 additional wonders in the same city
God-Like

Conquer a city with a Mamluk
Sultan of Egypt

Win a regular game as Harald Hardrada
Emperor of Brazil

Unlock every Governor, and have them established at the same time before the game reaches the Industrial Era
Elcano's Revenge

Win a regular game as Gandhi
Nobody Expects the Spanish Inquisition

Have top secret access with five civilizations in one game at once.
Scythian Horse Rush

Have 12 Policy Slots as Greece
Extend the Olive Branch

Levy the military of Nan Madol
Never Lost a Battle

Win a regular game as Queen Seondeok
Armor of Faith

Playing as Frederick Barbarossa, conquer the city-state of Jerusalem
What Could Possibly Go Wrong?

Win a regular game with a Classical Era start
Metroplex

Playing as England on a Huge map, have a city on every continent at the start of the turn
gg nub

Gain control of an Ally's city after it becomes disloyal, and choose to keep it
King of the Four Corners of the World

Win a regular game as Cyrus
Justice and Lasting Peace

Win a regular game as Poundmaker
Out of the Dark Ages

Playing as Japan, have a district with 6 adjacent unpillaged districts
Through the Digital Age

Win a regular game as Robert the Bruce
A small Country, a great people, so sorely tried

Get 5 Civic boosts in 1 turn
City of Kongo

Playing as Kongo, have a capital city with a population of 30
Blackest Queen

As France, build an Intelligence Agency
Curse your sudden but inevitable betrayal!

Join a Betrayal Emergency
All Beneath the Wings of Garuda

Win a regular game with a Domination victory on any difficulty with any leader on a Huge Island Plates map.
Viking Raid

Win a regular game as Genghis Khan
Captain of Industry

Win Jadwiga's Legacy as Stanislaw Potocki
Even Our Castles Have Castles

Build an Alcazar within 2 tiles of the Alhambra
Ibutho

As Shaka, train a Corps of Impi using the Ikanda district
Advanced Seminar in Astrophysics

As Seondeok, build a Spaceport district next to a Seowon
Crouching Tiger Hidden Cannon

Win a regular game as Jayavarman VII
Master and Commander

Win a regular game on the Archipelago Map
Splitting the Atom

Win a regular game with an Atomic Era start
Selfie

Playing as Brazil, complete both Estadio Do Maracana and Christo Redentor in one city
Holy Righteous Queen Tamar

As Tamar, have every city-state in the game following the religion you founded
Shopping Spree

After building the Jebel Barkal wonder, earn 28 Faith per turn on its tile
Bromance

Win Gifts of the Nile on any difficulty
Huey Tlatoani

As Aztecs on a standard-sized map, attack an opponent while receiving a +16 Combat Strength bonus for having all of the luxuries
Deeds of a Monarch-Scorning People

Win a regular game as Lautaro
The Grandest of Hetmans

Win Jadwiga's Legacy as Konstanty Ostrogski
Give Peace a Chance

Playing as India on a Huge map, receive +35 Faith in one turn from the Satyagraha ability
More Hacksilver For Harald

Create 5 Châteaux in one city with the Wine resource.
Radiant Deeds, Bright as Sunshine

Win a regular game as Tamar
No More Worlds To Conquer

Win Conquests of Alexander on any difficulty
A Burning Splendor

Airlift a level 3 Slinger
Master of the Baltic

Win Vikings, Traders, and Raiders! as Olof Skötkonung
What is Mind? No Matter.

Build a Golf Course in a tile where you had previously attempted to build a Wonder, but got beaten to the Wonder by another Civ
Missed That Day in History Class

Clear nuclear contamination with a Roman Legion
He Named Them All After Himself?

As Poundmaker, have an active Alliance of every type
Circle of Life

Build a Fishery adjacent to the Great Barrier Reef
Some Wine For Your Soldiers?

Playing as Persia, conquer the original Scythian capital within 10 turns of declaring a surprise war on Scythia
Try To Snatch the Pebble From My Hand

Have a Warrior Monk with 4 Promotions
Finn MacCool's Pipe Organ

As Chandragupta, launch a nuclear weapon
What Do You Mean, "Active Volcano?"

Build three Aerodromes within 2 tiles of Eyjafjallajökull
Taxation Without Representation

As England, lose a city to disloyalty which has an established Financier Governor
Many Signs and Wonders

As Wilhelmina, have seven cities and seven Zeven de Provincien at the start of the turn
God of the Sea

Activate Leonardo da Vinci in New York with Great Works from Michelangelo and Donatello -- and a sewer -- all in that city
Do You Have A Moment To Talk About Salvation?

Playing as Australia, build a Pasture over Sheep and steal an adjacent player's Lumbermill
Thalassocratophile

Have 5 cities on landmasses 5 or less tiles with Indonesia
Meanwhile, in Australia

Win Outback Tycoon at Deity difficulty
Quite a Crowded House

Playing as Scythia, recapture one of your founded cities from Persia
Greatest Is As Greatest Does

Playing as Macedon, conquer a city containing both the Great Library and Great Lighthouse wonders
You're the Demonstrably Greatest

Playing Gifts of the Nile as Egypt, win on Deity difficulty
Pyramid Scheme

Playing as Egypt in a regular game, conquer the original Nubian capital within 10 turns of declaring a formal war on Nubia
The 25th Dynasty

Playing as Nubia, liberate the original Egyptian capital in a liberation war with the capital's conqueror
That's Some Good Kerma

Playing Gifts of the Nile as Nubia, win on Deity difficulty
From Med to Red to the Land of the Dead

Playing Gifts of the Nile as Egypt, conquer Irem and Punt
What is Matter? Nevermind.

Win the Path to Nirvana scenario on Deity
Wat is Love

Playing Gifts of the Nile as Nubia, found a coastal city on the Mediterranean Sea
Catherine de Medici 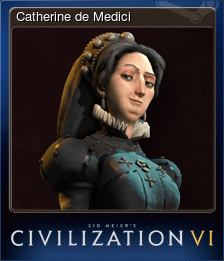 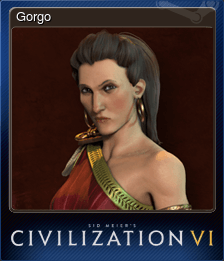 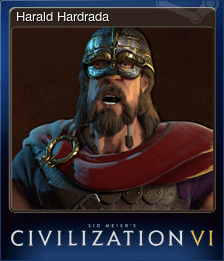 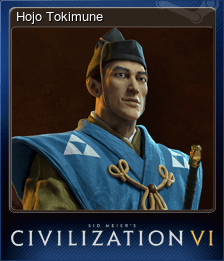 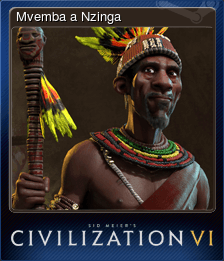 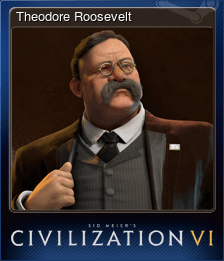 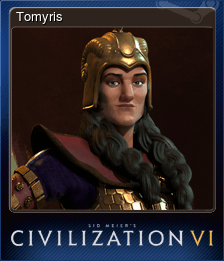 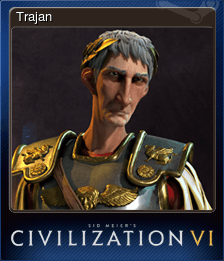