A pack of 5 extra dinosaurs that can be accessed through dig sites within the game.

Take charge of operations on the legendary islands of the Muertes archipelago and bring the wonder, majesty and danger of dinosaurs to life. Build for Science, Entertainment or Security interests in an uncertain world where life always finds a way.

Bioengineer dinosaurs that think, feel and react intelligently to the world around them. Play with life itself to give your dinosaurs unique behaviors, traits and appearances, then contain and profit from them to fund your global search for lost dinosaur DNA.

Control the big picture with deep management tools or go hands-on to confront challenges on the ground or in the air. Expand your islands and choose your own journey in an all-new narrative featuring iconic characters from across the franchise and decades of Jurassic lore at your fingertips.

Release a dinosaur
You're the top minds

Research an item
My favorite when I was a kid

Release a Triceratops
It's all about control with you

Add a task for an ACU or Ranger Team
You think that kind of automation is easy?

Release a genetically modified dinosaur
Not alone on this island

Unlock Isla Muerta
I think we're back in business

Complete a genome to 100%
Clever girl

Release a Velociraptor
A beautiful, but deadly addition

Release a Dilophosaurus
Spared no expense

Unlock Isla Nublar
Going to make a fortune with this place

Manually medicate a diseased dinosaur with the Ranger Team
Shoot her!

Manually tranquillize a dinosaur while it is running
Must go faster

Manually perform a headshot with the ACU helicopter
Whatever you study, you also change

Release a Gallimimus
Thank God for Site B

Release a Spinosaurus
I thought you failed your driver's test

Manually drive a total distance of 25km in the Ranger Team's vehicle
Is this even possible?

Release a Stegosaurus
Instinct that we can program

Manually tranquillize a dinosaur while it is fighting another dinosaur
Bigger. Louder. More Teeth.

Complete All Missions: Entertainment
You got them eating out of your hand

Complete All Missions: Science
Hold on to your butts!

Get 5 seconds of air time with the Ranger Team's vehicle (within a 20-second window)
Where's the goat?

Photograph a T-Rex eating 'live bait'
How did you do this?

Achieve a 5-Star Island Rating on every island in Las Cinco Muertes
Who's hungry?

Photograph a carnivore attacking a visitor
Smarter than primates

Photograph a Spinosaurus fighting a T-Rex
Look how it eats!

Photograph a herbivore attacking visitors
It can camouflage!

Release an Indominus Rex with the Adaptive Camouflage Gene
Shoot her...?

Reach 5 stars in challenge mode (any difficulty)
The Next Step

Complete all of Dr. Wu's missions
We're just used to being the cat

Using Comfort Genes, create a dinosaur that is impossible to keep calm
I read your book

Unlock all InGen Database entries in the game
Jurassic measures

Photograph a Troodon as it poisons its victim
You'll never look at birds the same way!

Complete challenge mode on Pena by only releasing carnivores (medium difficulty or above)
Fast for a biped?

Get a dinosaur to reach 5000 or more rating
Matanceros 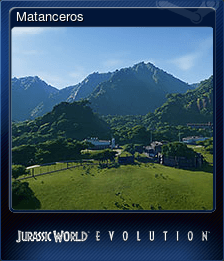 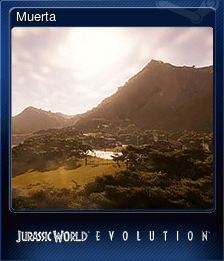 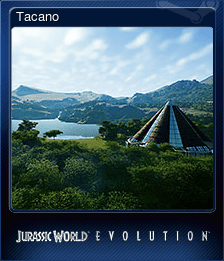 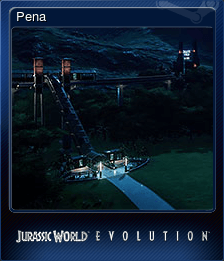 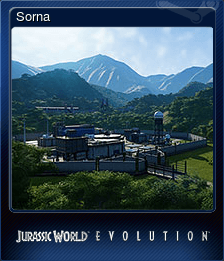 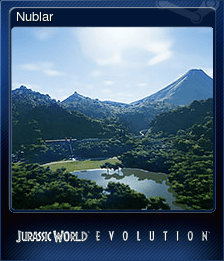