They thought they had escaped Banoi, but can't wake up from this nightmare. Thrown back into the midst of the Zombie outbreak, the fight for survival continues!


Dead Island Riptide takes players to the island of Palanai on the Banoi archipelago, infested with bloodthirsty Zombies and only a few remaining Survivors still fighting for their lives.
Introducing new terrifying enemies, deadly weapons, a new playable character and much more, Dead Island Riptide will draw players back into a world that has grown corrupt - with the last rays of hope vanishing in rising tides.

add to wishlist
The Storm

Kill 50 monsters by smashing, decapitating or shooting them in the head
Heart of Darkness

Obtain level 50
Combat on the roof

Install a total of 5 barricades during hub defense
Defeat Harlow

(Secret achievement)
At Your Service

Kill 100 monsters with a kick
The Collector

Kill 100 monsters with thrown melee weapons
First Do No Harm

Obtain level 70
Better than the arm

Kill 25 monsters with a chainsaw
The Hurt Mine Locker

Kill 10 monsters with one mine
Mystery solved

Find all the secret files
Hunter-Seeker

Find all pages from the guide book
Achiever

Finish all quests in the game
Jetboat

Find all collectibles
It's an Order 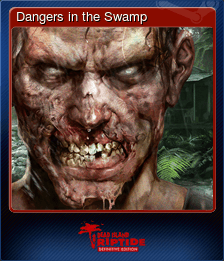 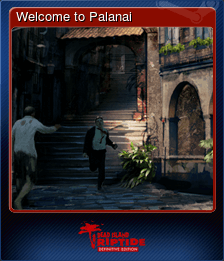 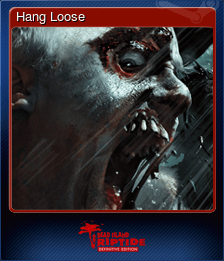 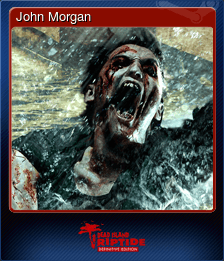 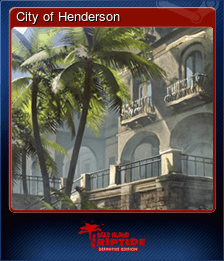