Take part of history’s greatest battle of Green VS. Tan. Fight amongst and against others online. Jump, shoot and roll your way into victory with fast paced objective based gameplay. Sometimes the greatest battles are fought by the smallest of soldiers.

The Mean Greens is a 3rd-person shooter played from the perspective of toy army soldiers. Match up with others online for some friendly multiplayer competition. Enjoy a huge battle of up to 10 players in each environmentally unique map.

Play your first round
Sinking Feeling

Sink in the sands of the Fish Tank
100 Deaths

Play 20 rounds
You Can't Touch This

Kill 100 enemies with the Sniper Rifle
I'm Gonna Ride It

Land on the shark in Fishtank Frenzy
Make Some Music

Hurdle 5 RC cars without getting hit on Toybox Assault
Survivor

Drop below 20 health and regenerate 5 times without dying
Roadkill

Deal 10,000 damage to the dinosaur iceblocks in Deep Freeze
The Green Team

Play on the Green team 100 times
The Tan Team 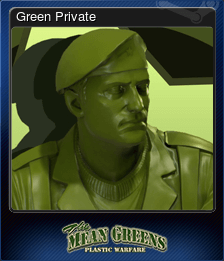 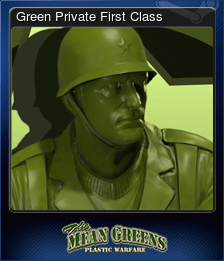 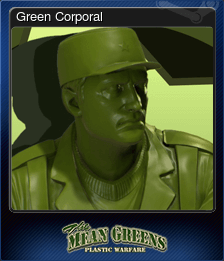 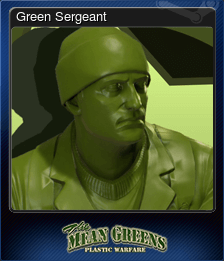 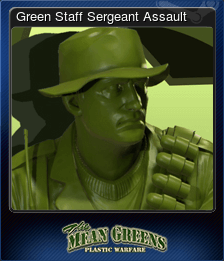 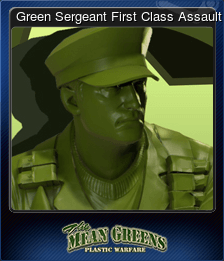 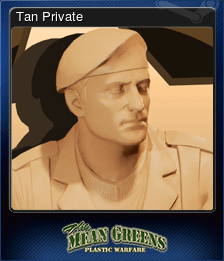 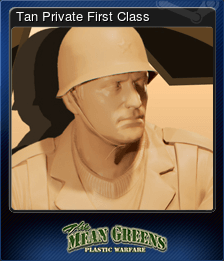 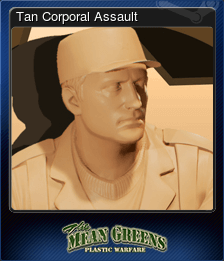 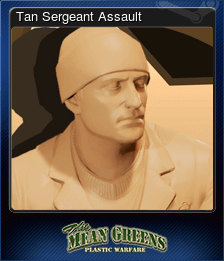 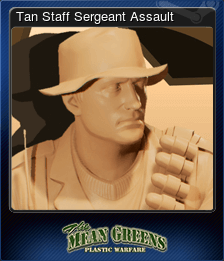 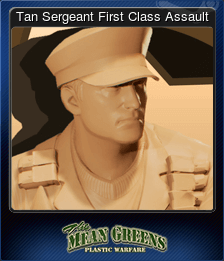 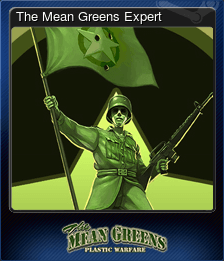