NOTE: THIS PRODUCT WILL ONLY REDEEM IN US REGIONS 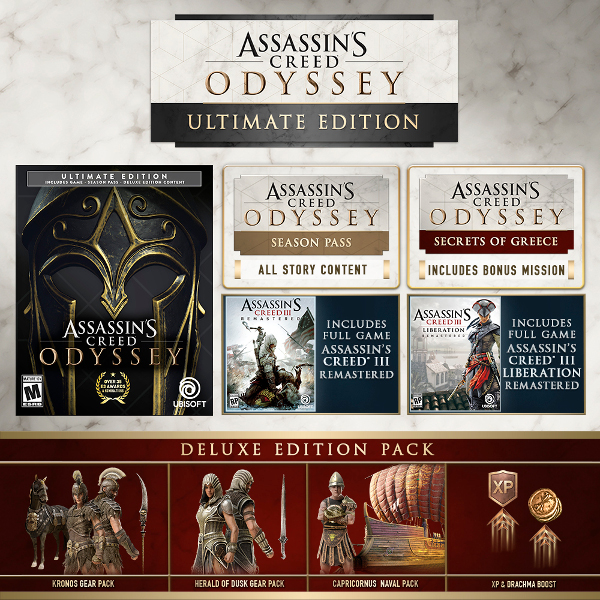 Enhance your Assassin's Creed® Odyssey experience with the ULTIMATE EDITION, including the game, the DELUXE PACK and the SEASON PASS.

FIGHT ON A NEW SCALE
Demonstrate your warrior's abilities in large scale epic battles between Athens and Sparta featuring hundreds of soldiers, or ram and cleave your way through entire fleets in naval battles across the Aegean Sea.