You’re almost out of money. Two more days and you will no longer be able to pay your staff or gladiators. The fight scheduled today will draw exceptionally massive crowds, meaning the fight purse will be bountiful and the opportunity to place a large volume of bets will be high. One problem though: your top fighter is fatigued from his last fight and has a nagging shoulder strain. Plus he has a history of concussions, so it’s fair to say he will not be at full strength if you put him in the arena. But he’s the best you’ve got. The rest of your gladiators are rookies yet; still working with your trainers and far too inexperienced to send into the crucible just yet.

The next fight is a week away and poorly hyped. You cannot wait that long.

If you were of an evil disposition, you could execute your top fighter instead and seize his life savings; with the fight purses you have shared with him through his career, he has amassed a lot of gold. It could keep you going for a month or two - maybe more. Something to consider.

Or if you find that distasteful, you could go to the money lenders instead. But their interest rates have been high these last few days: 30% or more. You could finance present operations with that – but you would suffer in the longer term.

So maybe you should send your top fighter into the arena. He is bruised up and fatigued – but he also is ranked 3rd overall by the so-called experts and pundits of Leptis Magnus, the current city you reside in. You know he is one of the best and might still have a good chance at pulling out a win.

Or he could lose his life.

What do you do?

Age of Gladiators is a single-player strategy/business management sim set at the height of the bloody gladiatorial games in ancient Rome.

Hire scouts to scour the provinces for potential prospects – once you have recruited your gladiators, you will need to manage their morale and personality while equipping them for battle in the arenas. Recruit support staff, upgrade your stables, partake in side missions, and manage the wealth and reputation of your business as it grows each day.

As your fighters win battles and increase in level, it will be up to you to decide how to focus their abilities by spending attribute and expertise points. Compete, trade, and interact with other in-game bosses as you work your way up from the starting provinces in Africa to the grand coliseum of Rome herself!

Age of Gladiators is a twist on sports front office games like Out Of The Park Baseball or the Football Manager series. To continue the analogy, it was designed for people more interested in the strategy behind building up teams and players as a general manager rather than running the games tactically as coach. As well, the strategy element should appeal to fans of Paradox and other franchises in that genre.

Recruit A Gladiator
Into The Arena

One Of Your Fighters Kills Opponent With Barehands
What Did He Do?

Execute One Of Your Own Fighters
Captain Of Industry

Owned Fighter Voted Into Hall Of Fame
A Generational Talent

Your Fighter Holds The All-Time Wins Record
A Household Name

Become The Wealthiest Roman
The Consumer Of Souls

Your Fighter Holds The All-Time Kills Record
When In Rome...

Advance To The City Of Rome
Wild Attacker

Defeat All Opposing Bosses In Rome
Taker Of Pain

Take 50,000 Damage Across All Fighters
Not So Victorious 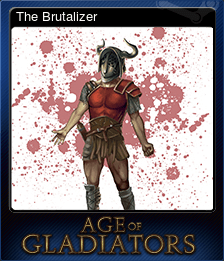 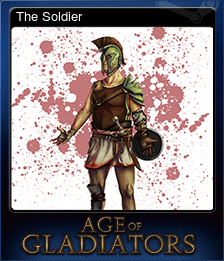 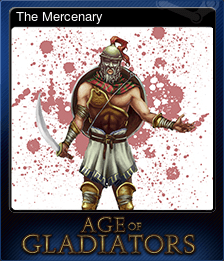 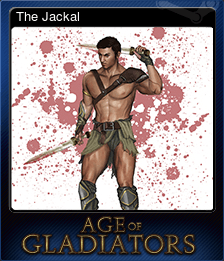 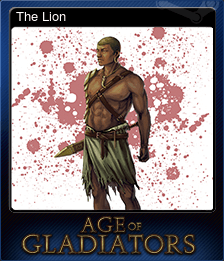