Due to a sudden shortage of milk, cats around the world are forced to seek out new sources to get their fix.
You and your team of milk mining kittens have overcome a fear of water to drill down under the ocean seabed and begin extracting vast reserves of what seems to be naturally forming full-fat milk.
Get ready for fast paced submarine action, defending the kittens from disruptive mechanical sea creatures.

Easy Mode - a version of Normal mode in case you found it too hard, with more health and easier enemies.

Arcade Mode - a special survival mode where you must collect gems to purchase powerups.

Depth based power-up systems which gives partial control on the type and location of the power-ups created (allowing tactical advantage).

Classic infinite mode milk-free level, that never ever ends - for the hardcore challenge.

Dual firing submarine with a rechargeable secondary weapon that needs to be managed carefully (upgrades through game progress in Easy and Normal Modes, but upgrades via a shop system in Arcade Mode).

Steam online leaderboards to challenge and achievements to obtain.

Awesome chiptune music taking inspiration from the best of the C64 and Amiga days.

Hello, here is a short history of this indie games' development which we hope will be of interest.
Aqua Kitty was made by a core team of two people with audio created by Electric Cafe and the game box art by artist David Hankin.
It began as a small modern-retro styled PC game, designed to run at a crisp 1280x720 it was created with a love of the 16bit gaming era and late 80s video arcade games.

There were originally 3 core versions of the game available of different hardware - PC, XBox360 and Sony PSM.

Sony version is the oldest and smallest version. A critically acclaimed launch title for PSM (Vita).

PC version is the most feature rich and improves on the XBox one with new Weapons + Gradius style Arcade mode + yet further refinements and extra details (with the Steam version being unique in having online leaderboards and achievements).

All the new things we have added to the Steam version will also be rolled back into the other PC versions unless Steam specific (ie Online leaderboards, achievements, trading cards are STEAM ONLY).

Destroy 200 Jellygrabs!
My milk pumps bring all the kitties to the shipyard

Lose too many of those cute milk miners.
Mouthfish Hunter

Have all three directional pickups active at once.
Furry Navigator

Complete all levels in Normal Mode.
One Direction

Save all the mining kittens in Easy Mode.
Espresso Medio - Easy

Save all the mining kittens in Normal Mode.
Catnip Fever

Beat the Boss on Easy Mode in under 3 minutes.
Espresso Grande - Easy

Beat the Boss on Normal Mode in under 3 minutes.
Big Spender

Save all the mining kittens in Arcade Mode.
Ultra Boss Destroyer

Beat the Boss on Arcade Mode in under 3 minutes.
Espresso Enorme - Normal

Player 1 max out the health bar with all 5 hearts in Infinite Espresso in Normal Mode.
Transporter Boat 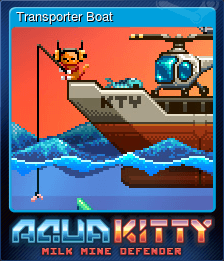 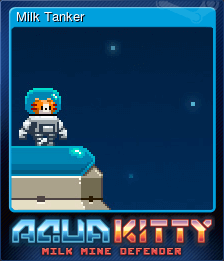 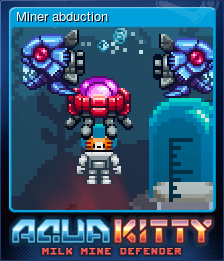 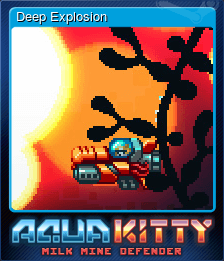 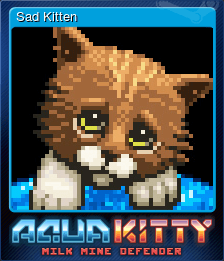 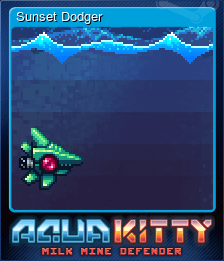