The evil emperor Zaraaima has kidnapped the infant heir to the land of Dareca. King Kandar must call upon the aid of the seven gods of Dareca as he traverses the six worlds of his kingdom in a bid to save his son. He must face the emperor’s hordes as he battles through dark woods, slimy swamps, sinister mills, infernal volcanos, snowy mountains, golden cities and demonic castles. Each world is guarded by level bosses each sworn to bring about the king’s swift demise. To help him in his quest King Kandar can invoke god-given armour, wield different weapons and cast fanatical spells. Can the King save his son and his kingdom or will Dareca fall into the evil emperor’s grasp?

The original soundtrack will be available on installation. Music files can be found in the Cast of the Seven Godsends folder under "Soundtrack"

Get the Red (fire) armor.
Spark

Get the Lightgreen (lightning) armor.
Adaptation

Use all the five weapons in one game match.
Rock breaker

Kill the level 2 boss.
You shall not pass!

Kill the level 5 boss.
Was that just to get an achievement?

(Secret achievement)
7 is the Number

(Secret achievement)
Son of the eighties

Complete the game using magic armors for at least 50% of the overall time.
Immortal

Complete the game without using any continue.
Life seed

Complete the game with earth armor.
Lightning on Lightning

Complete the game with plagues armor.
Blowing away 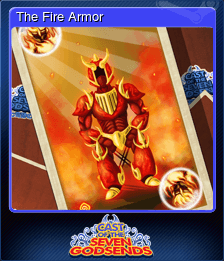 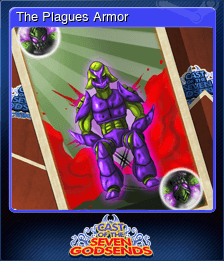 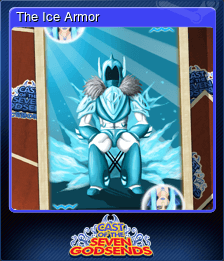 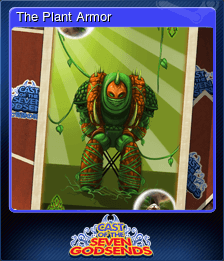 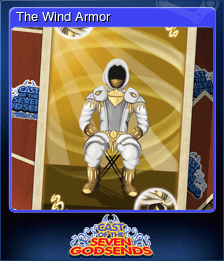 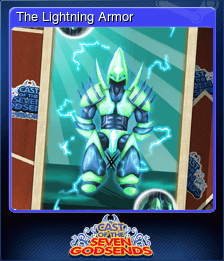 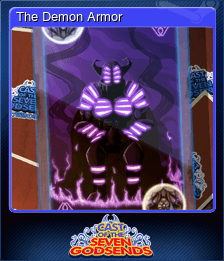