Chariot - Royal Edition includes the base game, the Royal Gadget Pack, and the Soundtrack.

Notice: We highly recommend playing Chariot with a controller.

Chariot is a couch co-op platformer that can be played alone or with a friend. Players take the role of the brave Princess or her faithful Fiancé as they maneuver the departed king's coffin-on-wheels through 25 levels set in 5 vibrant underground environments, with his majesty's ghost giving them a piece of his mind every step of the way. Filled to the brim with emergent physics-based gameplay, Chariot offers hours of exciting exploration, fast-paced ride sequences and mountains upon mountains of loot!

Chariot Royal Gadget Pack
The Shopkeeper joins the action, bringing along 5 new gadgets to Chariot! Play as the Shopkeeper in solo or co-op and try out new technology delivered straight from the royal engineers' workshop! Walk on ice, light up the darkness, go swimming in lava, freeze the world in place, teleport the Chariot through time and space, and much more! Also includes new achievements and blueprints hidden throughout existing levels. Help His Downloadable Majesty rest in peace already!

Soundtrack
The wonderful original soundtrack from Chariot by Interactive Sound & Fury and SkewSound. Featuring all 16 original music tracks from the game as well as 3 additional bonus tracks.
Composers: Steve Pardo and Chris Wilson
Publisher: Frima Originals
All the files are in MP3 as well as in High definition WAV file format.

Completely reveal the map of a level.
Strange Souvenirs

Find all three skulls in any level.
Might Come In Handy

Deliver a Chariot blueprint crate to its destination.
Honeymoon

Play a level from beginning to end with a second player.
A Walk in the Park

Reach maximum speed with the Chariot.
Ride Towards the Light

Find the Luminous Abyss sepulcher.
Off to Adventure and All That!

Complete a level with the Shopkeeper.
Rookie Charioteer

Obtain a bronze medal or better in a speed run.
Off the Beaten Path

Find an alternate exit.
Have an Ice Day

Encounter a looter of each type.
Fully Equipped

Unlock all gadgets.
Going Down

Deliver all Chariot blueprint crates to their destination.
Just Deserts

Find a different entrance than the one you came in through.
Had You Worried There

Warp an off-screen Chariot with less than a second to spare.
Pathfinder

Find the hidden level.
Only the Lonely

Locate and obtain the largest type of blue jewel without a second player.
Royal Sampler

Try out all three versions of the Royal Arms.
Rising Star

Obtain a gold medal in a speed run.
A Ropeless Situation

Reach any exit of Woodland Vestibule without using the rope.
Air to the Throne

Get 12 seconds of air time with the Chariot.
Spendthrift

Find all standard and royal gadget blueprints.
Not All It’s Cracked Up To Be

Find all three skulls in every level.
Tool-Unassisted

Obtain a gold medal in a speed run with no gadget equipped.
Royal Cartographer

Completely reveal the map of all levels.
All Aboard

Have 20 looters looting the Chariot at the same time.
Quiet, Your Majesty

Reach any exit of the Hive without alerting any looters.
No Second Chances

Reach any exit of Molten River without respawning.
Half of Zero is Still Zero

Use the Slowdown while the Stasis Field is active.
Never Not Sliding

Reach any exit of the Crystal Castle without winding the rope or locking.
Greased Lightning

Obtain a gold medal in every speed run.
Seasoned Charioteer

Obtain a bronze medal or better in every speed run.
Rest in Peace Already

Reach the exit of the hidden level with no gadget equipped.
Break Everything

Use the Omni Boots to withstand 10 Flipper flips.
Unbankable

Collect ALL the hidden level's loot and reach the exit without losing any of it.
The Princess 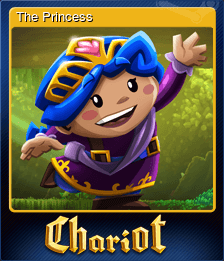 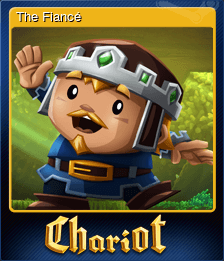 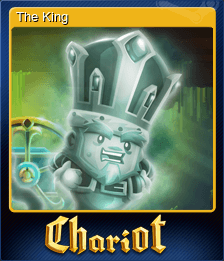 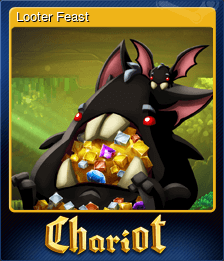 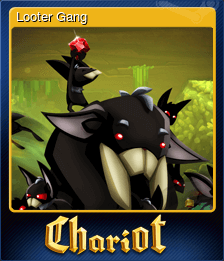 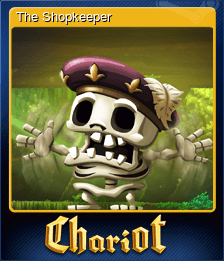