Chronicles of a Dark Lord: Episode 1 Tides of Fate Complete
Release Date: 18 May, 2011

The Rebirth Update is now live!

We're happy to announce that we've launched the "Rebirth" Update for Chronicles of a Dark Lord: Episode I Tides of Fate on Steam. This update is free for all Steam owners, and should automatically install, depending on your settings.

The following is a comprehensive list of all the features and changes you can expect for the update:

Features of this update:
1) Revised dialogue for many of the major cut-scenes of the game. NPC dialogue has been mostly left as-is (save for grammar and spelling fixes). We felt that some of the dialogue in the game, especially for the more significant cut-scenes, needed to be more on par with the quality of Episode 2's writing, and act as more of a tie-in rather than the disconnect that was there before.

2) The current sprites for the party members that are seen in towns/overworld are no longer the same sprites seen in combat. In-combat sprites are now larger, more detailed sprites.

3) Resolution options before the start of the game. When the update goes into effect and the game is launched, you'll be greeted with a choice of resolutions. Due to the native resolution of the engine (544x416), we had to keep the width multiples of 544 in order to have the best display quality. The following will be the options: "Full Screen", "1632x1080", "1088x768", "544x416". Please note that you won't be able to see the Achievements pop up in Full Screen, due to how the Steam client manages them with the engine.

4) Steam Achievements - Achievements are now implemented in the game. Note that older saves are compatible, but that you won't be able to unlock earlier achievements without starting a new game, which we strongly recommend.

6) Tweaked some of the enemies' battle A.I. and re-balanced damage output for some skills.

We want to also note that due to the inherent limitations of the engine, we won't be able to fix the issue of those with Xbox/PC Controllers having to use the analog stick instead of the D-Pad to move your character around/navigate the menus. This is a known issue with these engines unfortunately, however if you press F1 at any time when the game is launched you'll be able to configure some of the button controls if you desire (but not the D-Pad controls unfortunately).

Enter a world of shadowy intrigue where stained pasts collide with the present in an explosive confrontation that will define one young man's dark destiny, as he attempts to thwart the machinations of a true evil beyond all imagining...

add to wishlist
Birth of the Dark Lord

Defeated Zexor
No Honor Among Thieves

Returned the stolen Will to Sasha
Wrath of the Seas

Defeated Moirena
What is it with you and Bridges?

Defeated Harbinger
Patricide Works for Him

Defeated Pyre
Power of the Ancients

Defeated Tempest
He Had it Coming

Defeated Daman Vel
Everything Has Changed

Learned about Anto's background
A Key to Somewhere...

Defeat the Indigo Knight
Don't F With a Vampiress

Recruit Drea
The Tides of Fate

Defeated Harbinger for the final time
Bless You!

Defeated Hazeezus
The Evil That Men Do...

Viewed the origins of Maga'ra
The Atrocity of the Gods

Defeated Xe'on
Kill it with Fire!

Found the Lazy Equipment
Men After All

Completed Nightmare Vision
What Rolls Around...

Defeated the Vengeance Spirits
The Madwomen of Cora

Viewed the origins of Crysta
That Was Really Greedy

Took the coins over recruiting Gelina
Still Alive? Bear With Us

Character dropped to Level 1 in the Zataron
Closure

Completed the Zataron
What WAS that thing?

Found the Developer's Room
The Prophet 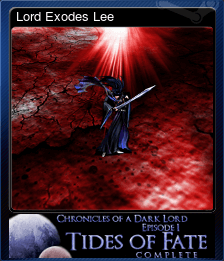 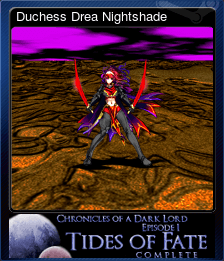 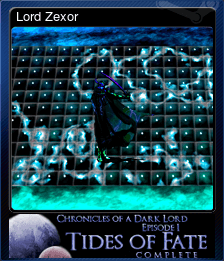 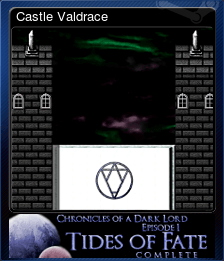 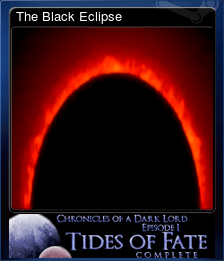