You’ve been deployed on an alien planet full of hostile enemies. You must defend yourself by building and commanding an army of cosmo bots to gather resources and destroy the opposition.

Built from the ground up for VR, Cosmic Trip lets you experience real-time strategy like never before. Feel what it’s like to destroy alien enemies using futuristic weapons. Strategically build swarms of badass robots to defend yourself and gather materials.

Intuitive VR-Native Controls
No more sitting and clicking! Cosmic Trip places you in the center of the action with some of the most intuitive controls found in a VR game to date.

True Real-Time Strategy in VR
Cosmic Trip features a full no-compromises real-time strategy mode, built natively for VR with help from our Early Access community. Feel what it’s like to blast away enemies with your turret, listen to groovy tunes provided to you by your pal, friend bot and watch as your army of robots gather resources and destroy alien forces right in front of your face!

Collect crystals during the tutorial.
Pacifist

Collect at least 1000 crystals and 50 ectoplasm without damaging any enemies on hard or hyper in wave mode.
Iron Grip

Don't let any crystal or battery touch the ground until wave 15 in wave mode.
Trickshot

Kill an enemy by throwing a frisbee through a teleporter and hitting it on the other side.
Maximum Efficiency

Throw a battery through a teleporter and have it land in a battery slot.
Comeback King

Don't build any bots until wave 10, then build bots until you cannot build anymore on hard or hyper in wave mode!
Holiday Friend Bot 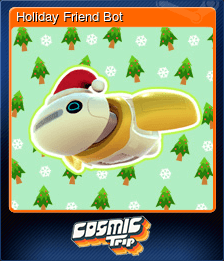 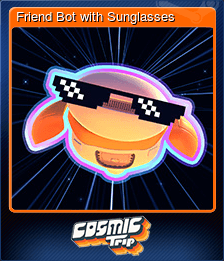 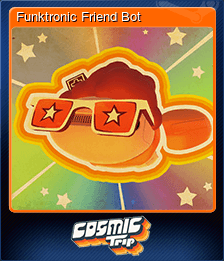 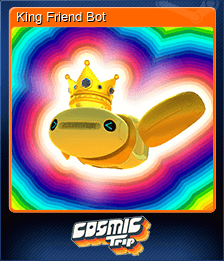 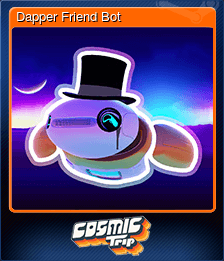 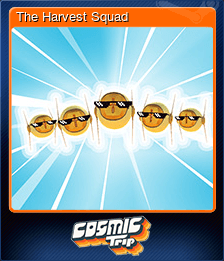 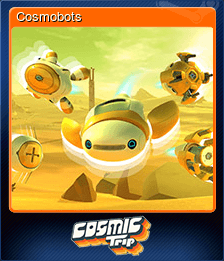