Radio General is a real-time strategy game where you can't see your units. Instead you talk with them over the radio. You receive verbal reports, and then issue orders back. Unfortunately for you, war is confusing. Your units won't always know what's going on, and you must make tough decisions based on these incomplete (and often confused) reports. All of this is done from a detailed command tent, as it would have been during WWII.

Clear your throat, and show us your best commanding voice. By combining speech recognition with full voice-acting, you'll feel like you're a general on the horn with your troops. (Speech recognition only available in English and on Windows). 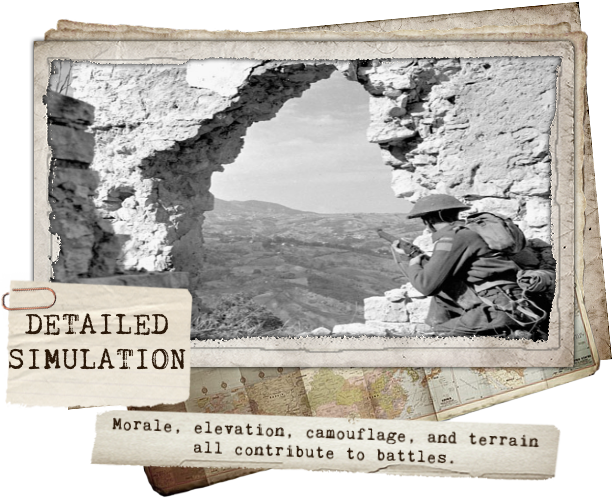 Behind the scenes, ammunition, morale, camouflage, sight and stamina are all being modelled. Elevation and terrain type will heavily influence battles. A smaller force will be more successful in launching ambushes in a forest than a larger force. Being on a road drastically improves movement speed, however affords little cover and camouflage. Being on a hill will drastically increase your spotting distance, whilst also increasing your range and damage. Study the map carefully, and identify how best to use your units. 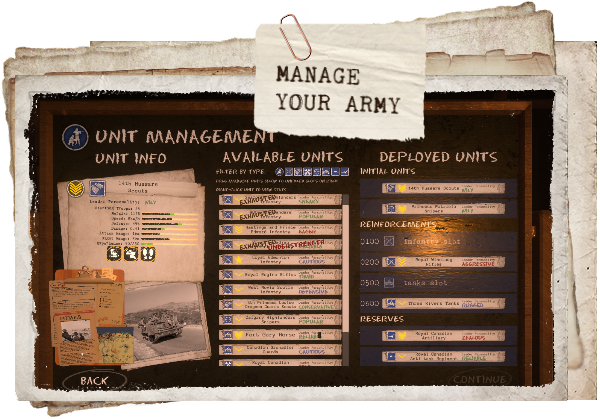 Carefully choose which companies to deploy - each company has unique strengths and weakness. Learn the quirks and personalities of your companies: zealous officers may refuse to retreat. Veteran companies will gain specializations, with each unit type having unique abilities.

Everyone needs a break, and your companies must rest and replenish between missions. Exhausted units perform poorly, so watch your unit rotations. 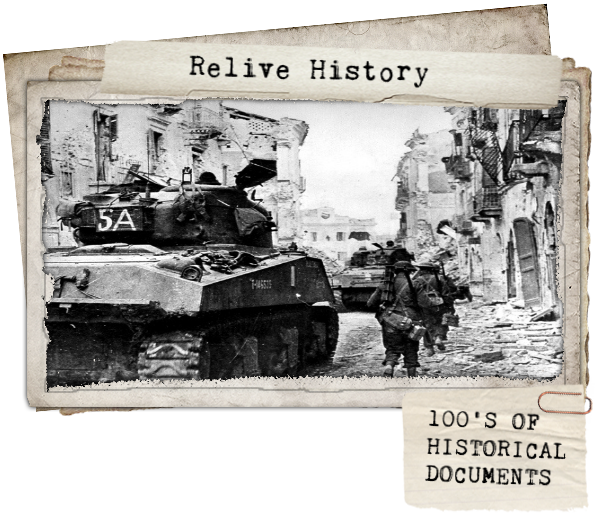 Play from the under-represented perspective of the 1st Canadian Army. Take part in the disastrous Dieppe Raid, crack the Hitler and Gothic Lines in Italy, land upon the Normandy beaches and close the Falaise Gap.

Review 100's of historical photos, documents and video. Learn how soldiers lived throughout the war, and gain a better understanding of their experiences.

Recreate history's most famous battles of the war using an easy to use map editor. Share your creations using Steam workshop. Create challenging scenarios for others to try to beat! 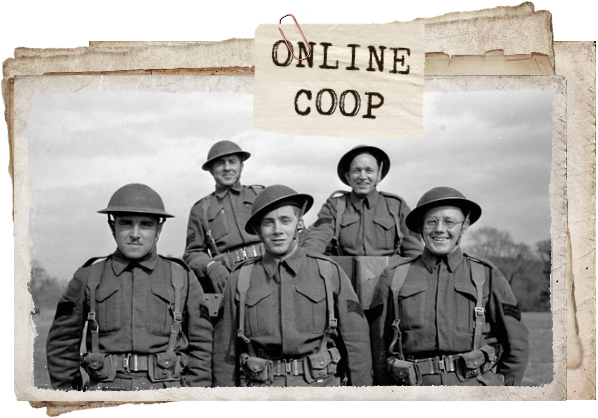 Two heads are better than one - bring a comrade to fight at your side. Play the entire campaign cooperatively, or try custom missions from the Steam Workshop.

add to wishlist
Learning From The Past

Create your own custom mission
Teamwork