Deliver Us The Moon is a Sci-Fi thriller set in an apocalyptic near future where Earth's natural resources are depleted. In an effort to solve the energy crisis, global powers created the World Space Agency and secured a promising new source of energy on the moon.

The World Space Agency colonized and operated from the moon until one fateful night all communications with Earth ceased and the energy source was lost. Now, years later, you assume the role of Earth's last astronaut on a do-or-die mission to investigate what happened and save humanity.

During this adventure, your only companion is a small robot named ASE. Together you will traverse the moon, explore abandoned facilities, gather clues and ultimately uncover the secrets and hidden agendas of those long gone!

Will you save mankind or be forgotten in the dark abyss of Space?

The narrative focuses on topical issues, like climate change and the depletion of the world’s natural resources

Experience sequences of 1st and 3rd person play, as Deliver Us The Moon takes you on a genre busting narrative adventure

Launch a rocket from Earth, journey through the WSA space station and explore the open lunar landscape with weightless freedom - by foot, rover or monorail

Ruins of previous lunar missions have many stories and secrets to tell. Use your Astrotool to uncover the history of the lunar colony

SUIT UP WITH SPACE AGE TECH

With the ASE drone as your sole companion, utilise the greatest technology mankind has to offer from new age space-suits, cutting lasers, rockets and robot arms

With oxygen tanks running out and the never-ending void of Space staring you down, staying alive won’t be so easy

Overcome obstacles, dangers blocking your path and uncover the secrets of the past by using various tools and all of your wits to solve intricate puzzles

Inspired by the greatest works of Sci-Fi in cinema, Deliver Us The Moon has an awe inspiring soundtrack to rival the movies with three hours of original music

add to wishlist
The First Of Many Courses

Collected a piece of scannable information.
Learning To Listen

Collected an audiolog.
Fly Me To The Moon

Completed an astrotool dossier profile.
A Light At The End Of The Tunnel

Witnessed a hologram.
The Mechanic

(Secret achievement)
A Light In The Dark

(Secret achievement)
Once Upon A Time In The Void

(Secret achievement)
Lent Them Your Ears

(Secret achievement)
You Spin Me Right Round

Right round like a record.
Now You See Me

Found the rhythm to a source of overwhelming power.
What We Do In Life, Echoes In Eternity

Witnessed all holograms.
Gasping For Air

Read all current entries of the Moonman comic series.
Houston, We've Had A Problem

Forgot your training.
Not A Scratch

Remained unharmed during an electrictrifying standoff.
Among The Stars

One small step for man, one giant leap for mankind.
Moonbear

If only Kathy could have seen this.
The Observer And The Observed

Completed ten astrotool dossier profiles.
In The Nick Of Time

Reached the Taurus V with only seconds to go.
Stargazer

Survived outside for 30 minutes.
Have A Seat

Brought a seat outside to admire the view.
The Aquanaut

We all float down here.
Goodbye, Old Friend

Took your companion cell on a trip that came to an untimely end.
Breach 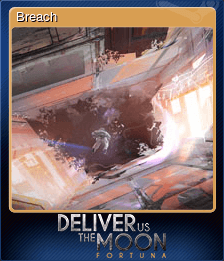 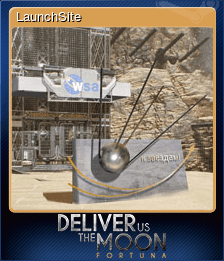 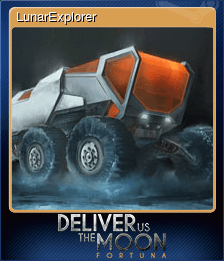 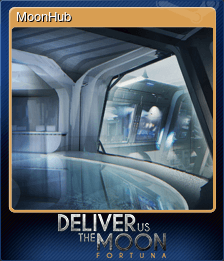 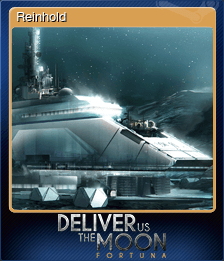 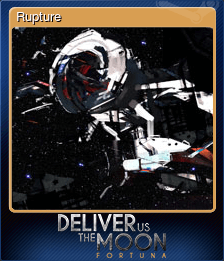 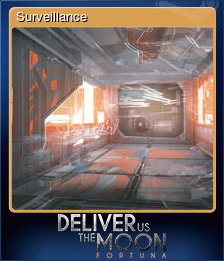 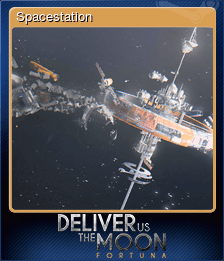