The world has ended. There is no hope. No new beginning. Only the survivors. DEADLIGHT follows the journey of Randall Wayne, a man searching for his family across Seattle during the aftermath of a 1980s event that has decimated life on earth. This visually stunning Cinematic Survival Platformer will challenge you to run, jump, climb, and struggle for your life as you look for answers and the ones you love.

add to wishlist
What's on your mind

Find a page of Randall's journal
Knockin' on Heaven's Door

Tackle a door
Lay your hands on me

Survive a close encounter
I Ran (So Far Away)

Escape from the warehouse
Welcome to the Jungle

Reach the junkyard
Another one bites the dust

Perform a combo on an enemy
In the Army Now

Get to the military control
Go back to hell

Kill an enemy with a single melee attack
Flirtin with Disaster

Tackle an enemy
Rust in peace

Perform a headshot
Is there anybody there?

Finish Randall's dream
Land Down Under

Push a zombie over a railing
Lazing on a Sunday afternoon

Find Parker in the hockey arena
Under pressure

Finish Randall's nightmare
What You Need

Find the first health expander
Holding out for a Hero

Reunite with Stella
Come Sail Away

Make it to the end
Tainted love

Get infected by a friend on the leaderboards
Let there be rock!

Beat the high score in Madness Mansion
No Pain, No Gain

Beat the high score in Sport Daisy
Pickin' Up Strangers

Find all the IDs
I want it all

Get 100% of Deadlight
Forget Me Nots

Find all of Randall's memories
Tales Of Glory

Finish the Nightmare mode
The Leftovers 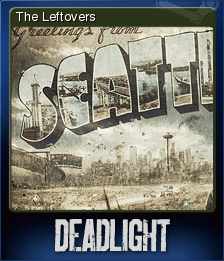 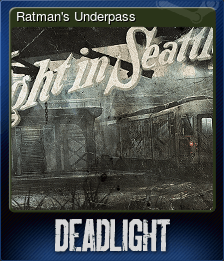 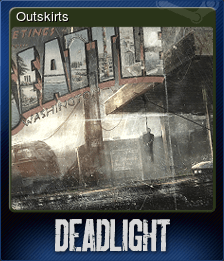 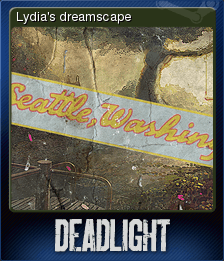 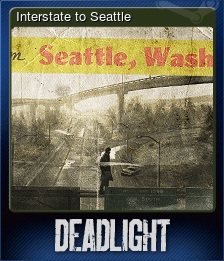