NOTE: THIS PRODUCT WILL ONLY REDEEM IN Europe, Middle East and Africa REGIONS.

Endless Space 2 will put you in the fascinating role of a leader guiding a civilization in making its first steps into the cold depths of interstellar space.

You will explore mysterious star systems, discover the secrets of ancient races, develop advanced technologies of unthinkable power, and, of course, encounter new life forms to understand, to court or to conquer. Your story unfolds in a galaxy that was first colonized by a people known as the Endless, who rose and fell eons ago. All that remains of them are mystical ruins, powerful artifacts, and a mysterious, near-magical substance known as Dust.

The new Galaxy Generator has been completely overhauled to provide unique star systems and curiosities to explore, different planet types to colonize, luxuries and strategic resources to exploit, the mysteries of the Dust and new lifeforms to master, and a host of strange cosmic anomalies to deal with.

EXPAND beyond the unknown

Claim new systems by establishing outposts, and develop your planets into feared stellar fortresses or fabulous utopias full of wonders. Train your heroes to become fleet admirals, system governors or influential senators to guide your populations and make your galactic civilization thrive.

Collect Dust, luxuries and strategic resources that are tradable on the marketplace, discover amazing new technologies, and keep one step ahead of the competition through trade corporations and subtle diplomacy.

Design your ships, build your fleets and carefully choose your battle plans to overcome up to seven opponents in online confrontations. Watch epic real-time space battles unfold, and improve your strategy for your next confrontations.
Disclaimer: multiplayer will be released during Early Access.

Discover each civilization’s story, from the Sophon’s AI gone berserk to the traditional Lumeris families facing an ambitious young upstart. Learn more about the origins of the lethal Endless creation called the Cravers. Find out more about the Heretic, a mysterious and powerful character hunted by the Vodyani… The galaxy will belong to the civilization that controls Dust and uncovers its secrets… but were the Endless alone in the galaxy? What is the true origin of Dust? Are the rumors around a mysterious organization called the Academy real?

Press Space anytime to activate the Amplified Reality view and reveal in-depth contextual information about your systems, trade routes, diplomatic stances and even your ship stats during battle!

add to wishlist
Getting Schooled

Level up a Hero to level 10
Ad Astra!

Play for 300 turns, across any number of playthroughs
Labs and Fabs

Level up a Hero to level 20
Corridors of Power

Have one system which produces more than 500 Influence
We Hit Pay Dust!

Have 3 Trade Companies that are level 7 or higher
Harvester

As the Sophons, research 10 technologies with a 50% Omniscience bonus in a single game
Cash Cow

Have 100 of each strategic resource
Just Warming Up

Gain 1 000 000 Dust, across any number of playthroughs
Heroic Patience

Play for 1,000 turns, across any number of playthroughs
Vive la Révolution !

Gain 2 000 000 Dust, across any number of playthroughs
Brains Over Brawn

Gain 4 000 000 Dust, across any number of playthroughs
Back to School

Discover the Academy with a Hero-led fleet
The Final Frontier

Win a Science Victory
By Our Grace You Were Elevated

As the Vodyani, leech at least 500 Essence in one turn
What If There Is No Tomorrow?

Win a Conquest Victory
Sins of the Fathers

Win with the Sophons
Feel the Glory

Colonize one of each type of planet in one game - by C0ldSn4p
Strove, Sought, Found, Did Not Yield

Win a game in Hard or higher difficulty against AI
Bow Before Me!

Win a Score Victory
It Will Not End with Fire

Win with the Unfallen
Virtually Endless

Win with the Riftborn
Stop Right There, Criminal Scum!

Destroy 4 Pirate Lairs in a single game
I Did It My Way!

Complete the Lumeris faction lore quest
I Know the Families

Win with the Lumeris
Yin and Yang

As the Sophons, assimilate the Mavros minor civilization by assisting them through a Quest
All for One…

As Horatio, splice the genes of at least 6 populations in a single game
The Other Clone Wars

Win with the Vodyani
They Saw Madness - I Found Genius

In a single game, invade 5 enemy systems benefiting from being entwined with Unfallen Vines and un-entwine them
Lost and Found

Complete the Vaulters faction lore quest
I Am the Eternal End

Win by eliminating all the other empires
Galaxy2Gether

As the Unfallen, assimilate the Eyder minor civilization into your empire
Still Hungry

Win with the Cravers
Endless Day

You have unlocked the Endless archivist; the being that watches the watchers…
Am I My Brother's Keeper?

Win a game in Impossible or higher difficulty against AI
I'll Bite Your Legs Off!

As the Riftborn, form an Alliance with 3 non-Riftborn empires
The Learner Is Now the Master

Win a game in Endless difficulty against AI
My People, the Vaulters

Win with the Vaulters
Roach Control

As the Vaulters, teleport a Fleet of 7 CP (or more) to a Pirate Lair
Buying Elections

As the Lumeris, use Dust to help the Pacifist party three times during elections in a single game
Tree Huggers

As the Unfallen, extend Vines to 5 systems of an empire with whom you have signed a Peace agreement
Et Tu, Brute?

As the Cravers, fully deplete all the planets of 3 systems you captured from your opponents
Endleus Vult!

As the Vodyani, destroy another Vodyani's Ark and recover the wreck for yourself
By Your Command

As the United Empire, destroy a Terran planet by firing a Carrier's Core Cracker
There Can Be Only Me

As Horatio, invade the home system of another Horatio player
88 MPH!!!

As the Riftborn, use a Fold Singularity to keep a fleet moving after warping through a Wormhole
I'm the Captain Now

As the Lumeris, sell 3 of your outposts in a single game
Cogito Argosy

As the Vaulters, colonize Auriga and assign OPBOT as its System Governor
I've Got a Jar of Dust

Play for 10,000 turns, across any number of playthroughs
No Mercy 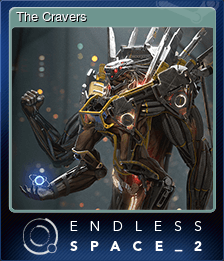 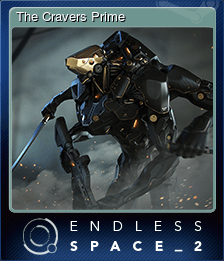 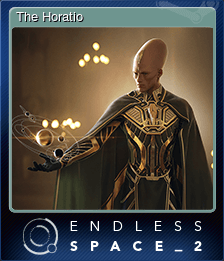 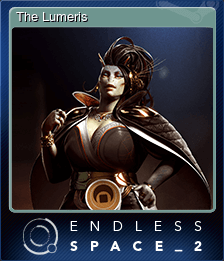 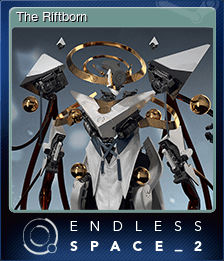 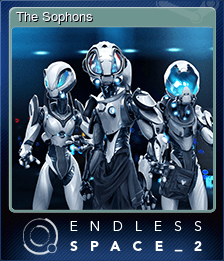 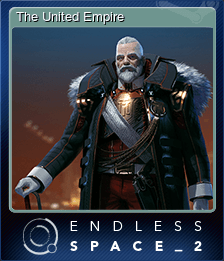 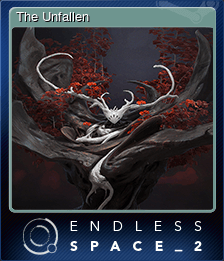 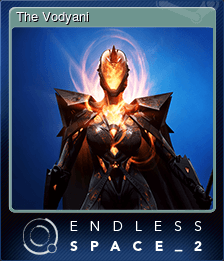