Resident Evil™ 7 biohazard Gold Edition includes all the content from the critically acclaimed release, along with all three pieces of downloadable add-on content, in one ultimate horror package.

End of Zoe is the third piece of DLC and is included in the Gold Edition. This latest shocking instalment of the Resident Evil 7 biohazard saga sees players discover what Zoe’s fate will be. Players will face off against new enemies and explore new swamp filled areas.

Resident Evil 7 biohazard - Experience one of the scariest, most highly acclaimed games of 2017. As Ethan Winters, explore the seemingly abandoned Baker mansion and uncover the truth behind the disappearance of your wife.

- Nightmare: Trapped in a basement full of unknown horrors, you must fight for your life…
- Bedroom: Tied to a bed, you must try to escape while avoiding Mother's watchful gaze… Includes the extra bonus content Ethan Must Die.

- 21: Take part in a twisted card game where the stakes are your life…
- Daughters: Experience the events that unfolded on the night it all started, when the downfall of the Bakers was set in motion… Includes the extra bonus content Jack's 55th Birthday.

a mysterious outdoorsman named Joe who lives along the bank of the marshes and has a chance encounter with Zoe that sets both their fates in motion.

Available as a free update on launch to all game owners, Not a Hero sees the return of Resident Evil fan favourite and veteran BSAA soldier Chris Redfield in a brand new experience, separate to the main game

Obtain something by closely examining an item.
Welcome to the Family, Son

Escape from the guest house.
Behind Closed Doors

Close an open door by yourself.
Arms in the Air

Block an enemy attack by guarding.
Master of Unlocking

Use a lock pick to open something.
He's Here, There, Everywhere!

Finish off an enemy with the knife.
Can't Catch Me

Complete the "Mia" videotape without being spotted by Marguerite.
Nice Try

Put an unrelated object on a shadow plinth.
Open Your Eyes

Use psychostimulants.
You Ain't Gettin' Away

Escape to the yard.
In the Bag

Increase your item slots.
The Grave Will Out the Truth

Uncover the secret in the old house.
You Better Start Running

Escape from the Baker family home.
Into the Depths

Escape from the ship.
Playing it Safe

Complete the game on Easy.
Less is More

Take down two or more enemies with one shot.
Be Kind, Please Rewind

Watch all the videotapes in a single playthrough.
End of the Night

Get ending 1.
The Nightmare's Finally Over

Complete the game on Normal.
Back Off, Mrs. B!

Fight off Marguerite while she wanders the old house to make her run away.
Slash Slash, Slashity Slash!

Clear insects off a door using a knife.
Just A Memory Now

Shoot and knock back Marguerite while she's leaping at you.
Duck If You Love Life

Complete the game within 4 hours.
1st Place at the Science Fair

Complete Not a Hero on Easy or Normal difficulty.
Who's Your Daddy Now?

Complete the game on Madhouse.
Like Mama Used to Make

Complete Bedroom.
Eye in the Sky

Kill an enemy by attaching a Remote Bomb to them and detonating it.
Butterfly Effect

Get the bad ending in Daughters.
Mr. Nowhere

Destroy all Mr. Everywhere statuettes.
Out Before Dessert

Complete the "Happy Birthday" videotape within 5 minutes.
Walk it Off

Perform a 4-hit combo with your bare fists in End of Zoe.
One Instinct: Survival

Get the true ending in Daughters.
The Devil Is in the Details

Read all of the files in a single playthrough.
Promise Kept

Complete End of Zoe on Easy or Normal.
Swamp Warfare

Stealth kill 5 enemies in End of Zoe.
Dead by Dawn?

Complete Nightmare.
Pelicans in Your Pocket

Obtain all of the Antique Coins in Easy or Normal difficulty.
Card Shark

Find all the dead rats in Bedroom in a single play.
Resource Manager

Complete the game without opening the Item Box more than 3 times.
Mad Pelicans

Obtain all of the Antique Coins in Madhouse difficulty.
You Gotta Know When To Hold 'Em

Get an S Rank or higher on all stages in Jack's 55th Birthday.
Fastest Man in the Swamp

Complete an Extreme Challenge in End of Zoe.
Miracle Chef

Clear a stage with a 10 minute time bonus or higher in Jack's 55th Birthday.
You're the Hero Now

Complete Not a Hero on Professional difficulty.
King of the Swamp

Complete End of Zoe on Joe Must Die.
The Only Guns You Need

Complete End of Zoe on Normal or Joe Must Die using no weapons.
Old Woman 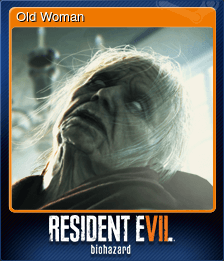 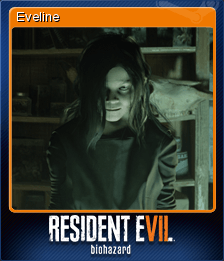 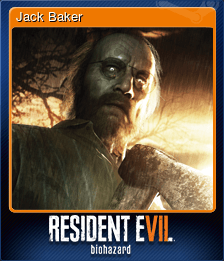 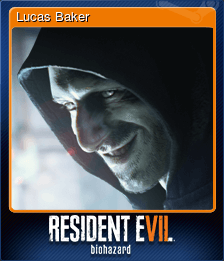 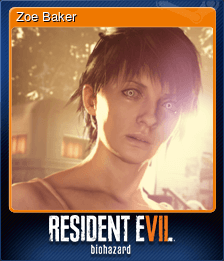 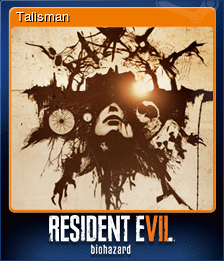 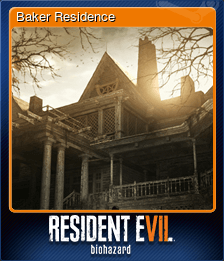 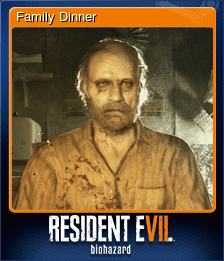 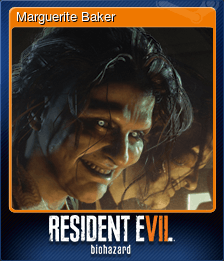