"(...) this is a game about finding reasons to survive rather than just the means to go on living."
- Adam Smith, Rock, Paper, Shotgun

"In a steampunk ice age, the only thing that can be crueler than the bitter cold are the decisions you have to make to keep your people alive."
- Stephanie Chan, VentureBeat

"(...) decisions push your morality to its limits for the sake of productivity, which could make for an captivating, draining adventure when the game releases later this year."
- Suriel Vazquez, Game Informer

In an ultimately frozen world, people develop steam-powered technology to oppose the overwhelming cold. The city ruler has to manage both the inhabitants and the infrastracture the citizens live in. Leader’s tactical skills face challenges, frequently questioning morality and the basic foundation of what we consider an organized society. Here optimization and resource management often clash with empathy and thoughtful decision-making. While city and society management consume most of the ruler’s time, at some point exploration of outside world is necessary to understand its history and present state.

What decisions will you make so the society can survive? What will you do when pushed to the limits? And...

...who will you become in the process?

THE CITY MUST SURVIVE

Frostpunk is a city-survival game where heat means life and every decision comes with a cost.

Survival is about hope and will to live. Your ability to spark and maintain these two in your people will be a determinant factor for success.

Society is a group of people abiding the same rules and sharing similar beliefs. Establishing laws and customs will be a crucial factor shaping your society.

Will you allow child-labour? How will you treat the sick and wounded? Frostpunk challenges a player’s tactical skills, while questioning one’s morality.

The world covers not only bits of the past but also the potential means to secure the future of your people.

In the New Home scenario, save every person in Frostland
Banksy

Build an automaton
Once More unto the Breach

Provide an amputee with a prosthesis
The Saviour

Finish the New Home scenario with no deaths from cold, hunger, sickness or overwork
Leader

Have maximum hope and no discontent
The Scientific Method, vol. 2

Set up 2 Outposts in one playthrough
Politician

Have a fully upgraded Generator (power, range and overdrive)
Oxbridge

Have 4 Workshops doing research at the same time
Compassionate

In the New Home scenario, accept all groups of refugees
Please, Sir, I Want Some More

In the New Home scenario, don't let anyone leave for London
Bad at Politics

Keep every promise made during a playthrough
Tis but a Scratch

Finish a playthrough without an Infirmary or House of Healing
Technocrat

Have 4 Coal Thumpers working at the same time
Carnivore

Having a choice, finish a scenario using only Hunters
Search and Rescue

Rescue all of your people coming to the City
Refugee

Have 15 automatons at the same time
Satellites

Finish a scenario never expanding the range of the Generator
Hyperefficient

Have a workplace with efficiency greater than ... [200%]
Advanced Designs

Have an Advanced Coal Mine, Advanced Wall Drill and Advanced Steelworks at the same time
Everybody Lived for Once

Having a choice, finish a scenario using only Hothouses
Unskilled Labour

In a city of at least 200, have automatons working in more than half of workplaces
Worse than London

Finish a playthrough without building a single House or Bunkhouse
Negotiator

Finish a playthrough without building a single Tent
The Iron Saviour

Finish the Refugees scenario on Hard difficulty
My Turn to Speak

In a city of at least 200 people, ensure everyone has access to the Public House and a Fighting Arena
Leader 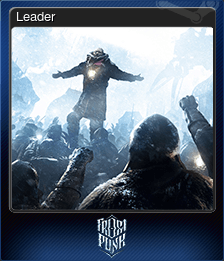 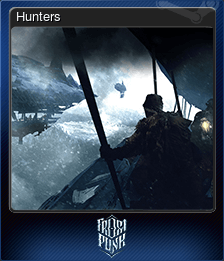 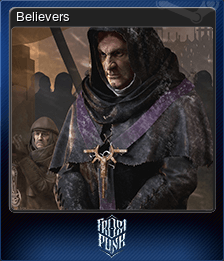 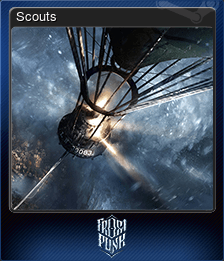 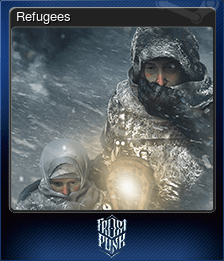 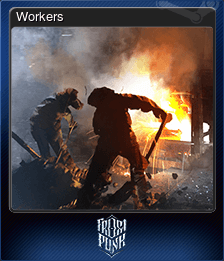