Important Note
Caos is not a misspelling. It's not 'chaos': It's Caos.

Terribilia Van Quinn, a.k.a. Terry, is an apprentice technomancer, as much ingenious as she's impulsive and distracted. Gifted with a fantastic talent, Terry created amazing inventions, among which stands out Heimlich, a talking mechanical owl and her best friend, which follows her in every adventure.
After many ups and downs, Terry finally begun her apprenticeship under the legendary Albion McMaster, known as the greatest technomancer ever, a grumpy and enigmatic man. Now, following her new master, Terry will have to fullfill McMaster's expectations, following him in a new, great adventure.
McMaster is on the trail of a mysterious artifact, with wich he could accomplish his Great Project.
Will Terry be able to help her master to achieve his goal?
Will Terry be able to actually get what this goal IS?
Will Heimlich be able to prevent her to get in too much trouble?
And have I removed the roast from the oven?
Almost all of this questions will be answered in "A Tale of Caos: Overture"!

Note: by purchasing the game you'll get instant access to the three acts.

add to wishlist
The Adventure Begins!

Start the game for the first time.
Backstory, Please!

Listen to all the dialogues in the first scene.
Mission Briefing!

Ask all the questions to McMaster befor starting the quest.
Violence is NOT the Answer!

Ask Terry to fight Burrborrg.
Trust Me: I am an Engineer!

Consult the Walkthrough for the first time.
Alchemist Apprentice

Solve the alchemic minigame once without skipping it.
A Terrible Ordeal!

Force Burrborrg out of the tavern.
Power to the Environment!

Solve the eco-engine minigame once.
I CAN'T HEAR YOU NO MORE!

Get rid of the Bog Marauder.
End of Act I

Complete the Act I.
The Easier Way

Consult the Walkthrough five times in a game run.
Bug-Remover

Get rid of the Scolodiabolus.
Knowledge is Power!

Ask for lore to all the characters.
Homunculus Award!

Solve all the alchemic minigames without skipping them.
Finding Strange Secrets

Ask to Geneveuve for interesting lore.
Winter is coming!

Get rid of the autumnelementals.
The Easiest Way

Consult the Walkthrough ten times in a game run.
The Right Thing to Do

Return the hammer to Korzov without asking anything in return.
Chatterbox

Have a nice chat with your friends.
I can see my home, from up here!

Get inside the LOBOSS base.
Snack time!

Get rid of the sea monsters.
Traveller's diary

Once you have had many adventures, it's great to tell them to someone.
Are we there yet?

What about now?
Escape artist

A step closer to the end.
End of the Overture

A great adventure ends, a new one begins!
Snooper

Everybody has something to tell.
Bookworm

Find your love for literature
We're Not in Kansas Anymore

(Secret achievement)
The Words of Power!

Solve the Jwillox enigma.
We are eternity

(Secret achievement)
Did You See My Devices? Did You?

Show all the Terry's inventions to McMaster.
Time to die

Ask to Hemilich all of his thoughts.
Thanks for playing

And don't forget to tell your friends about us!
Terribilia Van Quinn 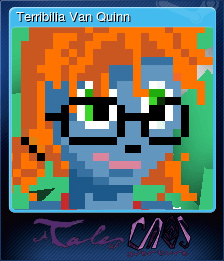 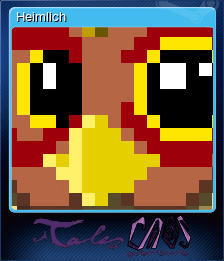 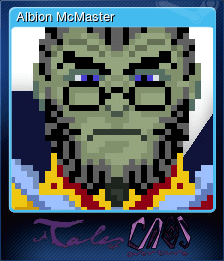 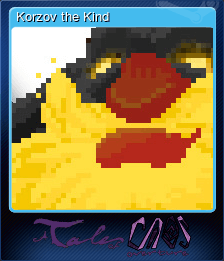 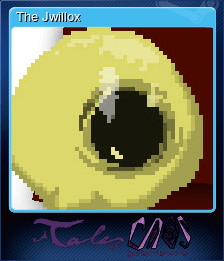 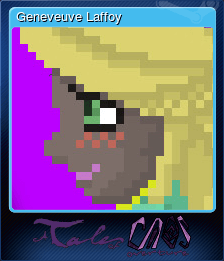