About Galactic Civilizations I: Ultimate Edition

Galactic Civilizations is a space based strategy game in which you are in control of humanity's destiny.

The year is 2178, the Terran Alliance has invented a new technology -- Hyperdrive. But the secret has leaked to the other civilizations starting a race for all the inhabitable worlds in the galaxy! As leader of United Earth, you must research new technologies, build an economy, create a powerful military force, all the while carefully balancing your political, diplomatic and trade skills.

What if one day, humans woke up to find that they weren’t alone in the galaxy? They make their way into space and discover other alien civilizations with their own histories and motivations looking to make a name for themselves. Choose your race - Human, Drengin, Altarian, and so many more - and lead your civilization into a golden age in one of the largest 4X strategy games ever made!

Research new technology, design starships, and colonize new worlds as you face threats and conquer challenges from new and mysterious sources. Negotiate trade and treaties, wage wars, spy on your enemies, and promote outstanding citizens. And when you've finished that, play again as one of the many included alien civilizations each with its own history, technology tree, ship components, and more.

Galactic Civilizations III now bundles in the Crusade expansion and Mega Events add-on content for an even greater gameplay experience! Join the ranks of galactic leaders today, and answer the question: how will you rule your galaxy?

Each new game offers an array of options as you set it up - choose your map size, abundance of planets and resources, frequency of events, and more for a unique play experience every time. Galactic Civilizations III also removes linear victory conditions and offers you multiple objectives that you can choose to pursue in order to win, such as military conquest, cultural domination, technological ascension, or political alliances. The new multiplayer capabilities also allow you to expand your challenges and fights beyond an AI in order to face off against fellow players. All of this, topped with a rich and in-depth custom ship designer ensure an immersive and exciting experience as you decide how to rule your galaxy.

Play for 5 hours across all games
Greedy

Survey an anomaly in a dust cloud or nebula
Boldly Go

Use a Worm Hole
Flying in Style

Create your first ship design
All Your Base

Destroy more than 15 enemy ships in a battle
For Arcea

Control all Relics on the map
Micro-Manager

Change your tax slider for one turn
King Maker

Unleash a custom Civilization on the Galaxy.
Space Emperor

Declare war before you have Universal Translator
Merchant Empire

Have 12 or more Trade Routes
They Want To Be Us

Promote your first Specialist.
From Earth to Distant Stars

Win as the Terran
Built From Nothing

Win as a Custom Faction
Crush the Resistance

Destroy more than 7 Pirate bases
There is a crusade coming

Win the campaign
No More Secrets

Technology Victory
A Universe Without Enemies

Win by Diplomacy
We Care For The Least of Us

Unlock all the Benevolent ideology traits
Together We Stand

Unlock all the Pragmatic ideology traits
Means To An End

Unlock all the Malevolent ideology traits
Under Pressure

Win a game in under 200 turns
They Really Love You

Change your government type
They Really REALLY Love You

Win an Election with a landslide majority
Enlightenment Attained

Win as the Altarian
Spy Master

Place a spy on a foreign colony.
Crisis: Space Monster

Successfully complete a Crisis
Tax the wealthy (and everyone else)

Win as the Yor
Two-Bit Buyer

Buy at least one resource on the marketplace
Cool Head(s)

Recapture your homeworld
They Grow Up So Fast

Create a commonwealth
From the Shadows

Win as the Iconian
Trickle-Down Economics

Lower your taxes to 0% for one turn
Crisis: Brain Trust

Sell at least one resource on the marketplace
Drengin Supremacy

Win as the Drengin
Fulfilling the Prophecy

Win as the Iridium
Planetary Patron

Buy at least 10 resources at once
Stellar Seller

Sell at least 10 resources at once
Another Dimension Ruled

Win as the Thalan
Crisis: The Simulation

Complete "The Simulation" Crisis
There Is Only The Way

Win as the Krynn
Whatever happened to those Xendar?

Complete the Rise of the Terrans campaign
Vengence

As the Iconians, take back Iconia (Yor's starting homeworld) from the Yor
Eco-Unfriendly

Use Core Detonation invasion 10 times in one game
Master Merchant

Buy at least 30 resources at once
Exterminate

Destroy the Iconian faction, as the Yor
Crusher of Souls

Complete the Snathi Campaign
A Little Help From My Frenemies

Sell at least 30 resources at once
Crisis: Rogue General

Win Game playing the Terran Resistance.
Out of the Deep and to the Stars

Win as Torians
Revenge is Ours

Use an Artifact Power
Hyperdiculous Speed

Win as Drath
You're a Bad Person

Use the spore weapon
No Limits

Build 20 hyperlanes in a single game
Overminds meet your Overlords

Win as the Tywom
Thanks be to Jeff

Win as the Mu'Kay
Sticks and Stones 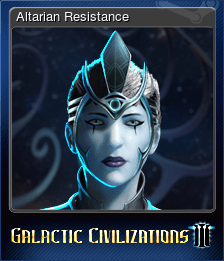 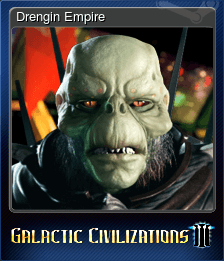 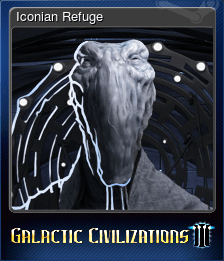 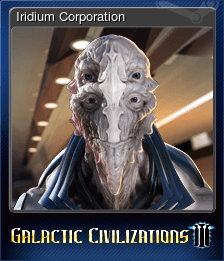 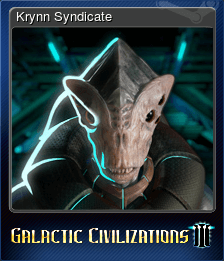 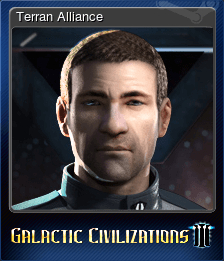 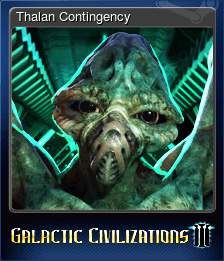 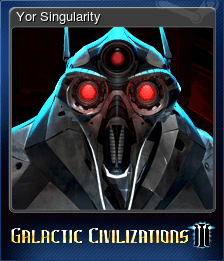