Be fast, be first and be famous as the race returns in GRID 2, the sequel to the BAFTA-award winning, multi-million selling Race Driver: GRID. Experience aggressive racing against advanced AI and become immersed in the race with GRID 2’s new TrueFeel™ Handling system which powers edge of control exhilaration behind the wheel of every iconic car. The next generation of the EGO Game Technology Platform delivers genre-defining visuals and jaw-dropping damage as you prove yourself across three continents in a new, evolving world of motorsport. Earn fame, fans and fortune as you blaze your way to the top in intense, relentless races on licensed circuits, beautifully realised city streets and lethal mountain roads. GRID 2 will also set the new standard for multiplayer racing with innovative modes, an entirely separate progression system and deep integration with RaceNet, the free online extension for Codemasters Racing games.

add to wishlist
Here's My Number, Call Me Maybe?

You returned Callahan's call and became his poster boy for the World Series of Racing.
Sideways Shenanigans

You performed a 100m drift.
SWAGtastic!

You beat the target time in a Vehicle Challenge.
T3XT M3SSAG1NG I5 GR8

Thanks to you, the WSR is now the talk of the town.
A Vision of What's to Come

You won a career Promo Event.
Winging It

You've gone above and beyond the call of duty and completed 5 career sponsor objectives.
That New Showroom Smell

Having wowed the crowds in America, it's time to upgrade your digs.
C-C-C-Combo Maker

You reached the maximum multiplier in an Overtake event.
Remember Me?

You lapped a competitor.
Harlem Globeshaker

You raced at every city at least once.
Internet Famous

The message boards are alight with the talk of the WSR's increasing popularity.
Pedal to the Medal

You won a round of a career event without using the brakes.
Beginner's Luck

You set the fastest time on the first lap of a Time Attack event.
Oriental Express

You shutout an opponent in a career Touge event.
Jack of All Trades

You've competed in all race types.
Clubbed to Death

That's it, folks. The club format is behind you, it's all about the leagues now. Good luck!
The Artist

You won the first round of a career Touge event using the 5 second rule.
Ring Master

You finished 5 seconds ahead of the target time in a Vehicle Challenge on the Red Bull Ring.
Sellout

You've got one thing on your mind: money! You completed 20 career sponsor objectives.
Going Global

The WSR goes from regional to global thanks to your impressive form.
Could It Be Magic?

You beat all of the Prestige drivers in career club events.
Making My Way Down Town

You got your first taste of a Super Touring Car and never looked back.
All Night Long

You took part in and completed an online Endurance race.
A Different Class

You've upgraded a car and bumped it to 'Upgraded' class.
Natural Ability

You took part in an online playlist and stuck around for at least 5 races.
One For The Team

You've completed an individual Global Challenge goal and ultimately helped the community.
Even Balboa Had a Montage

The WSR is so big now that it's even getting montages on TV. You've made it to the big time!
Harder, Better, Faster, Stronger

You won a race in an upgraded car.
Rocket Manski

You've driven faster than a Russian torpedo, which incidentally is 230 mph (370 km/h).
Imma Let You Finish

You amassed more fans than Taylor Swift has Twitter followers. That's 23.5 million, by the way.
The World's Greatest

Congratulations, you have become the ultimate WSR champion. What an investment!
Dipping Your Toes

You traded paint with every competitor during one offline race and still won the race.
Shaken, Not Stirred

You rolled a car at least 7 times and landed on its wheels, just like Bond did.
Global Domination

You won a week of Global Challenge.
Quantum Leap

You repeated an event using the Timeline.
Flawless Victory

You've won an Overtake event making no contact with anything. (Excludes Global Challenge events)
Drifting Like a Boss

You won a career event on the hardest difficulty without using Flashbacks.
You rOCDed!

You finished first in every career event, during season play and/or via the timeline.
Keep Your Friends Close...

… and your enemies even closer. You beat a Rival on track.
Tokyo Drift

You scored 350,000 drift points in Okutama in a Mazda RX-7 TYPE RZ or a NISMO R34T-R Z-TUNE.
California Dreaming

You've won a race in a white Dodge Challenger but lived to tell the tale, unlike Kowalski.
Gone in 60 Seconds

You completed a lap of Chicago - Wabash Run driving the Ford Mustang Mach 1 in less than 60 seconds.
Bush-bash

You completed a Time Attack event at Bathurst.
Turn Back Time

You beat a lap time of 01:49:00 at Spa-Francorchamps. (Excludes drift events)
Rouge Racer

You beat a lap time of 01:39:00 at Bathurst. (Excludes drift events)
An Old Favourite

You've won an elimination event in a Pagani Zonda Revolución.
Staying the Distance

You completed an online Endurance race at Spa-Francorchamps.
Super Drift

You've scored over 300,000 points in a single drift at Spa-Francorchamps.
Time Extended 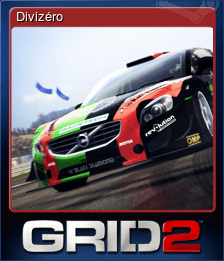 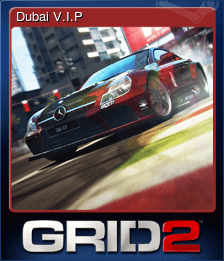 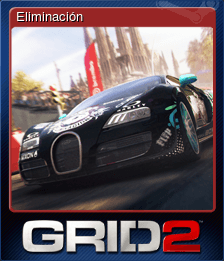 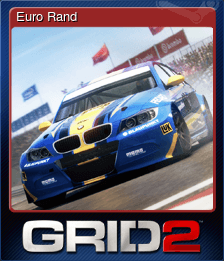 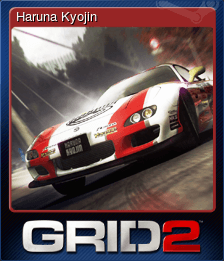 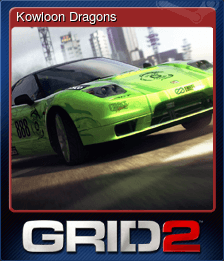 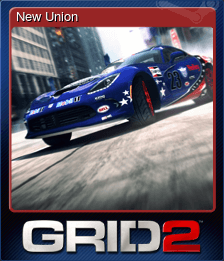 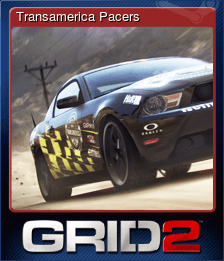