The Rocksmith Real Tone Cable is not included with the purchase of Rocksmith 2014 on Steam and must be purchased separately. Please see your local retailer or many online stores to purchase the Rocksmith Real Tone Cable. Rocksmith requires a unique 1/4"-t- USB cable, that is the first of its kind, which allows users to plug any real guitar with a quarter-inch jack directly into their console or PC. Developed exclusively for Rocksmith, this revolutionary cable turns the guitar's signal from analog to digital, allowing it to be recognized and played through video game consoles or PC for the first time. The use of a second Rocksmith Real Tone Cable allows for simultaneous split-screen cooperative play while playing Rocksmith.

Rocksmith 2014 Edition is the fastest way to learn guitar. Plug in any real guitar or bass and join over 1 million people who have learned with the award-winning Rocksmith method. This official sequel is bigger, better, and faster than ever. Rebuilt from the ground-up, you’ll experience new modes, vastly improved features, a new look, more flexible and deeper practice tools, new techniques and tunings, over 50 new hit songs, and much more.

Nothing plastic, nothing fake, just the most authentic and complete guitar experience in music gaming. By plugging into your PC, you’ll develop real skills and real styles while playing absolutely real music.

Featuring gameplay that automatically adjusts to your personal ability, Rocksmith’s innovative game design makes playing music visually intuitive and will engage experienced musicians as well as those who have never picked up a guitar in their lives.

Unlock mini-games to hone specific skills. You’ll also be able to choose from a large catalogue of songs in different styles. You’ll experience it all with an honest-to-goodness guitar or bass. Nothing compares to playing a real instrument.

Rocksmith 2014 Edition – Remastered includes a free downloadable update with a customizable learning curve, expanded practice tools, stat tracking, improved menus, and more. If you already own the original game, you can download the remastered updates for free at launch on October 4; there’s no need to repurchase.

add to wishlist
Welcome to Rocksmith 2014

Play a Solo at >95% Accuracy
Rocksmith Is My Teacher

(Secret achievement)
I Learned to Play a Song

Get a streak over 250 that bridges multiple songs
Matinee Performance

(Secret achievement)
Not Your Favorite?

Exclude a song from the Nonstop Play playlist
Marshall Gear

Play Learn a Song for 25 hours
Ready to Session

Get Platinum on Score Attack Easy, Medium, Hard or Master
One More Song!

Use the One More Song feature
Waking the Neighbors

Hit all guitar techniques at least once
Orange Gear

Get Platinum on Score Attack Medium, Hard or Master
Proved It…

Hit all bass techniques at least once
Epic Session

Get Platinum on Score Attack Master
Who Needs a Dog?

Play with over 50 instruments
Might Wanna Try Another Song!

Complete 214 Missions
Fellowship of the Strings

Complete all 6 levels in a Scale Set in Scale Warriors
You’re All Clear, Kid! 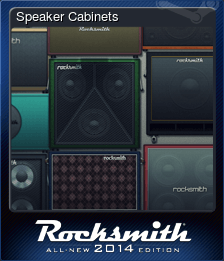 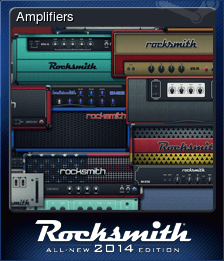 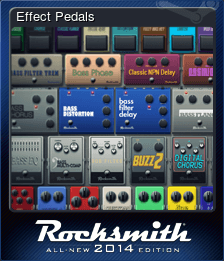 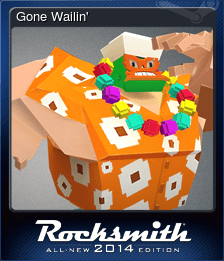 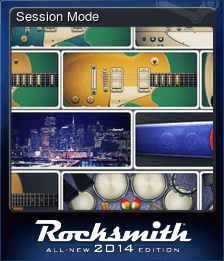 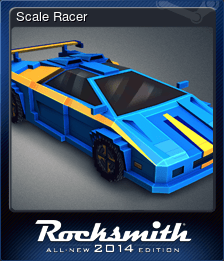 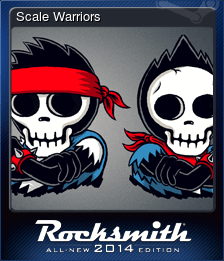