Regain your riches, restore your honor and punish those who have wronged you.

Merchants of Kaidan is a challenging trading game fused with lots of RPG elements. You start very humble, one cart, a purse of gold and silver coins is all that you have. Your task is to roam the world and search of opportunities to score some profit. Buy low, sell high - a merchant's motto is easy to grasp. And yet the job is harder than it seems.

A good merchant needs to know everything about the market, he is always on the lookout for a deal, always listening, always engaging and deepening his knowledge. He knows what forces influence the prices, what events affect them. A good merchant listens to rumours and gossips spread by travelers at inns and taverns; hoping for a clue, a hint where to go, where a good deal awaits. A good merchant surrounds himself with specialists smarter than him, people who help him maximize profits and minimize losses. He always expands his fleet of carts, he balances risks, calculates profitability.

The conditions are constantly changing, and supply and demand for different goods with them. Maybe you'd like to pay a cheaper price for furs in the summer, and sell them for a hefty profit as the winter is coming and people need warmth.
But is it worth carrying them for so many days, risking robbery, moths and taking precious space that you could use to transport something now and make a profit immediately?
Or is it worth to buy illegal herb in the out of reach swamps where it cost's next to nothing, and risk smuggling it into the city where you can sell it for an amazing profit? But what if the city guards want to control you? Should you pay a bribe? How big? Maybe the best course of action is to say that you have nothing and hope they don't find anything?

These are the types of questions you will have to ask yourself constantly.

Your name is Olivean de Calinn, and this was supposed to be the most important day of your life. Your father has been preparing you, for all these years, for this exact moment. Your 21st birthday.

You were finally a grown-up, able to take care of yourself, a person worthy of continuing your fathers' legacy.

He wasn't born into money. To buy his first cart, he had to work very hard saving every silver and copper. One trade after trade, step after step, he climbed the ladder, transforming his tiny one-man venture into a trading company of a rather significant size.

Then he met Van Talodd, the most famous merchant in the whole kingdom, and soon enough he entered into partnership. This enterprise proved very profitable, and Van Talodd promised your father something more precious than wealth. A lordship. Few weeks ago he left to the Capital – Ovoros – to accept the title. He was taking a little longer to come back than you expected, but recent weather was unfavourable, maybe he got stuck, or a road turned into a swamp... it happened all the time.

It was almost dusk when you heard the knocking to the door. A messenger, his clothes soiled with mud, brought you a letter. There was no lordship, your father was found a traitor, an enemy of the Kingdom, and hanged for conspiring against the king, after a very hasty trial. All his assets and estate confiscated and handed over to the person who exposed the entire plot – Van Talodd.

Suddenly everything became crystal clear, Van Talodd maimed him with promises of lordship, the only thing money can't buy. But his real purpose was to entrap your father and take over his fortune.

Instead of your birthday present, you got carts full of kings' sell-swords approaching quickly. There was no time to loose, you had to run fast and far. Flee from the men that were certainly sent to kill you.

That is only a beginning of your story, you're left with only your family ring that you had on you. Take a fake name you need to avenge your father. Follow the same path as him, grow rich and destroy Van Talodd. The road there is hard and long – are you strong enough to make it?

Kaidan is a fictitious world, that was once a home to a space-faring civilization. It's history is almost unknown. Only that, once they developed starships, they relatively quickly left the planet. And on the remnants of the old civilization a new one has sprouted. A far less developed. If not for the artifacts left by the predecessors, they would be no different than a medieval country.

Retain maximum luck for 25 days in a row
Gadgeteer

Retain minimal luck for 25 days in a row
Monster Slayer

Complete 3 transactions in all 3 regions within 25 days
Adventurer

Visit all mines within 60 days
Bacchus

Travel with the airship 10 times in a row
Multitrade

Visit all the locations
Great Adventurer

Visit all the sea ports within 80 days
Debt Collector 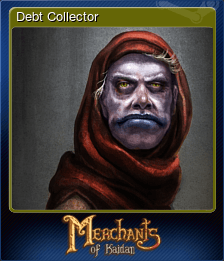 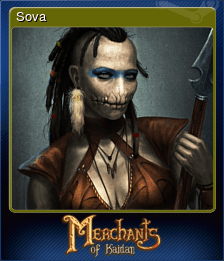 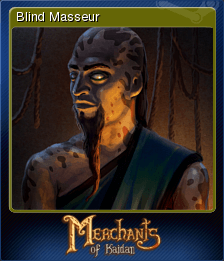 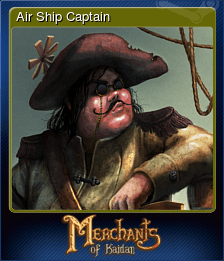 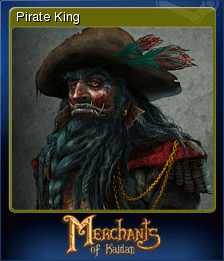 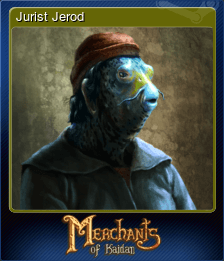