HexWar Games has partnered with Plastic Soldier Company to bring you a digital version of Commands & Colors: The Great War board game. The game allow players to portray important engagements throughout WWI history. The battles focus on the historical deployment of forces and important terrain features of trench fighting in scale with the game system.

The scale of the game is flexible and varies from battle to battle. For some scenarios, a few infantry units may represent an entire wing of a larger battle, while in other scenarios a unit may represent just a few brave soldiers going over the top. The Command card system drives movement, creates a “fog of war” and presents players with many interesting opportunities; while the battle dice resolve combat quickly and efficiently.

The Combat cards add an element of suspense and will challenge players to coordinate their use in a timely manner. Overall, the battlefield tactics players will need to execute to gain victory conform remarkably well to the strengths and limitations of the various types of WWI units, their weapons, battlefield terrain, and written history.

Roll a burst side when in ranged combat but only rolling a single die.
British Victory

Win while playing as the British side in any scenario.
Berlin in 15 Days

While playing as the British side win a victory medal by occupying an enemy trench.
Battle Scars

Add a shell crater to the battlefield either by mortar attack or offboard artillery.
Caught in the Crossfire

Rolled 30 burst dice in combat during a single match.
Bleed them White

Win a scenario, that is not the opening tutorial scenarios, by eliminating enemy units only.
German Victory

Win while playing as the German side in any scenario.
Breakthrough!

Win a match where your opponent has not won a single victory medal.
Logistical Nightmare

Use the tactician combat card to order 4 or more battlefield units.
Stalling for Time

Win while playing as the Canadian side in any scenario.
Canadian Mounties

Break through with a unit for one victory medal while controlling the Canadian side.
Shell Shock

Roll 10 deadly die sides while in artillery combat and rolling for hits on the target hex.
Mine, all mine!

Take control of mine crater previously held by an opponent for 1 victory medal, or 2 victory medal swing.
Victory on the Western Front

Achieve victory playing as the British side in all scenarios featuring this side.
National Pride

Achieve victory playing as the Canadian side in all scenarios featuring this side.
The Schlieffen Plan

Achieve victory playing as the German side in all scenarios featuring this side.
Sociable 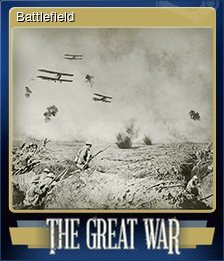 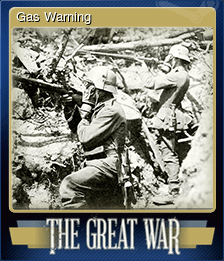 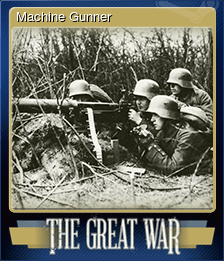 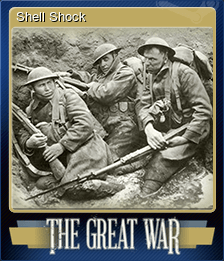 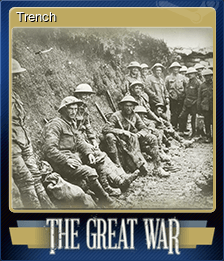