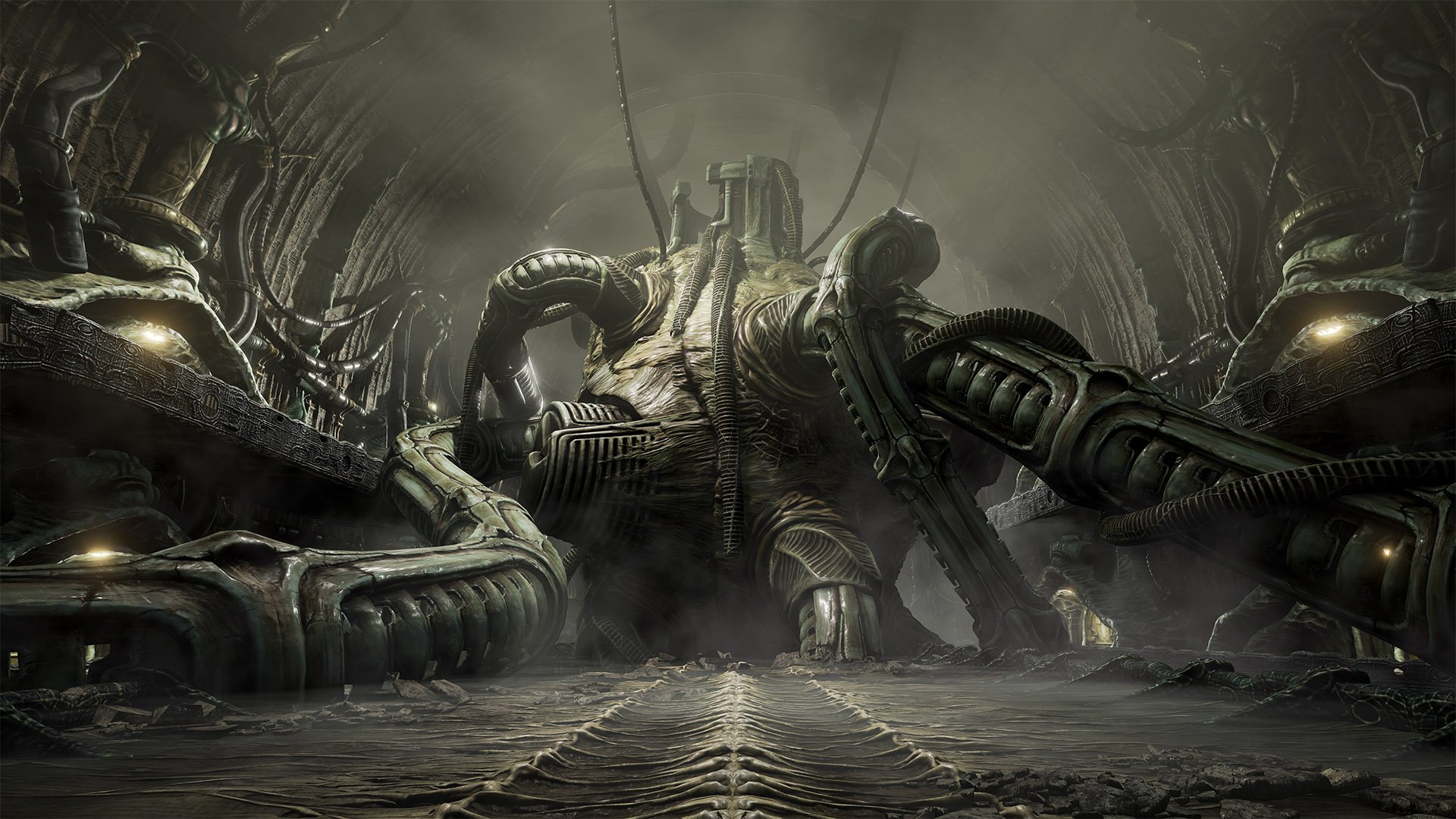 Recently I had the opportunity to speak with, Ljubomir Peklar of EBB software, about the upcoming new game Scorn. For those who are not aware of the game, here is the most recent trailer ( https://www.youtube.com/watch?v=gug_0mNhg4k ) It has a very unique setting for the game as you can see.

I was excited when I first had seen something about the game and wanted to find out more about it. Amazingly I was able to ask some questions about the game, these are those questions.


1. First and for most I suppose would be, 'About how long would part 1 be?' How many hours of gameplay do you think would be in part one when its finished?

- 6-10 hours depending on the skill set of the player.

2. Secondly, in the trailer it seems your ammo is teeth, or bone shards, is that correct?

- No, you are probably just projecting because ammo goes in to fleshy part of the gun.

3. Scorn is somewhat inspired by H. R. Giger, I really like his works, however a lot of them have obvious sexual content. Will there be such content in the game? Will it be a "twitch safe" game I suppose is what I would ask.

- Content is defined by the concept we are trying to present in the game, if it requires sexual content it will have sexual content, but it will not have it just for the sake of it or because some Giger paintings have it. Also, not all Giger artwork is sexual in nature it's just what most people leach on to. We are not interested in being twitch friendly, we are making the game that we want to make and that is it.

4. The gun play so far seems to show that you keep a trigger and a grip, but change out barrels. Will there be say, more then 3 barrel options?

- Only the shotgun has 3 barrels. Other weapons are different.

5. Will the different 'gun barrels' be used to complete certain puzzles? Or defeat certain enemies? Or is it more standard in which you just shoot the thing until it dies?

- Yes, sometimes a certain weapons will be used to complete the puzzles.

6. EBB software is a somewhat small team working on this, how did you all come to think about making Scorn?

- I had an idea for Scorn for a very long time and at one stage of my life an opportunity presented itself to take it further. It was just a small team (4 people) at first, and it grew larger organically as the project started taking shape.

7. What kind of computer would someone need to be able to run Scorn? Will it be an easier game to run or is it harder on computer performance?

- It's not that easy on the hardware requirement side, for an optimal experience at 1080p you would require a GTX 970 or better and a decent CPU like any i5 or Ryzen variant.

8. Some months ago there was a big thing about G2A and a game company that made a deal with them and then revised that after learning more about them. Do you worry that greysale sites like G2A, or even pirating will noticeably affect Scorn?

- No need to worry about something you have no control of.

9. Does the team have a game they play on off-time a lot? I know that valve used to play a lot of Peggle and then even made a game with Peggle after they found out.

10. I have shown the trailers on my stream in the past and several people said it looked 'scary' or 'disgusting.' Are you worried that the game might not be attractive to many groups because of how different, and alive the world setting is?

- It's quite the opposite, I'm surprised that people are responding this much, I expected a much smaller audience. I guess some people are watching the trailers just for the shock value even if I don't see the game in that way. As I already said we are making the game we are making, you either like it or not.

11. Will Scorn have an original soundtrack?

12. Will there be spoken word in the game or is it going to be a silent game for the most part aside from ambiance and guttural noises?

- There will be no dialogue, it works in a similar manner to German expressionistic films. It's all implied through visuals and audio.

13. Recently voice actors were upset about game companies not even telling them the name of their own character they were voicing to prevent leaks. How do you feel about where the line of preventing leaks and being overprotective is?

- If it was up to me and we didn't have to raise awareness to get the budget we need you wouldn't here anything about Scorn until 6 months before the release. So I guess we are overprotective as well.

14. Do you think the game will have a high difficulty for people, like some games, or will it be a bit more usual with the difficulty level?

- It's a reasonably difficult game. There is only one difficulty level.

15. In the new trailer there is a scene where you shoot out a key from your arm and put it in a lock thing on the table. Which made me think, will there be a melee option or is it only going to be gun play?

- You will just have to wait and see.

16. And last but not least. Have you had fun making Scorn?

- Development is fun, everything else around it not so much.

Once again I would like to thank , Ljubomir Peklar, for answering my questions. We hope to see more of the game soon. For anyone who wants to support the game its kickstarter can be found here: https://www.kickstarter.com/projects/1777595379/scorn-part-1-of-2-dasein

This has been Ernest from the Twitch side of Opium Pulses, thank you for reading!