Mafia III will be released on October 7th and for me as an absolute passionate mafia lover, it comes with mixed feelings. The mafia theme always had something attractive and I remember the good old first Mafia game. A well dressed gentleman does everything to serve and protect the family of Salieri and gets more and more involved in this entire underground business that - when we're all honest - loved so much.


The atmosphere of being a mobster that gets straight into his crazy everyday life:

And so much more. 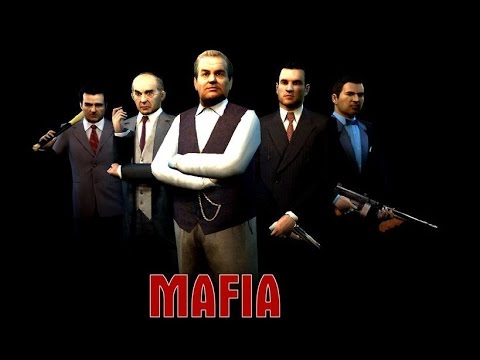 For my part and I bet many of you as well went with that feeling to Mafia II and to be honest, it just didn't feel that right.  Sure, Mafia II was still a nice game and fun to play but it just wasn't the 30's anymore that - at least for my part - was a bump in the road. Most of the time I felt more like an ex soldier rowdy than a mobster with some serious issues. Mafia I was just a game that left a huge heritage and my expectations on Mafia II weren't that big though. In the end, the second one of this upcoming trilogy just had to be viewed with different eyes:

Different time, different ambience and different characteristics with a very own story with that very own certain something that made Mafia II just an overall nice and fun game. At least those two games had something that connected each other, even if not much. And yes, it was Thomas Angelo in the end that died in Mafia I and was shot by the two main characters of Mafia II.

If you don't remember, here you go:

Without romanticizing too much about the old good games, I want to get now into business and the thing about Mafia III.

I don't quite know what I should think about that. As the trailer reveals the little footage that was already published it's certainly different from its two big brothers. And to me, it just isn't Mafia anymore.

This new era looks more like a full-time bully and thug that just got into some deeper shit.

Now don't get me wrong, I do NOT say that this new setting is necessarily bad, but it just doesn't look that good (and good means 'mafia' here) at all anymore. To be honest the setting of a simple brat-bruiser is already taken (the game is called 'Bully')

(Just by the way)

Maybe it's just me, maybe it's just the game and its new setting itself, but in the end Mafia III and I most likely will not get along. I just miss the old school feeling of doing it the gentleman way. The old feeling of being in an actual mobster family run by some Don and his consigliere. It just looks to me like the attempt to get Mafia into the 'new' modern times of action loaded games, which to me is the death strike to this fantastic genre. The missions seem to always be the same: ruthless violence everywhere!

The main character seems very much like a mix of Arnold Schwarzenegger and Rambo that has his five minutes around the clock. It's exactly that kind of stuff that might make the missions pretty simple. When you can easily beat up an entire party of people on your own it has more impression of Klitschko on cocaine than true mobster business. That guy just looks like a tank of a college football team that breaks through every kind of concrete. Just not that smart of a mind, though.

But perhaps I'm just ranting too much and Mafia III can convince us (and especially me) with its own fantastic setting and world. Even though I don't expect much and even though I don't think the old flame will blaze up again, I hope I get to play it and maybe, just maybe, it catches me in its own way again.

I'm curious if the game just surprises me or disappoints me greatly.
Let's find out soon.