Pile Up! Box by Box Review 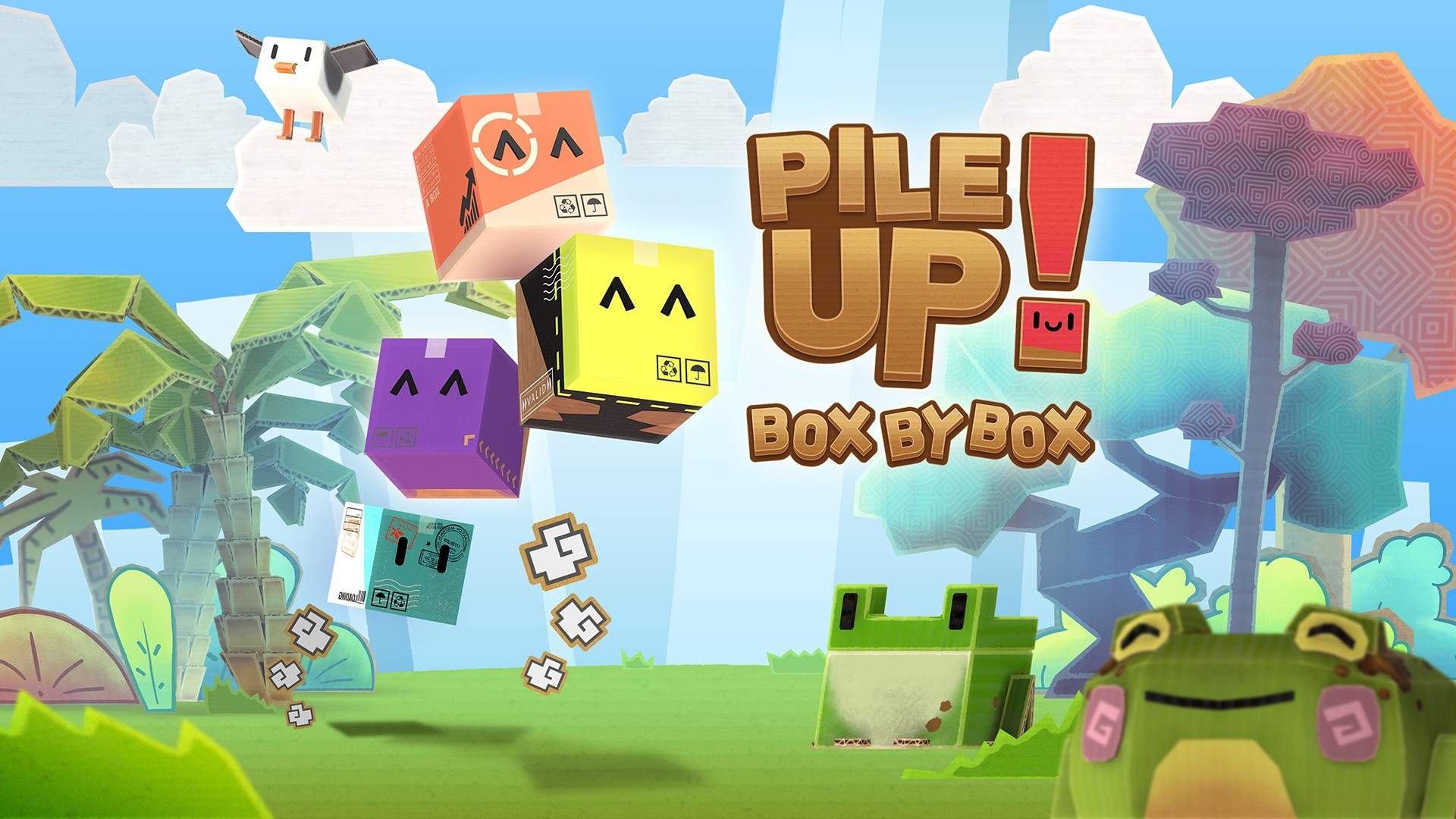 Pile Up is a family-friendly couch co-op 3D plaformer where players control boxes and must solve small puzzles to advance. The game looks good but does it deserve its 96% positive reviews on Steam (at time of review)?
Most of the puzzles in the game are related to out-of-reach platforms and you need to use boxes to reach those places. There are different kinds of boxes (which are nicely introduced one by one) that you can gather and use to create stairs and such. While playing solo, there are always enough boxes to be able to go everywhere by yourself. In co-op mode though, you will need to help each other if you want to  succeed. 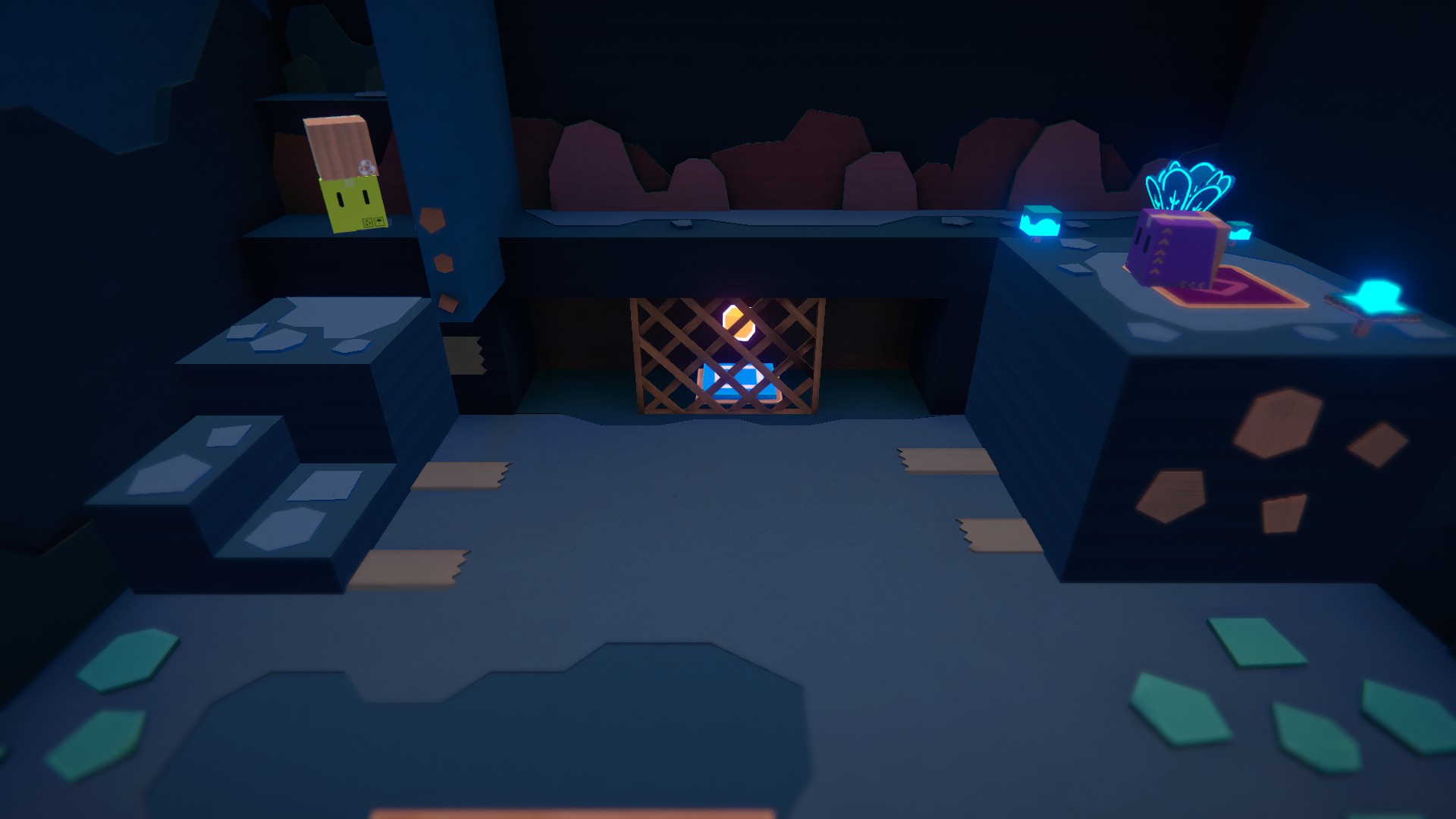 I first tried the game all by myself and went through the first world pretty easily, collecting everything there was to find. I realized pretty soon that it felt like a chore to me because there was not much thinking involved, and I decided to wait until I can get ahold of at least one friend so i can play the game as it was intended to be played, in co-op! My significant other being the perfect target for a family-friendly game, I decided to have her try Pile Up with me. Unfortunately, after 10 to 15 minutes, she asked if we could switch to Biped, another co-op game we like to play together, because she was not having fun at all.
I gave myself a week before having another shot at Pile Up in solo, and that time I enjoyed it a lot more, because I finally found out what its flaws were and changed my mindset accordingly:
- joystick control is not perfect, it can be difficult to align boxes the way you want;
- camera sometimes make it tough to see exactly where your character is located;
- combination of previous flaws make it frustrating for casual players (they’ll fall into the water A LOT). 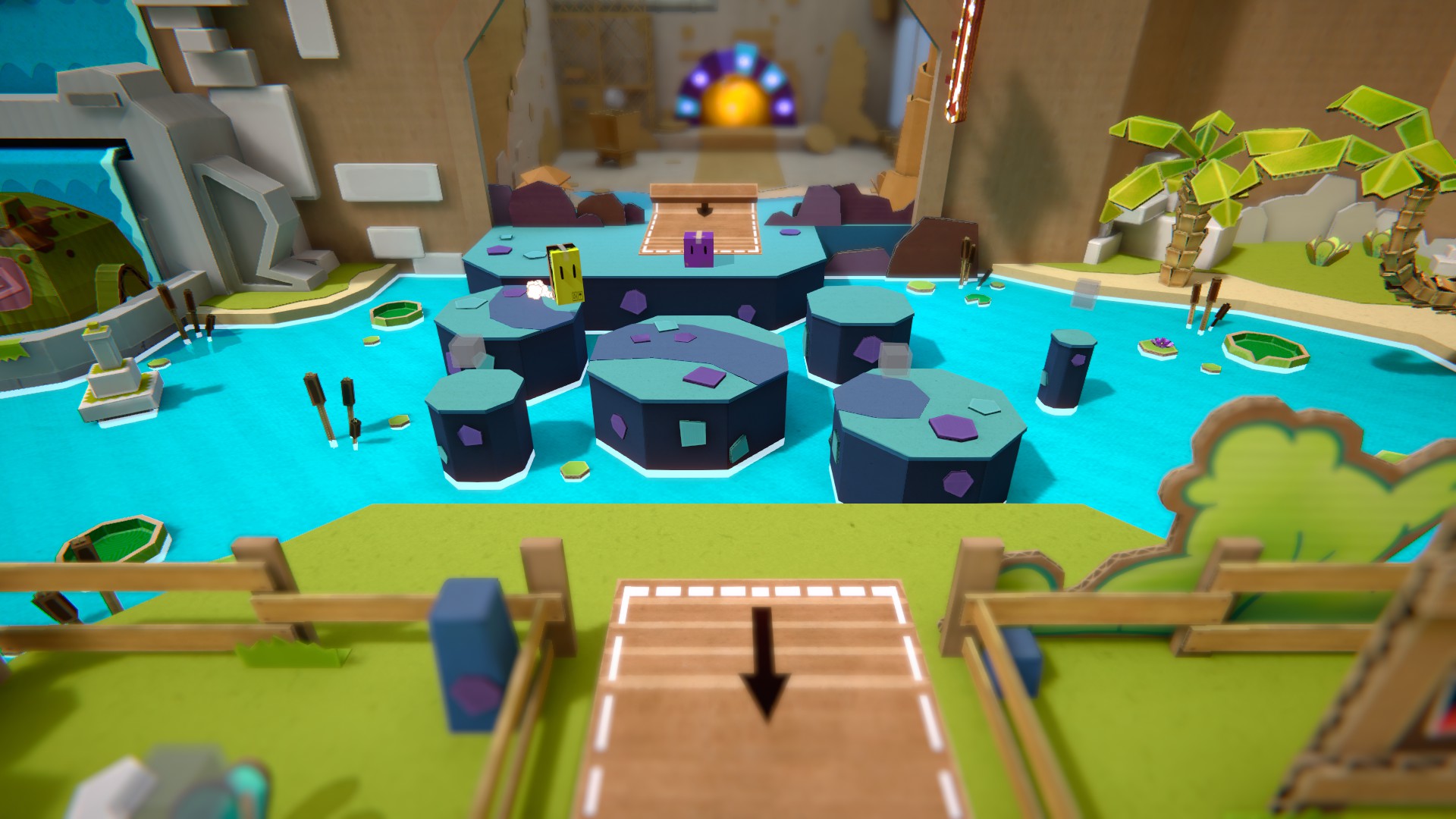 The game is definitely targeted towards casual players, but it fails to provide an easy and fun gameplay. I would not recommend Pile Up if you are to play it solo or 2-player co-op. How can it score 96% on Steam, then? My guess is it’s probably a lot of fun with 3 friends, and that’s the only thing I couldn’t try myself.
If you’re gonna spend a night with friends, you definitely should give it a try... If you don’t like it, you can ask for a refund on Steam (less than 2 hours of play/ bought in the last 2 weeks). If it’s a hit with your group, you can even unlock minigames that look like a lot of fun, but they aren’t available until you find them in adventure mode. 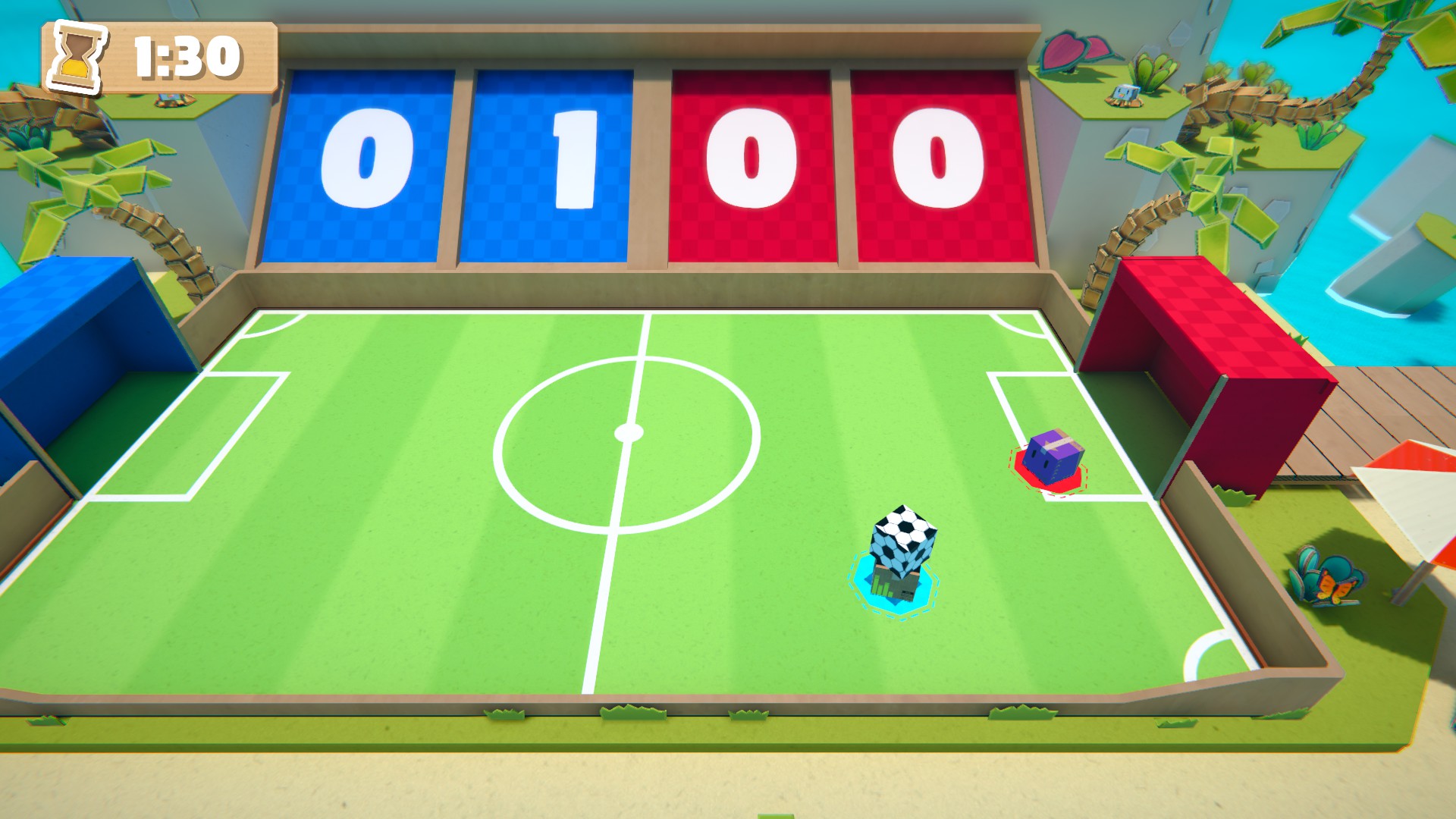 Some general thoughts:
- game is well designed, beautiful but not exceptional;
- a lot of work went into the details and every different setting has a lot of things to look at;
- sounds and music are fine but songs can become repetitive;
- controller’s default buttons setup is perfect;
- available in 26 (!!) languages.