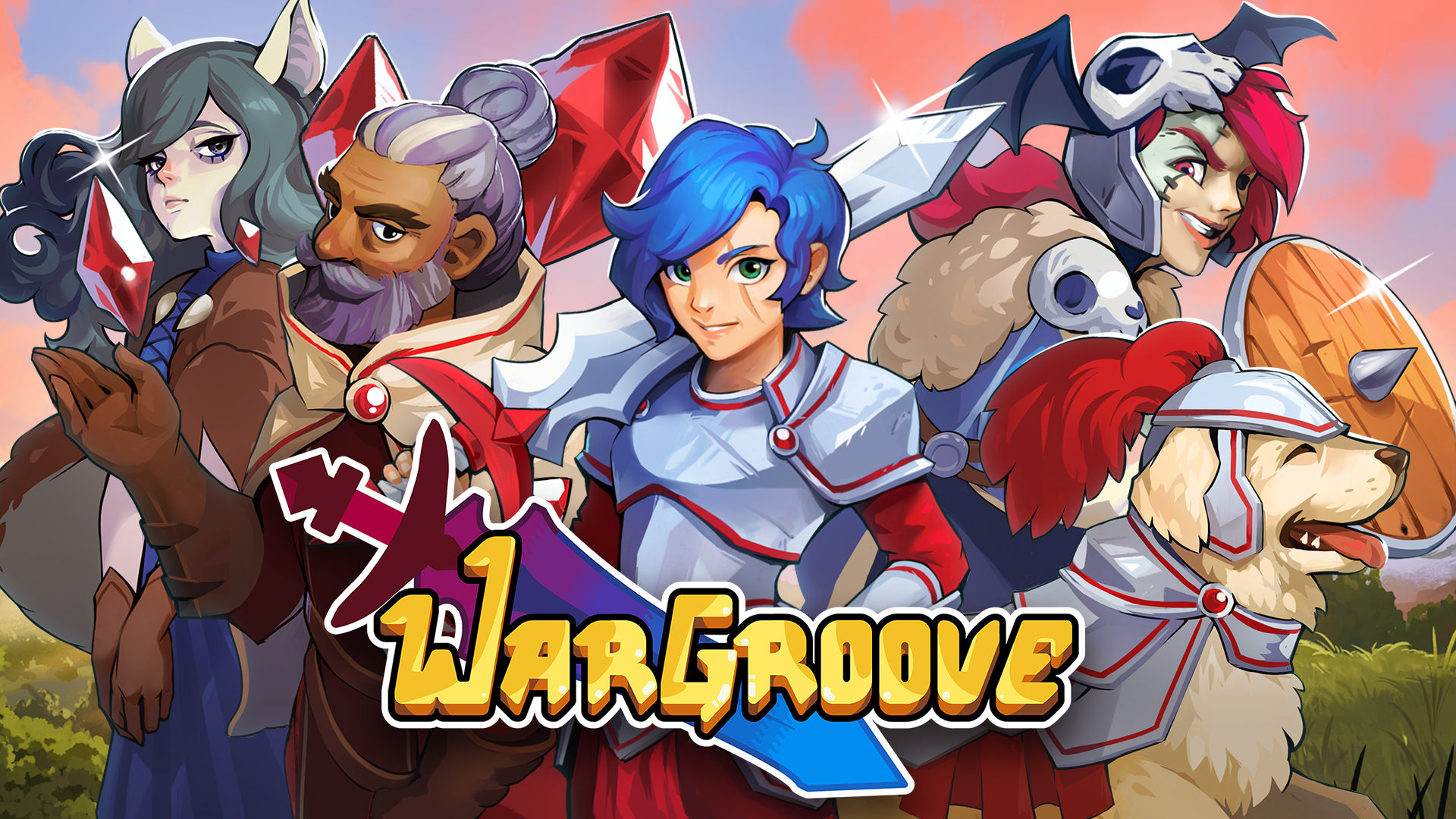 A game inspired by the classic Advanced War that evoke nostalgia for those who had played it, and introduce a turn-based grid-based battlefield in the like of chess play to those who haven’t, where being calculative is the key to beating the game. 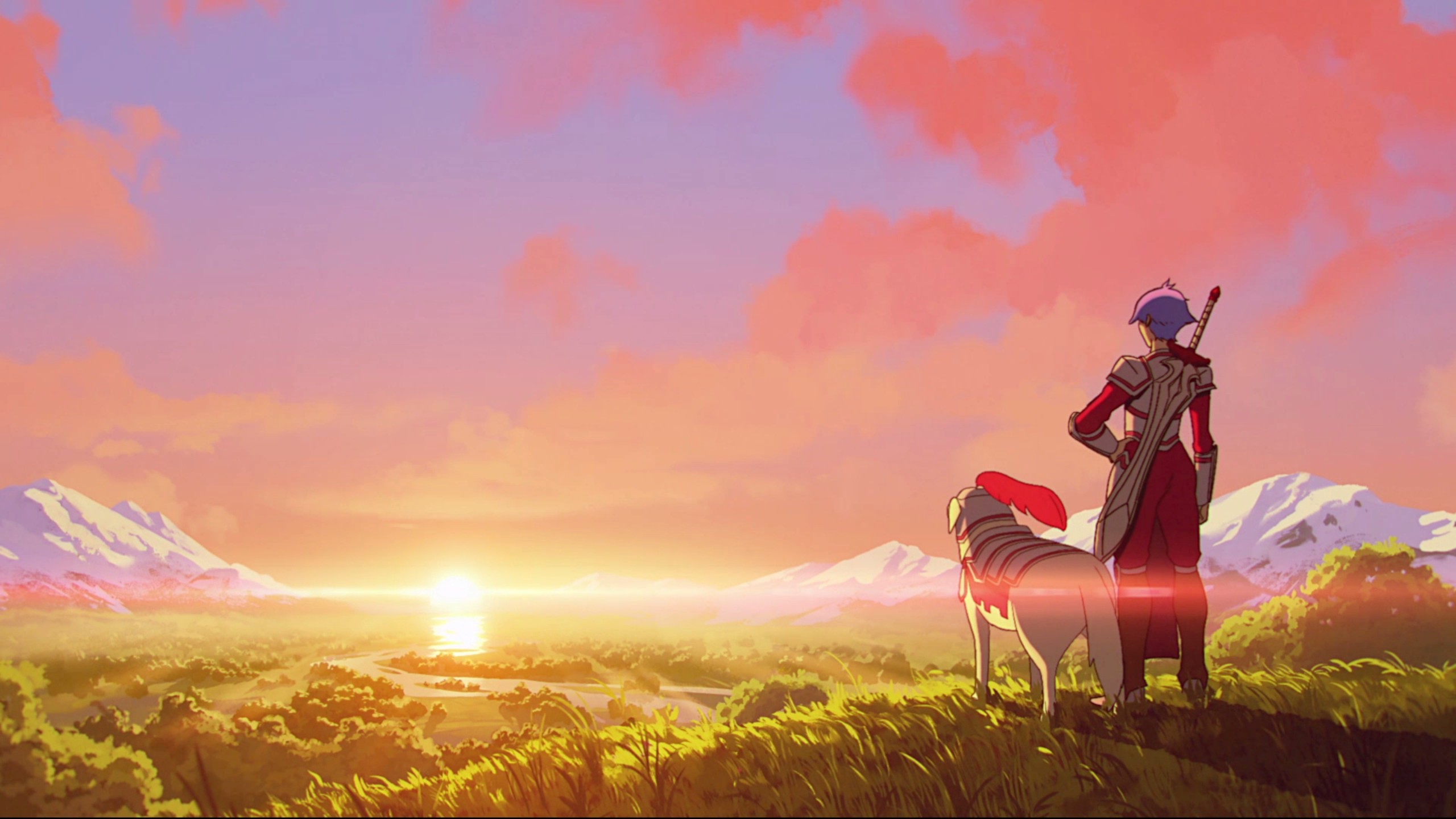 First and foremost, the core experience of the game lies not on the story progression nor the development of your characters (also known as Commanders in the game). It does however add some cool lore to each and every character that may enhance your experience as you play the custom matches, depending on what you are looking for in a game like this. Having said that, it is an icing on a cake to include story mode in this game and it’s surely better than not having it at all. Like chess, every new game is the same, but unlike chess, the board and the pieces are chosen by you. The game offers a variety of difficulty but the description of the hardest difficulty suggests it as the difficulty the game is designed for. It is indeed very hard if you are not careful in every step you make.

A game that is not narrative-driven always posed a challenge in making its story work around the gameplay. One of the reasons being that the gameplay does not fit in the mode of story-telling. Imagine a chess game that has the lore of medieval warfare around the individual pieces, but as we play chess, we are detached to its story and focus more on our strategy to win. As we dictate how the pieces go, we can build the story of our own. Such is the case of Wargroove. The main experience in this game is its strategy in beating the opponent for beating them is the main objective. In conflict with that design, the campaign mode of this game offers a story that isn't flexible. From beginning till the end, you do not have a choice in how the story progresses. Playing the game for its story may be a strange goal but the essence of the game, intentional or not, has been communicated through the campaign very effectively. Eventually, it'll make the players appreciate the game and its design philosophy as we learn why the units are the way it is. 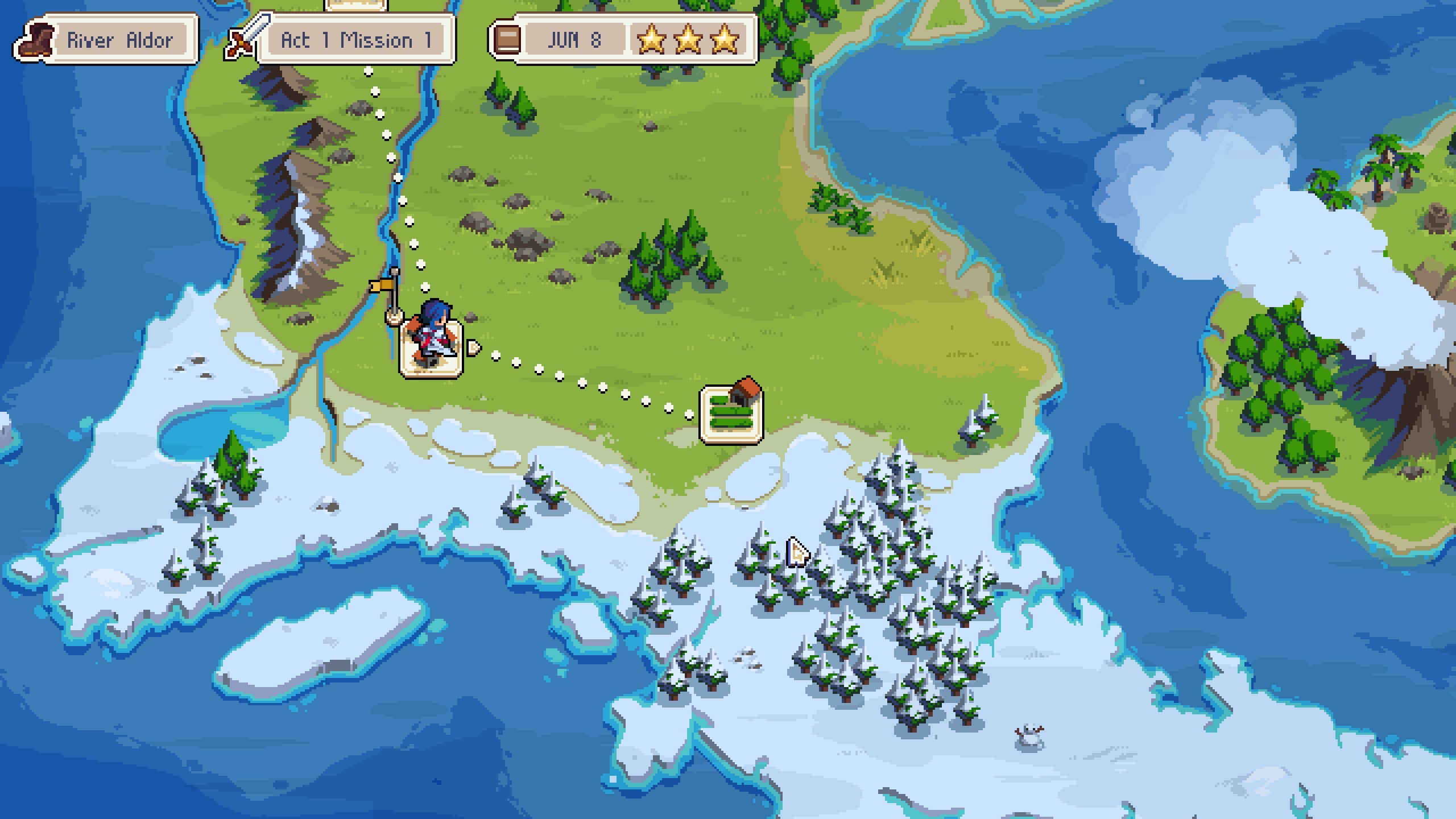 If you are playing custom maps, you will be experiencing the best of what the game offers. If you play it with human players, you will have a fun and stressful time. If you are playing the campaign, it may feel rough in the beginning as the game holds your hand too tight on the tutorials.

The game attempts to present an invincible tutorial in the beginning of the campaign. It doesn't explicitly tell the player that it is a tutorial but it becomes obvious when the characters explain in detail what is to teach you about the game. In the beginning, the game forces you to play as a villain first. It creates dissonance between the game design and the story. The goal of each match is to beat every opponent on sight, while the story wants to make sure the bad guys don't win. In terms of mechanics, the campaign slowly introduces each of the units, and the commanders you can control as the story reaches to the point of their introduction. Each commander has different abilities and you can use any of them in the custom mode once you have it unlocked in the campaign. In multiplayer mode, you can be whoever you want.

The pacing of the campaign is a bit messy as well. It started off with very easy stages, which make sense but a couple stages in, it introduces foggy maps. These stages close off your visibility where your unit is not around, making it difficult to predict the enemies move. It requires your units to move in carefully in order to expand your line of sight. This mechanic creates another dissonance where the game encourages careful planning on every step of the way but the foggy map limits your view to see what's going on in the opponent's team that prevents you from strategizing accordingly. At this point, you are mostly playing by luck. And then there is the escort mission. Not a good way to start the game off isn't it? Fortunately, the latter portion of the campaign becomes better as the stages become less contradicting to the gameplay's philosophy. 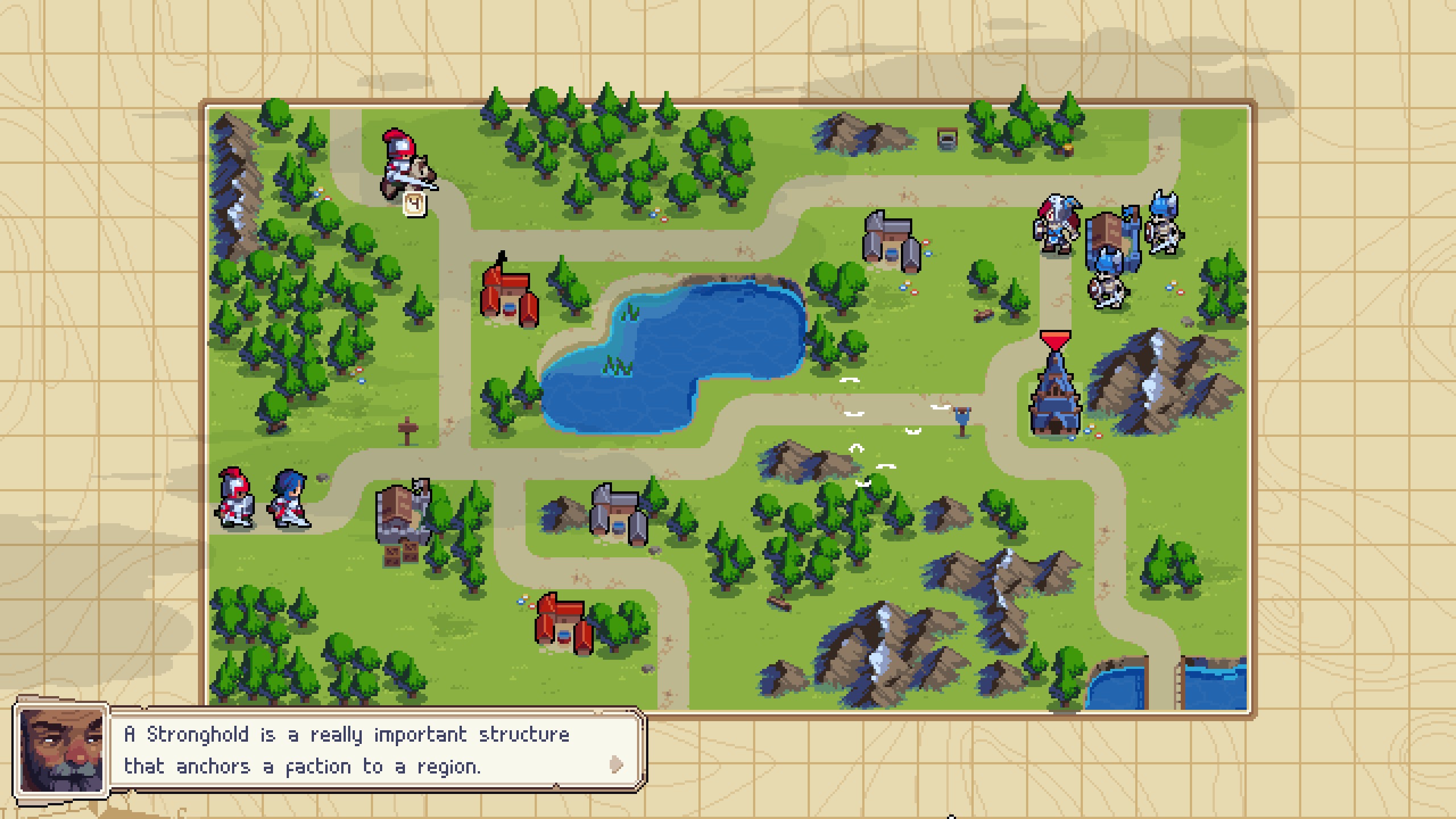 The whole presentation of the story is shown with dialogues through text and action through sprites animations. The art style, as you can see from the screenshots, looks clear and pleasant. The writing in the game can be too expository and cheesy sometimes. The first few stages in the campaign aimed to teach you about the game so a lot of the lines exchanged between the characters are not very interesting to read. The amount of voicelines is scarce. It merely used to break awkward silence during the dialogue scene but hearing it on repeat gets just a little cringey sometimes.

Overall, the campaign is a great way for the developer to communicate their design to the players. And it does an incredible job at that despite having designs that could make the game even better. 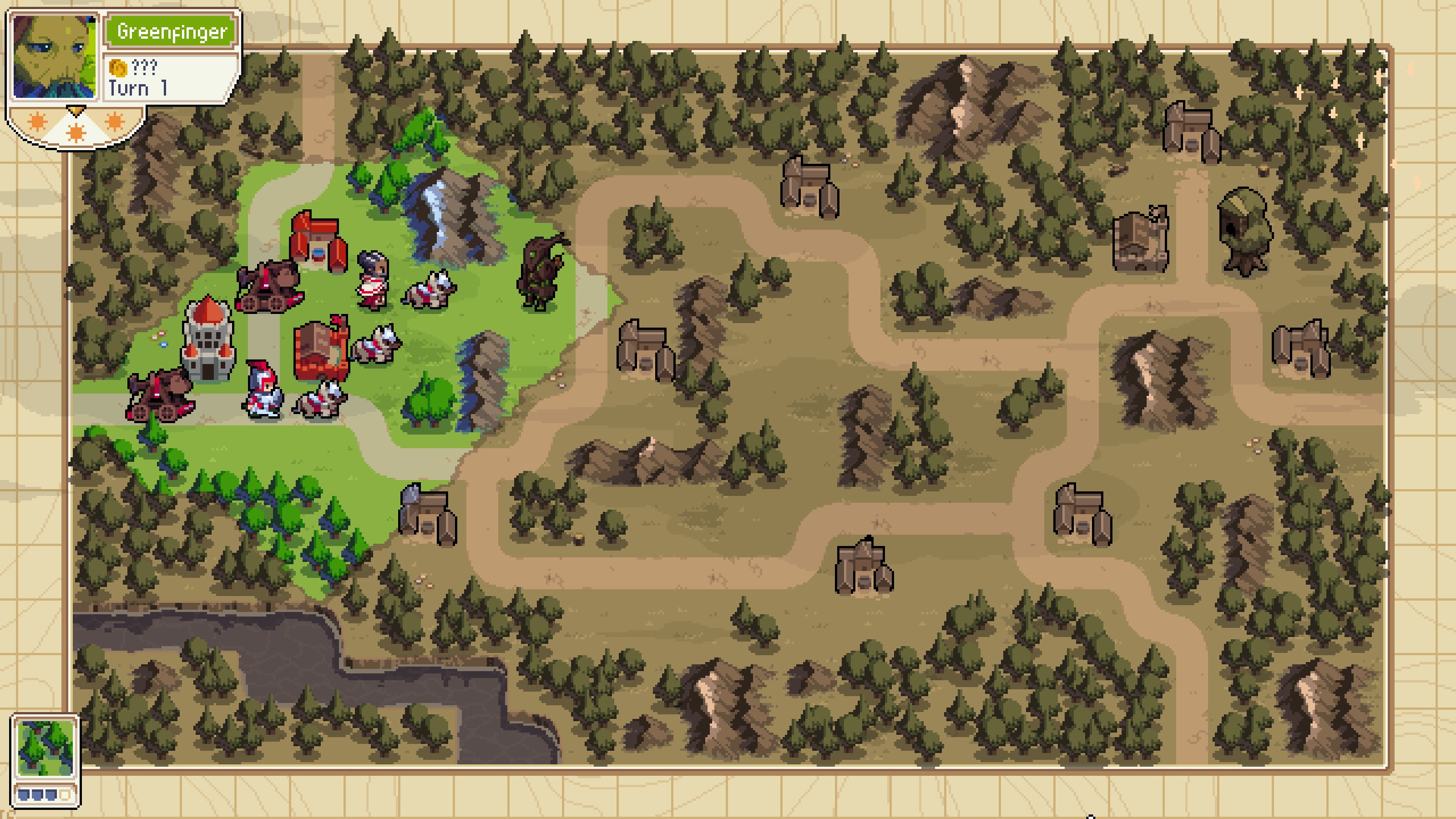 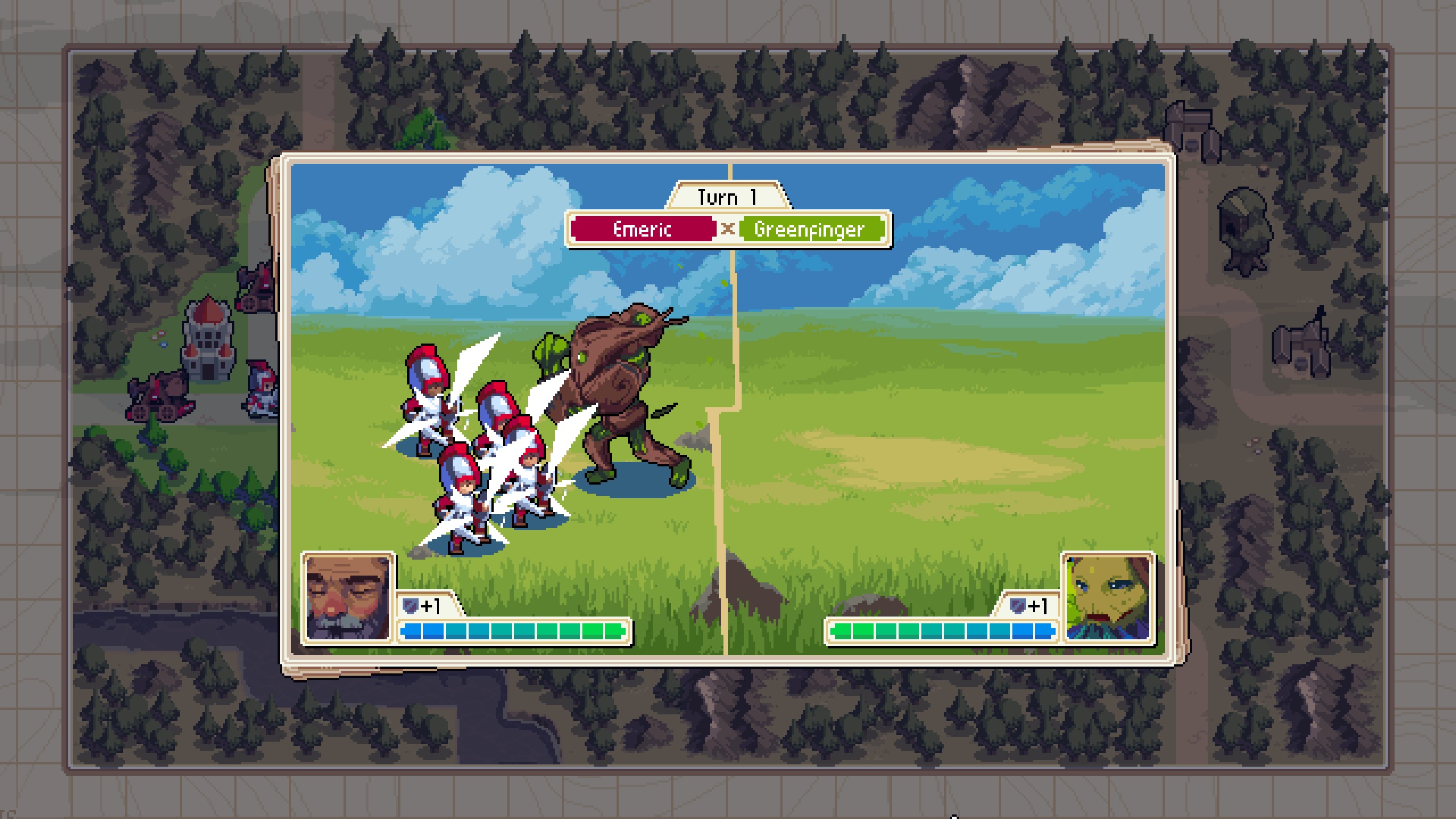 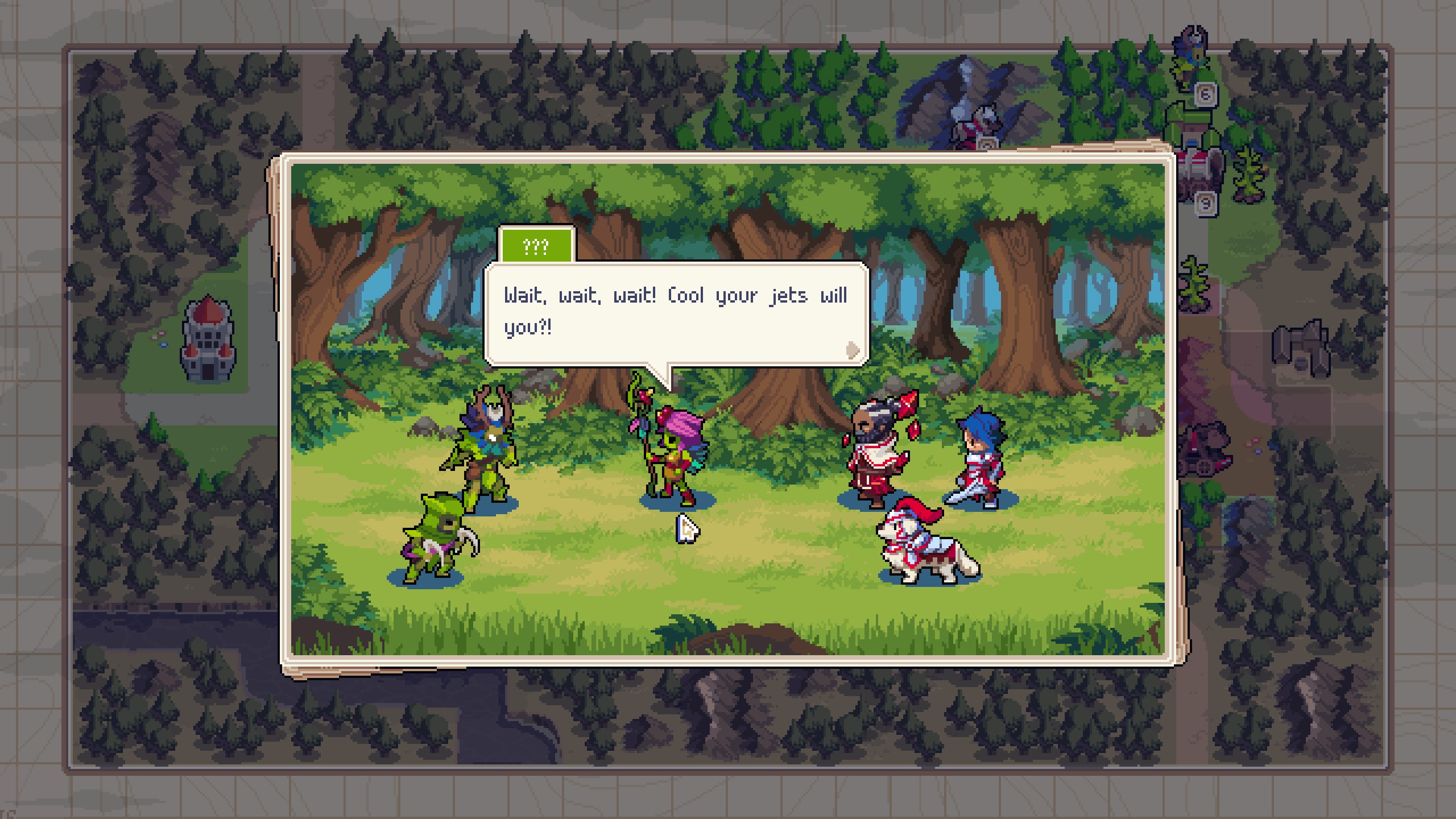 While the story and the gameplay may not have striked its own balance, the mechanics certainly does. A game like this emphasizes a lot on being fair and balanced. It achieves this by ensuring the environment doesn't provide too much of an advantage over the others. The units are also built with different pros and cons in different situation. It is important...again like a chessboard that it ensures the player's experience is the only thing that contributes to their victory. It does so gracefully by having the classic weak or strong against different troop mechanics. Different troops have their own critical hit conditions, making each troop useful in different scenario. To hire a unit, you will need to spend money obtained from the amount of houses you captured around the map. Managing between spending the money for cheap but weak troops or expensive but strong ones at any given time is a constant decision that is crucial in winning you the game. It’s a great brain exercise. 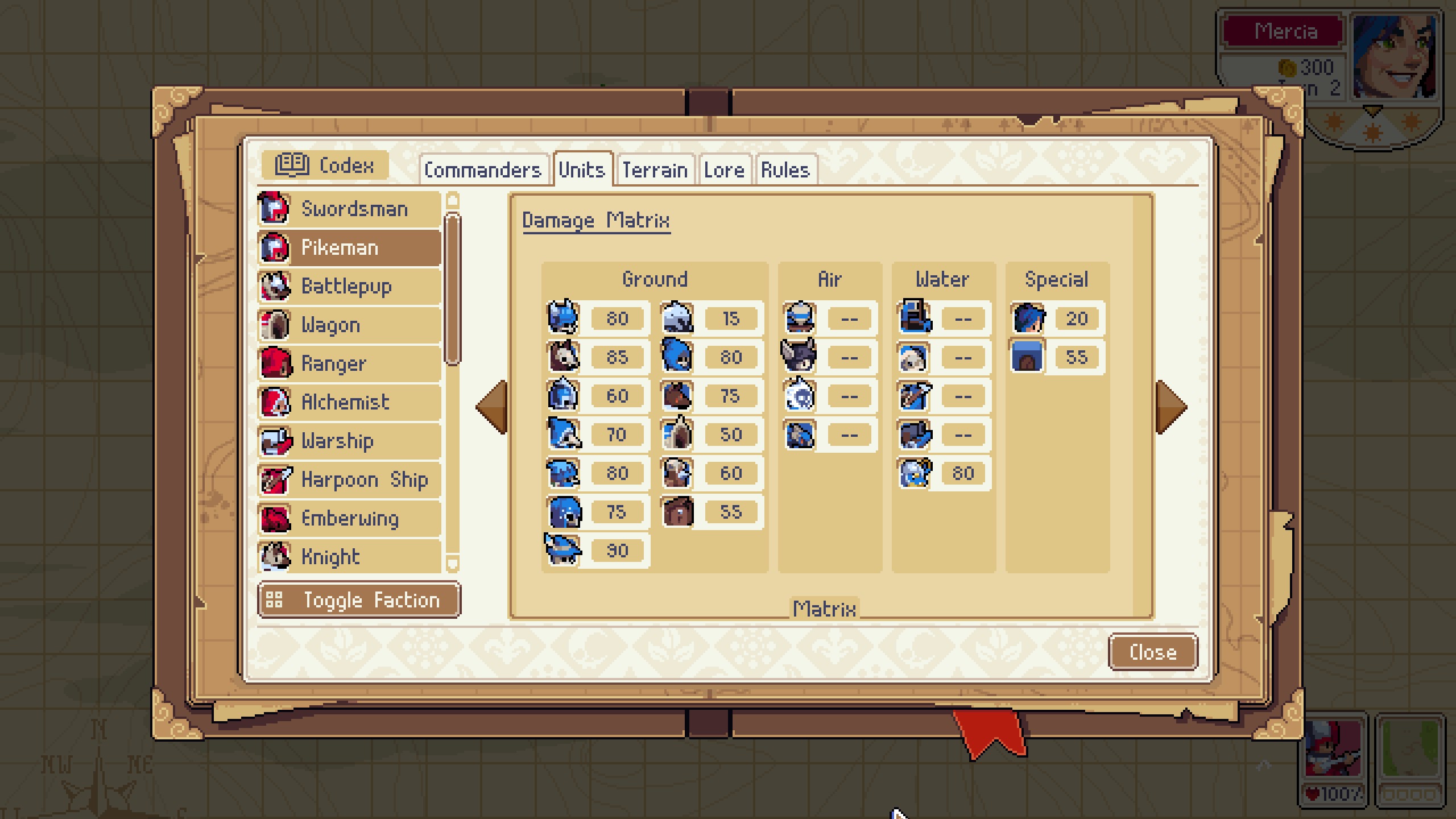 - Strategize and manage every step of the way.

Replayability: 10/10. There is no end to this even after completing the campaign.

Recommended for: Gamers who are looking a turn-based grid strategy war game.