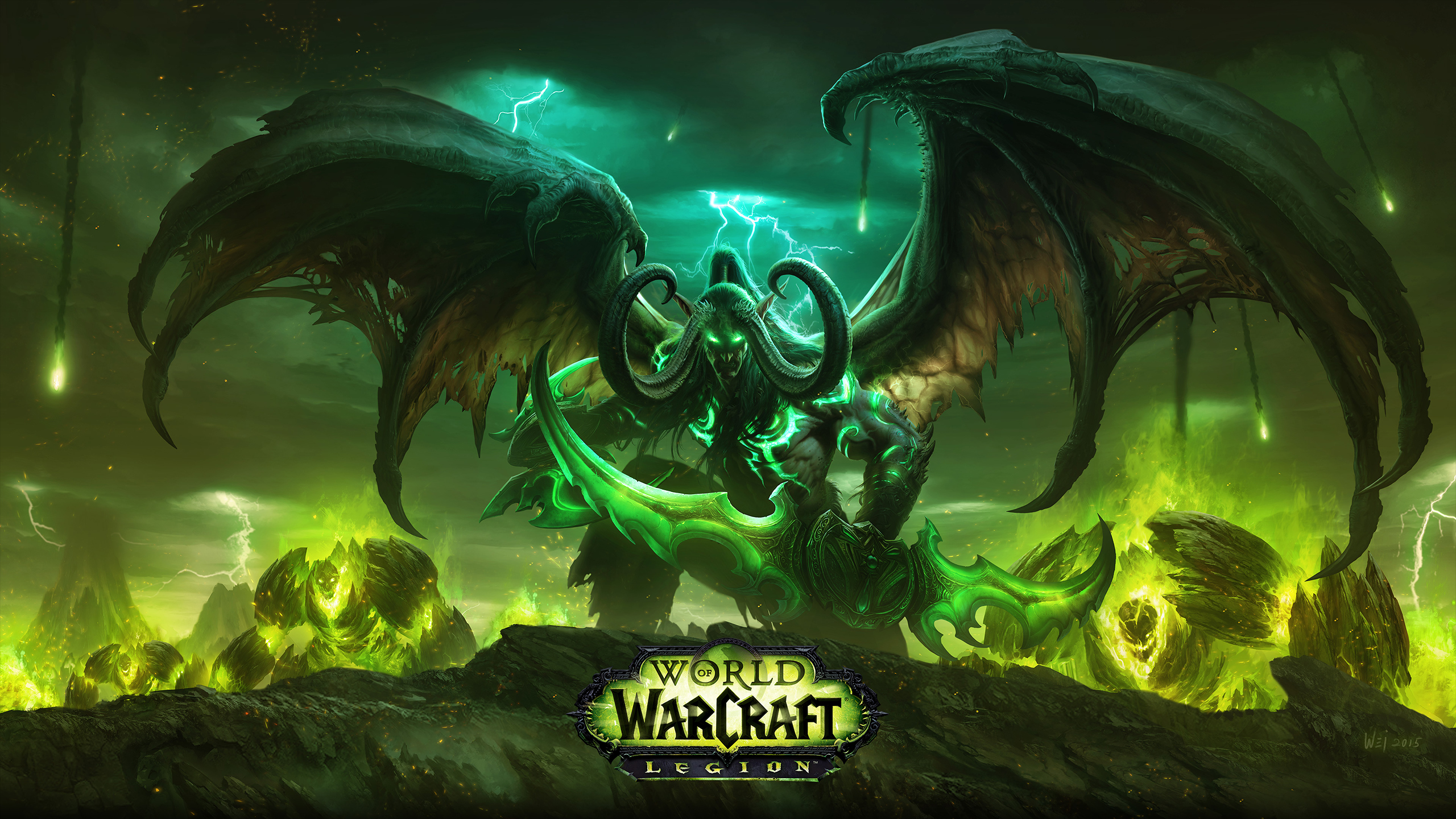 World of Warcraft - Legion has been released and with that latest expansion, I returned to Azeroth, this time with a very bad aftertaste.


People have been playing WoW for very different reasons:
Some liked the PvE* or PvP* system, others because of friends whether it's been online or real life or just to talk.
Yes some even because of the economy (auction house) - a little 'market' within the player environment to get rid of your scrap, or to even feel like you're an actual broker on Wall Street.

Let's be honest: World of Warcraft never had an advanced or even the best graphical design,
bad tongues even argue that this cartoon theme is childish and stale, and yet it's always been one of the things that made it so sympathetic.

A little background information of myself:
I started playing World of Warcraft during late Burning Crusade, early Wrath of the Lich King.
It took me a while (actually many years) to really feel comfortable with the game, the environment.
I did everything a little, but nothing right. So I ended up not playing for many years until I returned with Warlords of Draenor and now with Legion once again.

The glory times of WotLK, with what a joy I think back to this time. The new class 'Deathknight' was such an adventure.
It was an honour to serve the Lich King.
The storyline was just phenomenal and the new continent Northend seemed like the perfect place for me!
Dark, cold and rough, a man's place to be!
I explored Northend as enthusiastically as I could, after all levelling was still a pain like it has always been.
But the class and the new area; yea even the new world was so perfectly done I loved to spend the time in game there.
Just sitting. In a tavern. And talk. To NPC's*. :|
But eventually my DK* became a very feared and strong warrior, willing to sacrifice his life for the Lich King any moment necessary!
No one could ever bring me down! And if so, he was clearly not having a life and/or cheating.
Anyone who got pwned, was just a noob.
World of Warcraft stigma eh? Well, but sort of true..


Okay to be fair, it still was the time I didn't do much in WoW. Occasionally some PvE, even less occasional PvP and to my shame, I never reached max level in time.
Even though the game got way more pleasant to me, it still wasn't just THE thing, so I left WotLK with a max level of 71 and burried my deathknight, forever under snow and ice.

I would find my way back on some private servers that seemed like an alternative to the bleaky torture of questing and levelling.
Well, only if you can handle all the donaters that are willing to spend 50€ to get a badass-overpowered-bullshit weapon to kill anyone who doesn't donate instantly - meh to some, FUCKING SADFAIUH!'%&"§ to others.
You can tell, I did not play that long either before I realised it's just still not what I expect from a game like this.

FOR THE HORDE! And me, yay!
Warlords of Draenor was the expansion I returned to and finally got to love the game so much than ever before (it wasn't that hard though).

The first thing that rushed through my mind was: What did I miss? How many levels do I have to go? Level gear? Yay! Extra experience for random dungeons? YAY! Level 100? Nay....

Yes, with every expansion comes a new max-level, and I have been hating it.
However, at this point I already loved WoW too much to let me get influenced by that little drop of bitterness and so I made my way through, this time as an undead rogue, from zero to hero eh?
Well, YES! Level 100, YAY SO MUCH!

I focused on PvP because that's just been everything I always wanted to do and have - a good PvP system, variety in classes and races and action, a lot of action!
World of Warcraft was fast, really fast, and it required a lot of practice to become a well fighting PvPler.
It requires a lot of commitment and patience, as Cho the Lorewalker would say.
(Yes, we completely skipped Mists of Pandaria now)

All I did was play PvP, day in day out. I would learn to play my rogue well enough to compete with others and would never let a second go by without bashing alliance people, because that's just what horde people do, right?!

But now let me tell you something about Legion.
Legion is just so different than all the other expansions before.
Why is that? Well first of all, Legion changed the entire system of PvP, the thing that I loved so much about World of Warcraft.
Indeed, Legion changed and influenced a lot of stuff, especially because of the main thorn in my eye: The artefact weapon.
How on earth can you implement such a bullshit? Only one of many. Variety comes with classes and talents you choose.

Now let me tell you something why it bothers me so much.
First of all, the artefact weapon replaces all other weapons, meaning you only fight with one weapon you actually have to skill, (yes SKILL your weapon) that alone requires already like 150% of your time and
second of all, the whole PvP gear went bananas. Meaning it's gone. Forever. And ever. *Insert a heavily crying baby here*

PvP - players are forced to do PvE first, that means you've got a lot of work ahead of you buddy.
You need to do dungeons, do quests and kill as many rares as possible to quickly skill your artefact weapon and get some better gear than the ones from the questlines.
Under the line; Blizzard has been forcing people who only focused on PvP since Season 1 to play PvE to eventually play PvP that does not even have the same mechanics anymore; because you got extra skills and prestige levels like in Call of Duty.
And yes you read right!

Blizzard also changed the way you play PvP so significantly and so fundamentally you don't ever wanna go back into an arena.
To be completely honest - it makes me wanna puke in a triangle.

Why on earth would you remove all the PvP gear?! The gear that actually had to be collected by playing a lot and made the difference between PvE-Noobs and PvP-1337xXPussyCatDestroyerXxSk1ll0rs ?! ?! ?! ?! ?!

Maybe that has been a very late April's fool, maybe someone let the trainee program this expansion but in the end we just have to deal with this crap.
Just think about that for a second: You want to play an MMORPG you maybe even have been playing for years and suddenly, you got a very bad MMORPG Call of Duty clone with prestige levels and get your main spells taken away and replaced by extra(!) PvP skill tree abilities that only work in PvP just because troll.


After all, World of Warcraft changed and it maybe even had to, even games that have been alive for so many years have to go with the time, and even if it's just a little.
But this was the wrong step in the wrong direction.

Legion could have been a very great new expansion with plenty of reasons to keep playing again, if someone likes it he might find his call here, but this whole new way of playing is just extending the life of WoW and the subscribers artificially like chewing gum.
Not this time Blizzard. To modify Woody's words: You've lost a friend in me.

I apologise for this PvP balanced post, as I am myself a huge competitive person and focused on this section of the game only.
Please post your opinion below, I would like to hear what you think about the newest expansion.
Thank you for reading,

No comments yet
categories:
Most popular
Latest comments
Topic tags
World of Warcraft