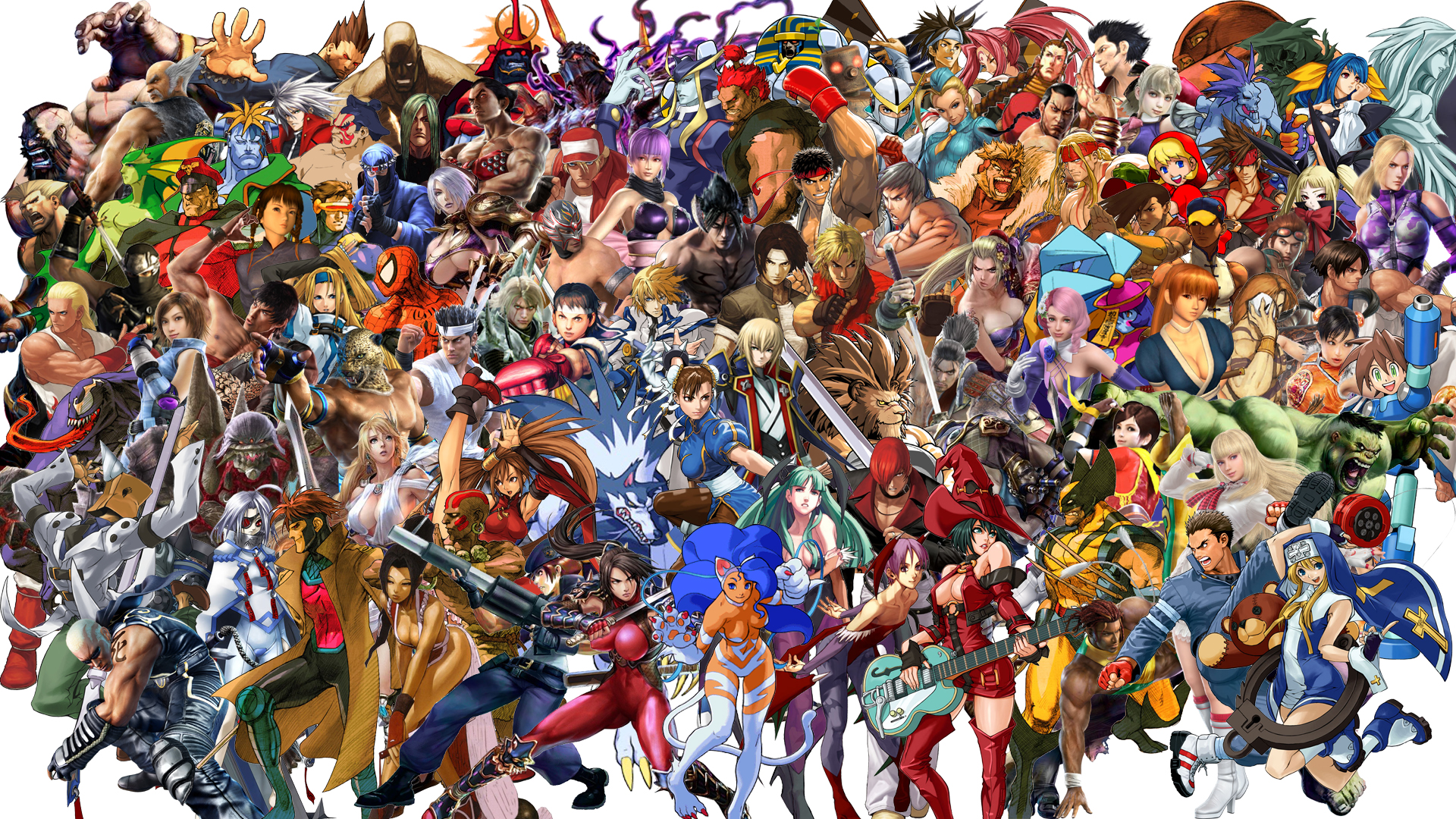 That's right; Roger the video game character was taken from Tekken as a result of people worrying about real life Kangaroos.
Now look, I love animals as much as the next guy, probably more. But we are not talking about real animals here in this article, we are talking about a fake animated video character in a game.

The reports say that some video of a real person punching a Kangaroo was found and suddenly seeing Roger created some kind of post-video-watching-traumatic-disorder. Regardless if the human in the video was defending it's dog or not, let's talk about the decision of censoring a video game based on the realities of an animal unrelated to the simulated fake reality of a character.

First of all the reports also say that while Roger was removed, Kuma instead (It's Bear counterpart) was not removed due to "Being stronger than a human". This already punches holes in this whole story, why would it matter that Bears are stronger than humans and Kangaroos may not be when it comes to video game characters? Roger even is in fact just as strong as most other characters, being a fighting game and all. And so what, you are not out there to defend animal rights, but to defend defenseless animals? Those that can defend themselves tho, they can participate in all fighting games for all you care? Which makes even less sense since once again Roger can in fact defend itself, it even has cool boxing gloves and sick moves. And have I mentioned that Roger and Kuma for that matter are NOT REAL FUCKING ANIMALS?

I wanted to write this article as a letter to any so called animal activists worried about the harsh and brutal environment of the fake video game world that Roger lives in. The issue here is obviously treating characters as if they were real. It seems to be a concept some have difficulty grasping.It is in fact a sign of immaturity and incompetence to fail to recognize what is real and what is not. Part of appreciating video games and art in general comes from understanding what is real and what is not, allowing artists to create works that resemble reality astonishingly, specifically cause they are not real.
Video games are the perfect medium for this kind of work, as with movies you have real actors playing parts and real concern for safety and well being, in video games you do not, as none of the actors animal or otherwise are in fact real. And it's with video games that we can expand our horizons in creativity by allowing us to delve deeper into the realism of a fake universe.

When humanity creates an android or an artificial intelligence with sentience, I would be one of the first to acknowledge it as a living thing with rights and desires, as I see all forms of life deserve their choice.
But it seems to me that there's a huge chunk of people that fail to understand; That video game characters are in fact NOT sentient.

When you walk down a street and see a page of a magazine fly by, in it you notice a face of a human being, a model posing for a headshot. When that page lands on a highway and gets run over by car after car, do you weep for the loss of life?

My point is that the time spent caring so much for fake pixels some guy animated to look like a Kangaroo, could be well spent caring for real animals that are in real danger of becoming extinct, or are in fact being mistreated by humans in other parts of the world.
Instead of censoring ART by misplacing your poor judgement of reality, you could be actually helping real animals survive another day. And maybe we get to live in a world where Rhinos are still a reality for just a little longer. Rather than removing the fake ones as well.

This notion seems to drive from lack of experience. As most of these "activists" are not gamers themselves and are likely, in the majority, not experienced with them or the medium at all.
This comes in theory of a little story I would like to share. 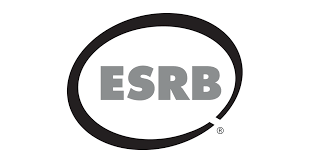 If you don't remember, the ESRB is the current rating system applied to video games. It determines if a game is suitable for children or adults or what not. But as with everything, it has it flaws. Most of them comes from the fact that the ESRB is an old system that hasn't been renewed in a long time. Time changes and things change with it and if you fail to update rules and standards based on the change of time you start to treat things perhaps a little differently than you should.

The ESRB was largely created when a little game called Mortal Kombat was released (A couple years later but heavily influenced by it), due to it's "Violence and Blood". Now while we all know Mortal Kombat does have tons of blood and gore, and while we can understand that a long time ago such things were not common place and it may have been a shock to some people. The issues start to rise when we still analyze video game ratings based on that standard; The standard of a video game industry without much blood and gore, when today it is in fact so ridden with it most people are desynthesized about it. And you may end up rating games that are not violent or special in the least, earning them a bad rep or perhaps less rating than earned or any other number of issues.
There's a good thing to come about being desisnsithized about blood in video games. Blood, graphics, gore, special effects have all evolved tenfold. The more things start to become normal the more room for creativity the artists have to break that norm and create new and special things.
It is in lined with the reality issue I said earlier, by understanding that blood in video games is NOT real you can simulate it's realism as much as you want and appreciate when an artist spends months creating a blood effect that is unmatched by any other video game. And you should by no means PUNISH them for doing so by rating their game "R" or doing something that may hurt their view ratings and such.

And like I said while I can understand that Mortal Kombat (1992 or so) was a bold aggressive and bloody new path for video games at a time which none of that existed, can we all take a second to look at what was so bloody that a group of people demanded necessary to create an entire video game rating of?

This. This is what got people up and arms.
Again I must stress that I understand for 1994 this may seem like a lot of blood, since no video game before it had as much "gore".
But for real look at it. That is so far beyond anything resembling blood it is kind of impressive that anyone ever felt grossed out by it.
In fact, believe it or not, as a kid I specifically did not play Mortal Kombat due to it looking "Fake". You know how kids don't make the greatest decisions, you wouldn't pick a game based on it's gameplay or it's value as a kid. You would pick a game if it looks cool or if it's fun or something more subjective. And yes, Mortal Kombat's blood has NEVER looked real to me, even in late 90's/early 00's. I chose to play Street Fighter 2 due to it being drawn, rather than simulating real life, cause even while as an adult and understanding how far of a leap Mortal Kombat took for motion capture and graphics, and how we must first take a step in order to learn how to walk and run.
As a kid, that shit looked fake as fuck.

Meanwhile as that kid tossed out Mortal Kombat for being "not real enough", some 40 something year olds got together and pulled their hairs out screaming "WHAT WOULD THE CHILDREN THINK", and proceeded to create a rating system to make sure everyone knew how BLOODY AND GOREY AND NOT SAFE FOR KIDS Mortal Kombat, and other games following it, were.


That is the point see, lack of experience naturally brings misconceptions. It is not the place of anyone other than it's peers to judge one's art form, otherwise you end up with people up and arms about a fake kangaroo getting in fake fights in a video game about fake violence.

Sorry for not being sorry about this; Despite loving dogs cats and all pets, caring for the preservation of animals and the respectful treatment of them, genuinely feeling like dogs are better than most humans, having spent hours appreciating the little critters in Starbound for being adorable and overall not being mean to animals in video games If I can and obviously not being mean to them in real life. When it comes to a fighting game the whole purpose is to defeat your opponent, you are not beating up defenseless creatures, you are fighting another fighter. Each opponent is treated equally as they are meant to regardless of race sex or species.
I am respectful about the issues we face but it feels difficult to not be outraged by these things.
And when it comes down to the well being of fake and drawn pixels on a screen, their "livelihood"...