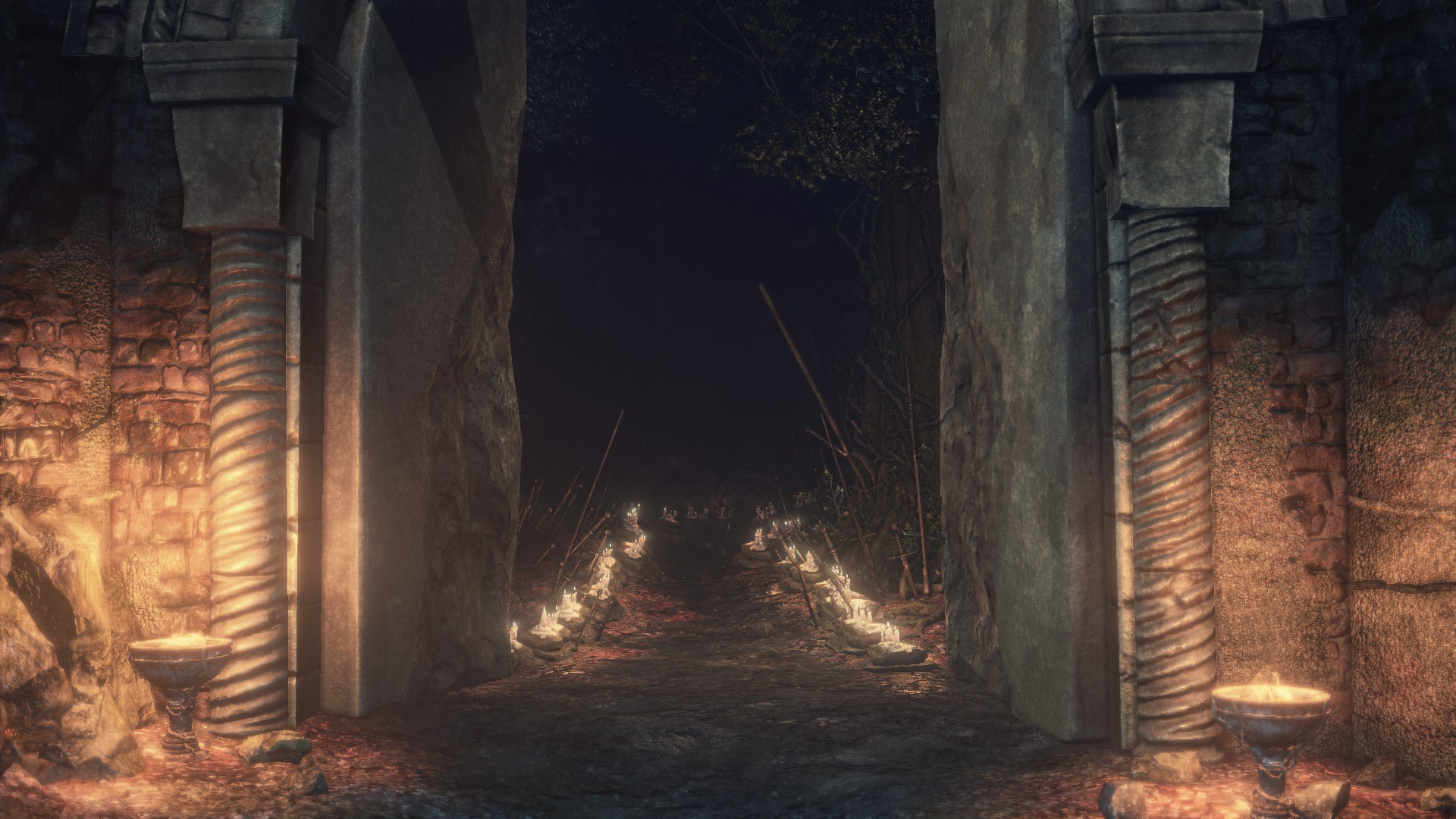 A friend of mine recommended Nier to me and I can already tell the game has a lot to offer, I love Platinum so it's even easier to see how badass some parts of the game must be and the quality behind them. How ever when I started playing I encountered something that I had to stop to write about, and in this case I will be comparing it with Dark Souls 3. I know, everyone is sick of "The Dark Souls 3 of Platformers/Whatever" comparisons believe me I am too, specially since a lot of games DS3 gets compared to are unequivocally different and are not the same type of difficulty. But that's what I wanted to write about here, the difference between DS3's difficulty and how it's designed to prepare and teach players about it's game, and how it can do that very well. And how difficulty can be misused and badly designed and not offer as much as it could offer in other cases, like Nier's first mission. 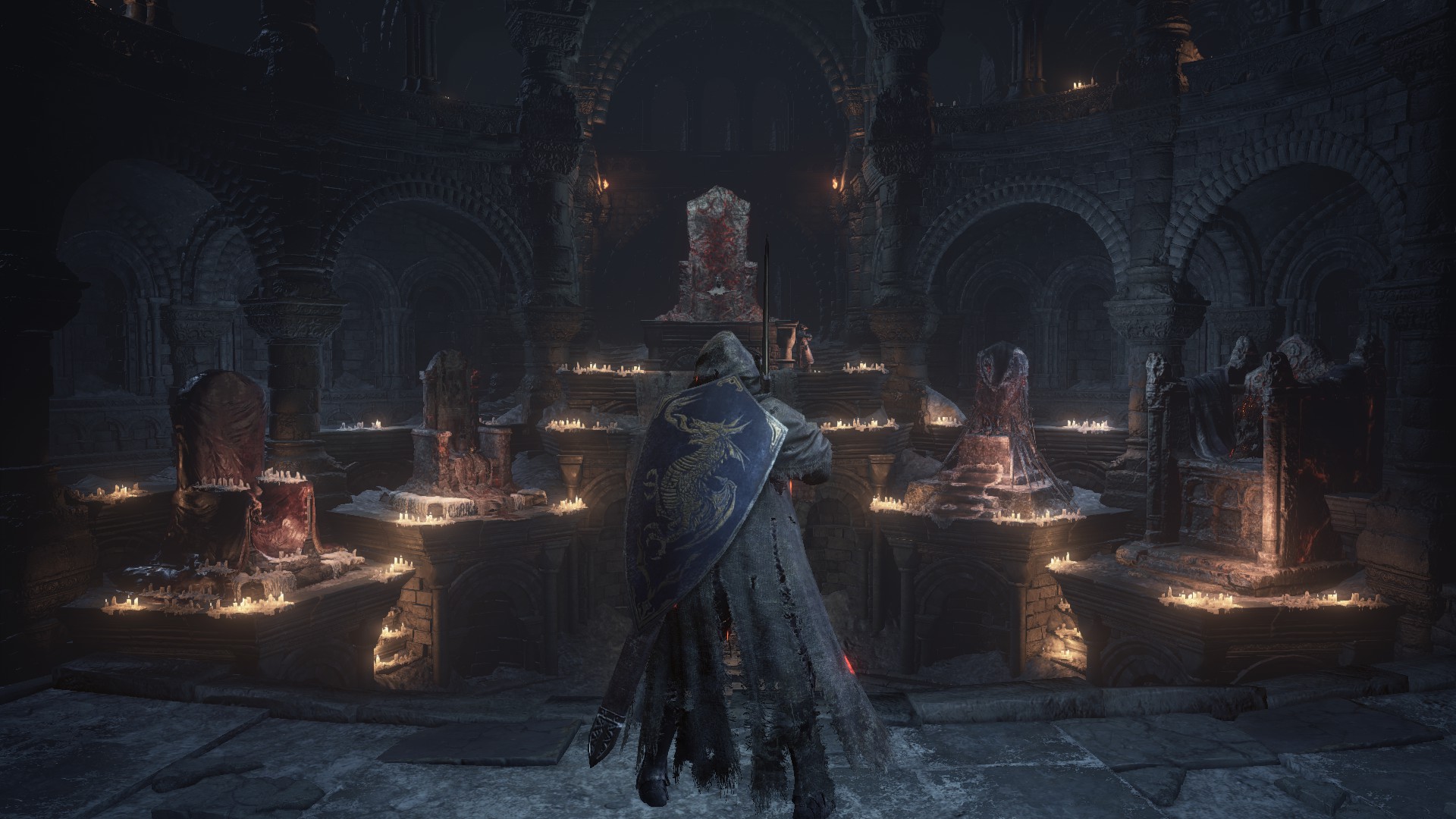 In Dark Souls 3, when you first enter an area of the game you see a certain level of challenge and a required player engagement that defines the whole area, the game intentionally prepares the player by saying "This area is more difficult, watch out". It does that by placing monsters that are stronger or have more health, or more of them, so when the huge evil monster comes along near the end of the area and you die from it, it doesn't feel cheap, you feel justified if you die because it wasn't the game's fault, you had the warning via the smaller monsters earlier to prepare you for what's to come. Other games like Mega Man or Shovel Knight are also great at demonstrating that, as the levels are all designed in a manner which prepares the player for the upcoming challenge, the challenge in question is still difficult but it's much more enjoyable if you are prepared for it.

Which is why something like the first area in Dark Souls 3 is insanely easy when compared to everything else in the game or even other games but it features a crystal lizard, the skeleton dudes are easy to kill and set up a certain mood and a certain level of difficulty for the area so you are not surprised or confused at all when you encounter the same skeleton dudes in larger numbers a little further into the area, it's a bigger challenge but designed exactly the same so you are prepared for it. The crystal lizard how ever is specifically placed away from the main area of the game and it's a little more challenging and has more health than the skeleton dudes, that's to prepare you for encountering Gundyr, the game's first boss, for the first time. The way the lizard is so far away from the skeletons is how the game makes sure that the player does not get any wrong ideas from this sudden change in difficulty, the area is still [x] level of difficulty where [x] in this case = skeletons, the crystal lizard is an optional separate challenge. And when you face Gundyr, while the difficulty is far greater than skeletons or lizards, you are still prepared mentally for fighting a big dude with lots of health now.

Which is completely unlike the first mission in Nier how ever. The mission defines a certain difficulty which in it's case is easy (Note; judging what the game calls a Normal difficulty. Of course harder difficulties are designed to be harder (Duh) but I am judging what the game calls "Normal/Intended", as well as what the design of the areas themselves have to say about the difficulty, which those don't change), every dude dies in a couple hits, it's easy to dodge everything in every section, (schmup or 3rd person or top down), the game gives you an insurmountable amount of health packs, that are used automatically which means you can't save them for later or something like that, and every section is a dull repeat of "go forward, now the path is blocked, kill these idiots, now go forward". Until the game hits you with the second Saw Fight and, here's the problem, if you die you get sent back to the start of the game.

So, the point of this editorial piece is to dispel any notion that something like sending the player back to the start of the game is a "Punishing" difficulty, and I will explain how. Not to mention how pathetically flawed that is as a general rule of game design, since nobody wants to replay an entire section again for any reason, much less if it's a long section, much less if it features several different gameplay segments, much less if it's not challenging it just takes time, much less if you don't gain anything from it which is a real big issue here; You are not learning anything new with these repeat robot fights as they all take the same amount of effort to beat as anything else, sure some have bulletproof armor so that teaches you about the existence of melee required bad guys/shields but at no point you are required to make life or death decisions, or dodge crazy attacks, the game's engagement level is mindless as you can numbly cut through everything until you reach the boss fights, and that's a really important detail, because a game like Dark Souls 3 does make sure to always be teaching the player some new piece of information on every single area; how to dodge bigger attacks, quicker attacks, multiple bad guys, slow moving or fast moving bad guys. It's not just about variety it's about ensuring that almost every monster the player comes across impacts the player's experience in a big and meaningful way, even if you can cut them down easily they still impact the overall game somehow.

But on top of those 5 reasons, the "punishing" "difficulty" of sending the player back to the start of the game after a death is insanely contradictory to what the game defines as the first mission's difficulty, it's a huge unnecessary and painful contrast to how easy the jobber robots are, so the game fails to prepare the player for such a stupid ass decision of sending you back if you die. To compare with DS3, it's like if you started with the skeleton dudes, the lizard didn't exist at all, and instead of fighting Gundyr, there was a red-eyed Cathedral Knight waiting for you which sent you back to the start of the area without any bonfire-checkpoints if you died. That isn't "difficult" as much as it is badly designed, it's a jarring change from a pacing that the game itself defined previously, and it doesn't punish players for not being good it punishes players for not being prepared (After it fails to prepare them). The decision of sending the player back forcing them to replay such a unnecessarily long and uninteresting section is bad, and the textbox at the main menu does nothing to prepare the player since the first mission has multiple sections which imply they might be separated and the game never tells you how to save until the first mission is entirely over so you can't even keep an eye out for it. But if the game had at least warned the player, let's say for example with the same textbox but this time saying "This game does not have an auto save, UNTIL YOU GET PAST THE SECOND SAW FIGHT" then at least the player would be ready for it and I am certain that it would have been a different experience entirely for most players, being prepared to avoid something like that ensures the player can take more caution during fights and dodge properly. And it may sound like a textbox like that would be too on the nose, but the problem here tho is that the area and the bad guys in the level itself should have been the ones responsible for encouraging the player to do that, and they do not, so you are completely unprepared for the idea of replaying an entire section again because the entire first mission fails to encourage you to avoid death. 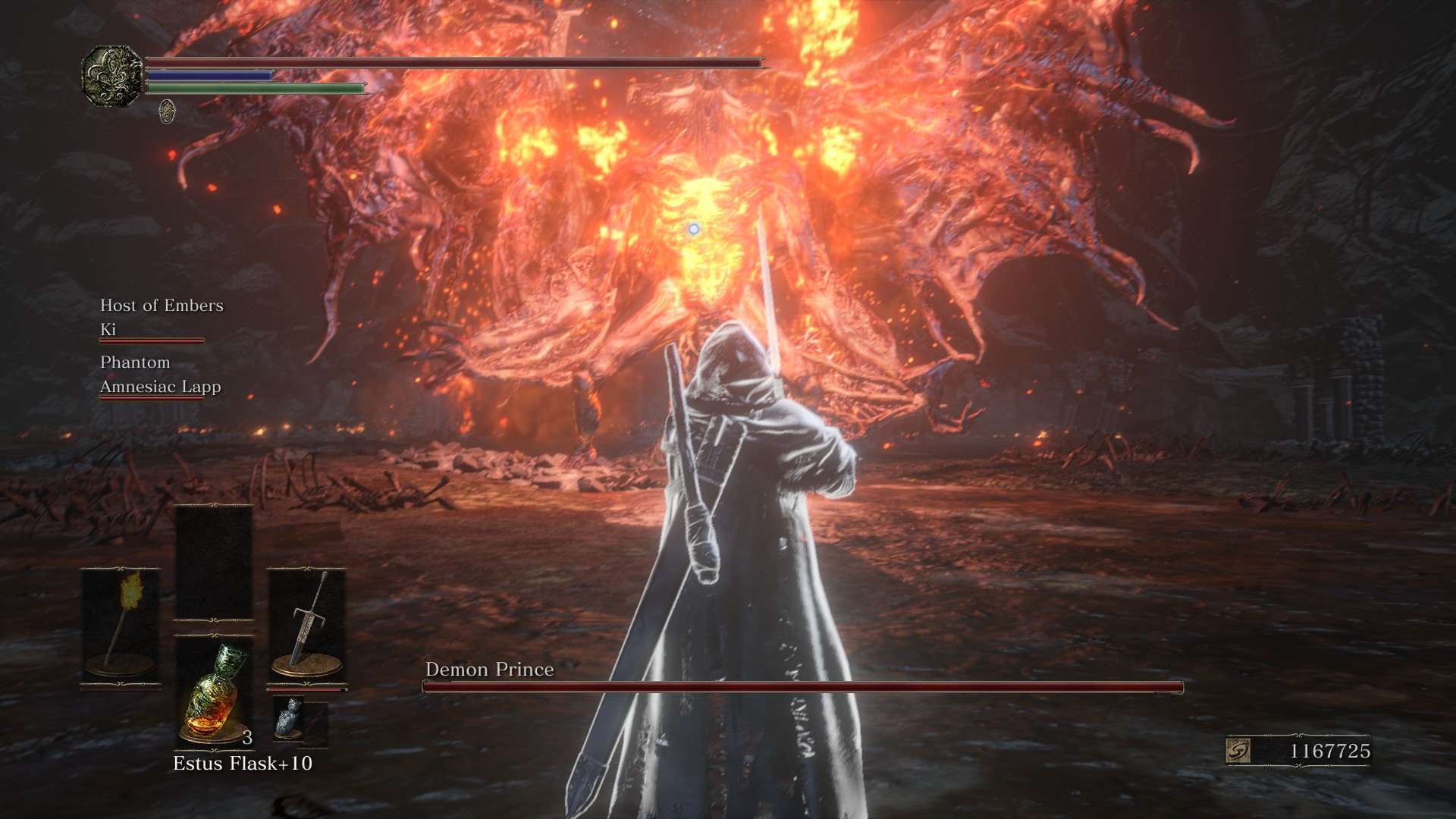 The reason why dark souls 3's difficulty is so impressive is because it constantly prepares and teaches the player how to improve, it's not just "A Hard Game" so when the challenge DOES come you are not only ready but you have all the tools to defeat it, and while it may still take a few tries specially depending on the kind of player or character-weapon you are and have, there are several instances of defeating a main boss fight for the first time specifically because the game prepares you so well for them, and even if you don't kill them in the first try you do at least feel JUSTIFIED if you die, and the enjoyment carries on between deaths, and the success is much more deserved and meaningful and rewarding. Fighting in Dark Souls 3 feels like a learning experience, feels like training, feels like improving yourself in a journey of becoming stronger. Where you look back after being through and you see a completely different person, you see the game and it's challenges from a completely different perspective because you grow from them.Nier's difficulty feels like a fuckn chore. In the first mission, at least.