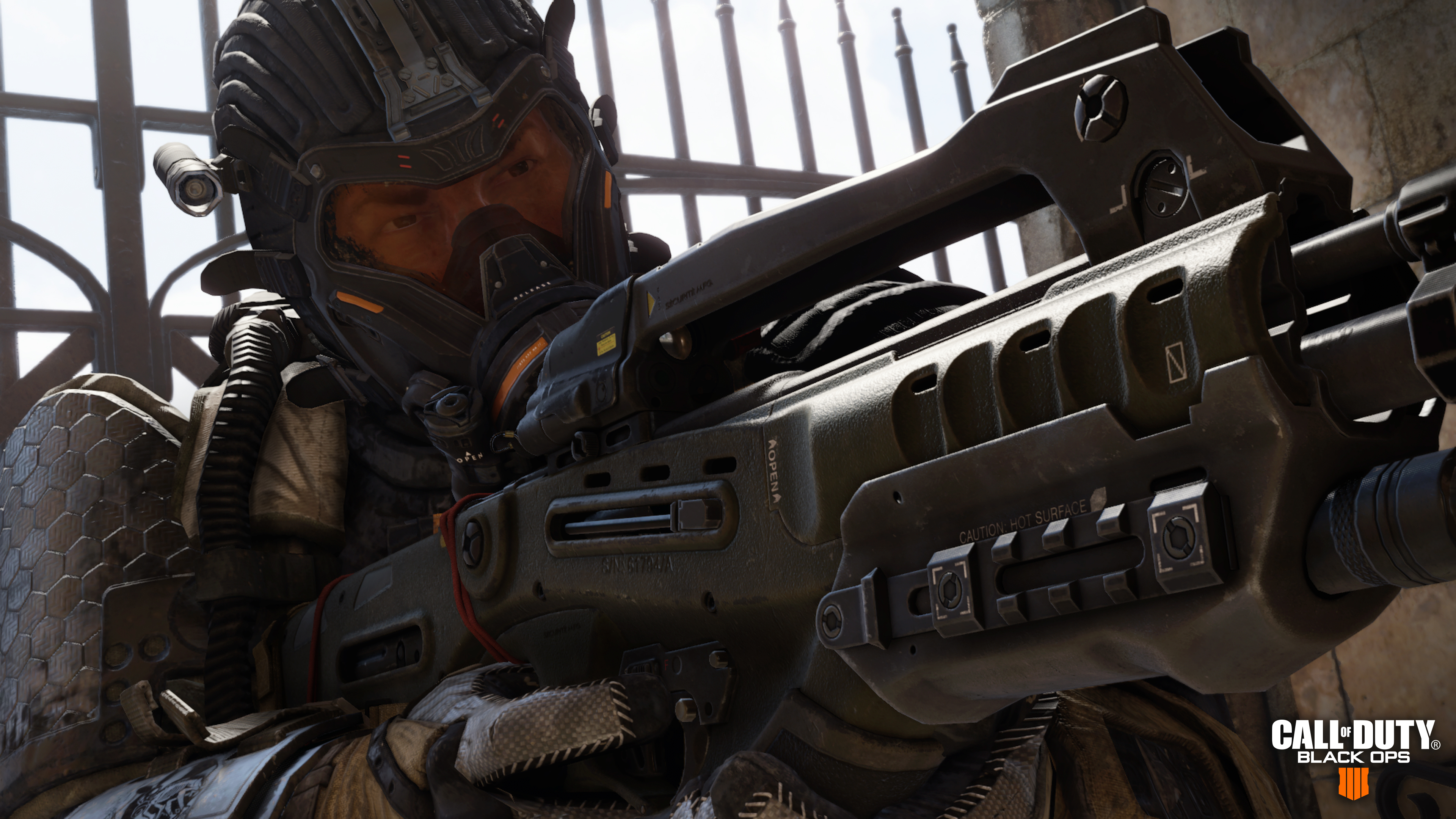 Last week during the reveal event of the newest entry in the Call of Duty series, Treyarch and Activision surprised everybody Call Of Duty: Black Ops 4. An entry so far yet so close to the roots of the franchise, that should be able to satisfy both old fans and new comers.

Mark Lamia, the chairman of Treyarch studios said in his first few minutes of being on stage, that “Black Ops 4 will have more ways to have fun with your friends than anything else we have created”. He even went as bold to say that it will be the “Deepest and most replayable game of our history”.

Apparently the game features the deepest and most tactical multiplayer experiences, the largest day-one zombies experience and a new battle royal mode titled “Blackout”. But even if that may be true, as the rumors have said, the game will not feature a campaign mode. Co-head Dan Bunting said in an interview, that they never planned on a single player experience from the start, rather they instead decided to focus on what the community wants most out of the game, and that is the beloved multiplayer and zombies mode.

Call of Duty Black Ops 4 will be released globally on Friday, October 12, 2018. on PC, Xbox One and Playstation 4, but dlc exclusivity WILL be on the PS4 which means all future dlc will be released first on the PS4, and then a month later on other platforms.

The PC release of the game will be featured on the Battle.net launcher owned by Blizzard entertainment. The PC release will have it’s own dedicated develop team, much like Infinity Ward had with Modern Warfare remastered.

According to Treyarch’s game designer director David Vonderhaar and Studio co-head Dan Bunting, the game is set between Black Ops 2 and Black Ops 3 and serves as a prequel to the game’s Specialists and their backstories. The game will feature the specialists you know and love from Black Ops 3, but revamped. Some with new abilities and some with reworked abilities. What’s even better is that there will be even more specialist than the ones you know.

While it may be true that it had already returned with the release of Call of Duty: World War 2, the game goes back to it’s original boots on the ground formula and eliminates the superhuman movements, while still keeping the tight controls of the Black ops series intact. The game also gets rid of the iconic health regeneration of the Call of Duty series and replaces it with a system more familiar to Far Cry players, where you heal up using the press of a button. You can also use throwables at the same time as shooting, which makes a fine addition to your gunplay.

Call of Duty’s take on the Battle Royale genre, “Blackout”, has been said to have the biggest map in Call of Duty history, and also contain parts of iconic maps from the Black ops series. In this mode, you will be able to play as your favorite characters across the series, be it characters from the campaigns or even beloved characters from the zombies mode.

The mode will also contain classic weapons from the series and vehicles you can control, be it on land, sea or in the air.

This year’s Zombies experience will feature 3 new maps, 2 of them having an all new cast of never before seen characters that you will get to know and love, and the other having the old crew from the origins timeline.

IX, or nine, is one of the maps with the new cast. The trailer showed the characters seemingly being teleported into a Spartan style colosseum and having to fight off zombies created by who seems to be the main villain. Logically we think that guns will NOT be featured on this map, but rather that it will be a melee only experience, due to it being in the Spartan era.

Voyage of despair, the second map shown at the event seems to take place on the titanic, where you have to take on the zombified guests and ship crew either before or after the iceberg hits. This map, unlike IX, most likely features guns, due to there seemingly being a mystery box shown in the trailer or maybe because of the pistol one of the main characters uses to threaten the villain with, but that’s just a hunch.

Blood of the Dead

The third map that’s releasing day one is a remake of the beloved Alcatraz map “Mob of the dead” subsequently called “Blood of the dead” where according to theories and information we’ve gotten from the other maps in the series, the Origins crew is going to collect blood from the Mob of the dead crew. No more information has been released about this map yet.

Blood of The Dead trailer:

For more information and the latest intel on Call of Duty: Black Ops 4, check out: