Which MOBA Should I Play? 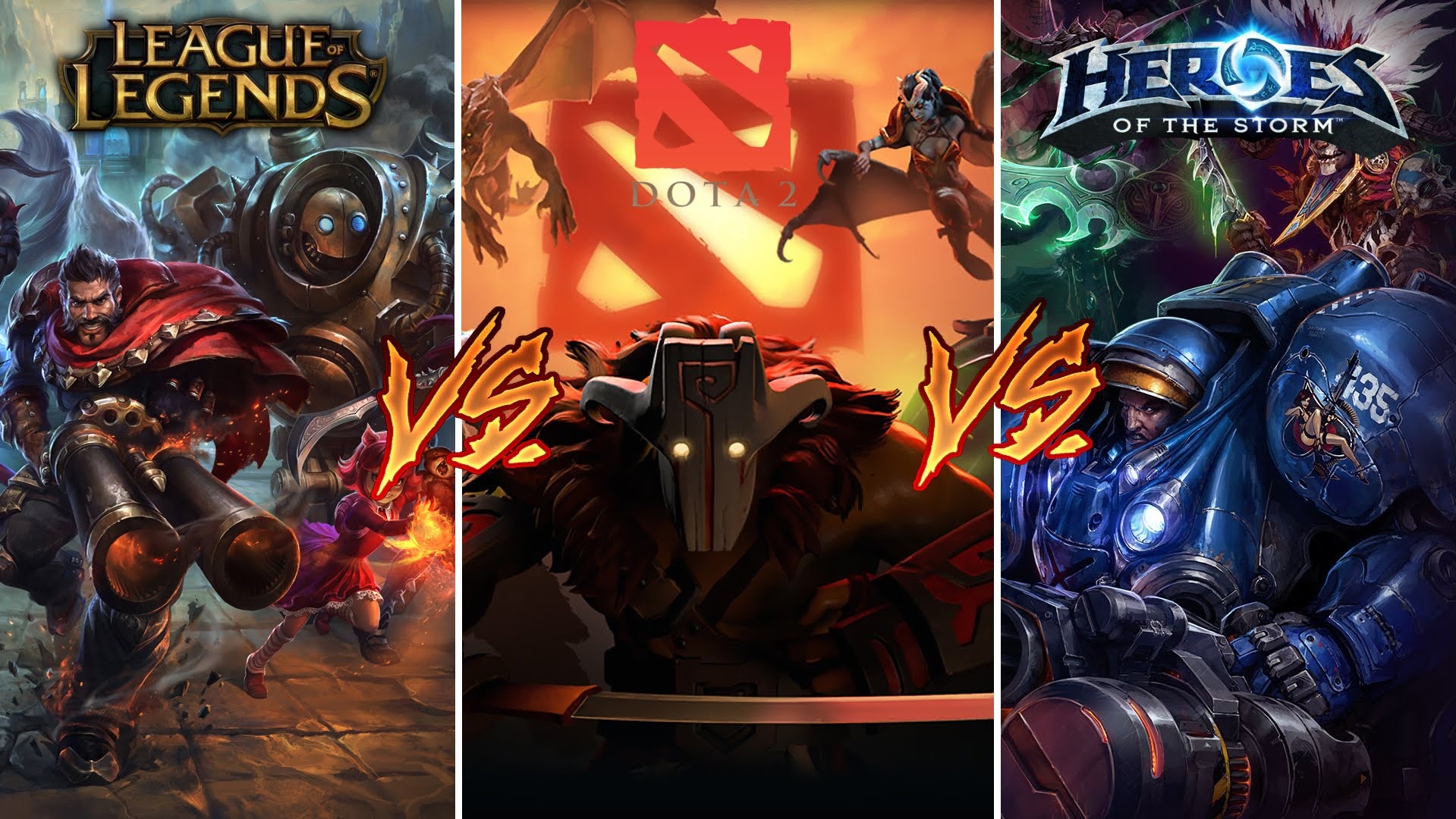 MOBAs to those who haven’t played can feel like an impenetrable and mysterious world, belonging to e-sports tournaments and those without jobs. And while it most certainly is the exact flavour of tea that many from those groups crave, it isn’t entirely inaccessible to those new to the genre.

I should start by saying I’m a Heroes of the Storm guy, I love the blizzard universe and I enjoy the simplicity and tongue in cheek personality of it. I hate the item management, last hit farming, lack of team levelling and brutal toxicity from the likes of Defense of the Ancients 2 and League of Legends and enjoy the map variants, mounts, game modes and team play culture of Heroes of the Storm... So if you sense some bias, I probably wouldn't argue with you. 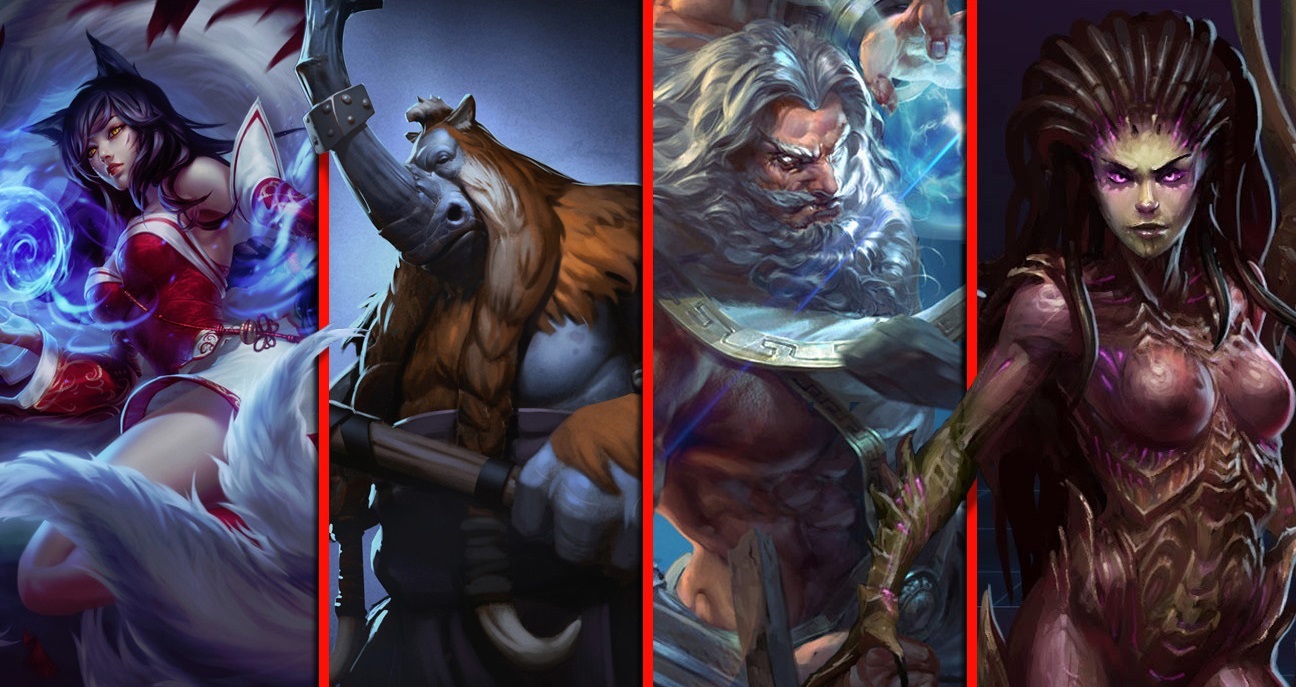 That’s not to say they don’t all have their perks, each of the three that I’ll be discussing today has a huge following for very good reasons and I’ve played and enjoyed my fair share of all of them, I just prefer Heroes of the Storm and you can’t change me oh my god leave me alone you bully why you do dis?!

Most MOBAs follow the same tried and true formula that DOTA gave an audience to all those years ago, but others such as Smite and Heroes of the Storm have tested how far the genre can be manipulated and still keep its appeal. So while this article will mostly lean on the topic of what separates Heroes of the Storm from more traditional MOBAs, they all have their unique features.

So allow us to break down the main differences between Heroes of the Storm, League of Legends and Defense of the Ancients 2, from here on out referred to as HotS, LoL and DotA 2 respectively. 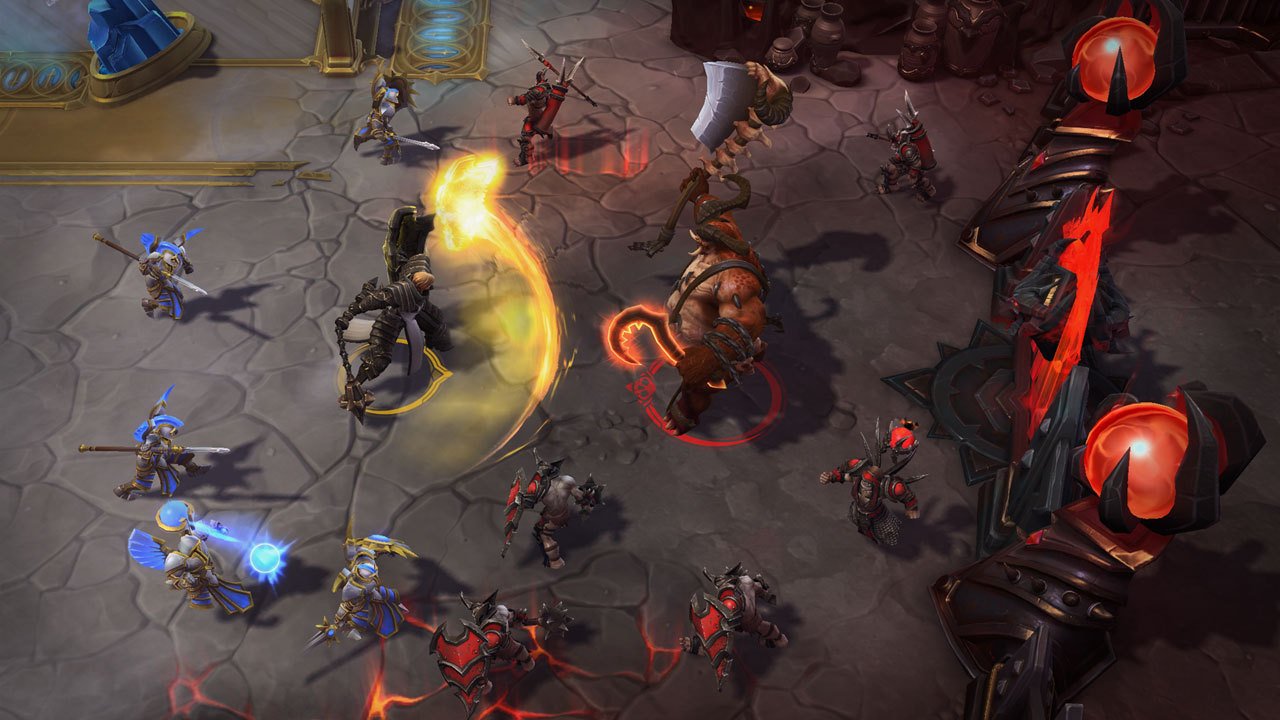 Heroes of the Storm

The way in which you farm experience in DotA 2 / LoL revolves mostly around last hitting (getting the last hit on a minion resulting in its death), meaning laning is an incredibly important early game phase, in DotA 2 you can even kill your own minions to deny the enemy team the experience. In HotS however, experience is gained just by being in decent proximity of a minion’s death, whether you cause damage or not, this allows for more fluid lane swapping and objective focus.

In DotA 2 and LoL you level independently, and how fast you level completely depends on your ability to last hit minions or clear camps in the jungle areas – unfortunately this means for unskilled or new players, you can quickly fall behind and struggle to make a noteworthy contribution late game, allowing for skilled players to take the limelight and carry the team. In HotS all players in the team level alongside each other, and everybody can contribute XP to that process in their own ways, giving the sense of team play more definition and providing all players the chance to make game changing differences.

The item store is a feature completely absent in HotS, replaced with character specific talent trees. But in DotA 2 and LoL, alongside experience you earn gold which can be spent in the item store on a wide range of generic items that can buff your character in different ways. Items are not character specific and because of that there isn’t much diversity in character skill builds but does add a level of complexity to maximising your characters strengths that many players appreciate, even if you do have to return to the respawn point to collect them. 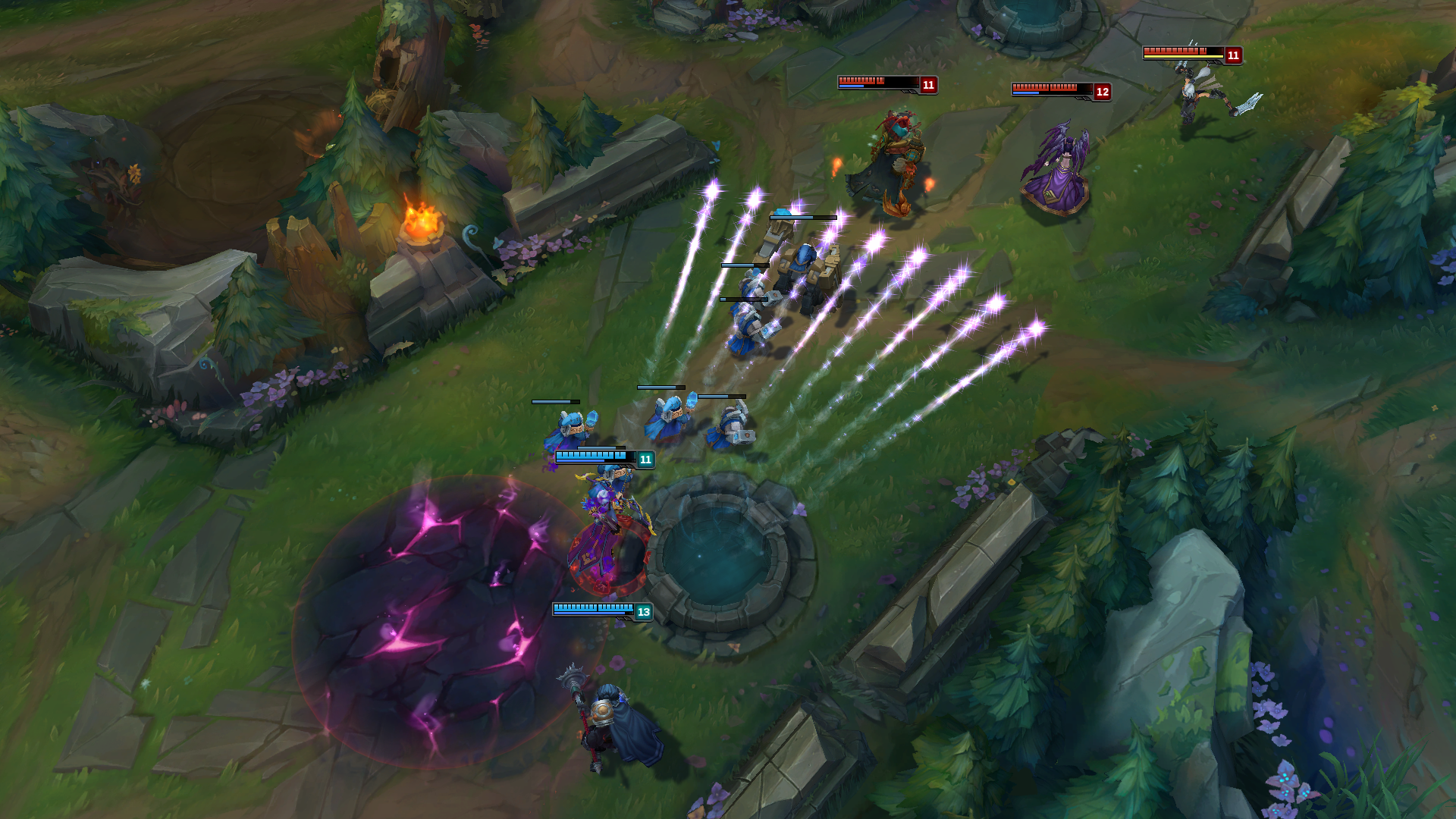 In HotS all heroes are based on their counter parts from other Blizzard titles, featuring known faces from the Warcraft, Diablo, Starcraft and Overwatch series of games. DotA 2 is the successor to what was once a Warcraft 3 mod called Defense of the Ancients, so most heroes are spins on units from that universe. League of Legends has an entirely unique roster of playable champions, with more influence from Japanese anime culture. Smite on the other hand is an honourable mention with characters based on mythological gods including Zeus, Thor, Hercules, Medusa and Achilles - all playable in third-person.

In most MOBAs, you have 4 base skills per character, bound to the Q, W, E and R keys (R commonly being tied to your ultimate spell). In DotA 2 and LoL as you level you can increase the specs on these skills, buffing their passive and active perks – this allows you to level the spells you’re more fond of sooner, but gives less variety to your character as a result. In HotS you are given 3-4 choices every few levels that can buff your passives, give a new trait to an ability or even grant you new (albeit smaller) skills altogether – this gives each character build a very unique feel and allows you to stay in the fight while you choose your upgrades.

While LoL and DotA 2 have spells and items that give speed buffs, meaning you might have to sacrifice a certain level of power to increase your speed. HotS is the only MOBA of the three to have ridable mounts, they take a few seconds to summon and give around a 30% speed boost. What mounts allow for is faster movement across the map when fighting isn’t taking place and can be an aid in a well-timed getaway. 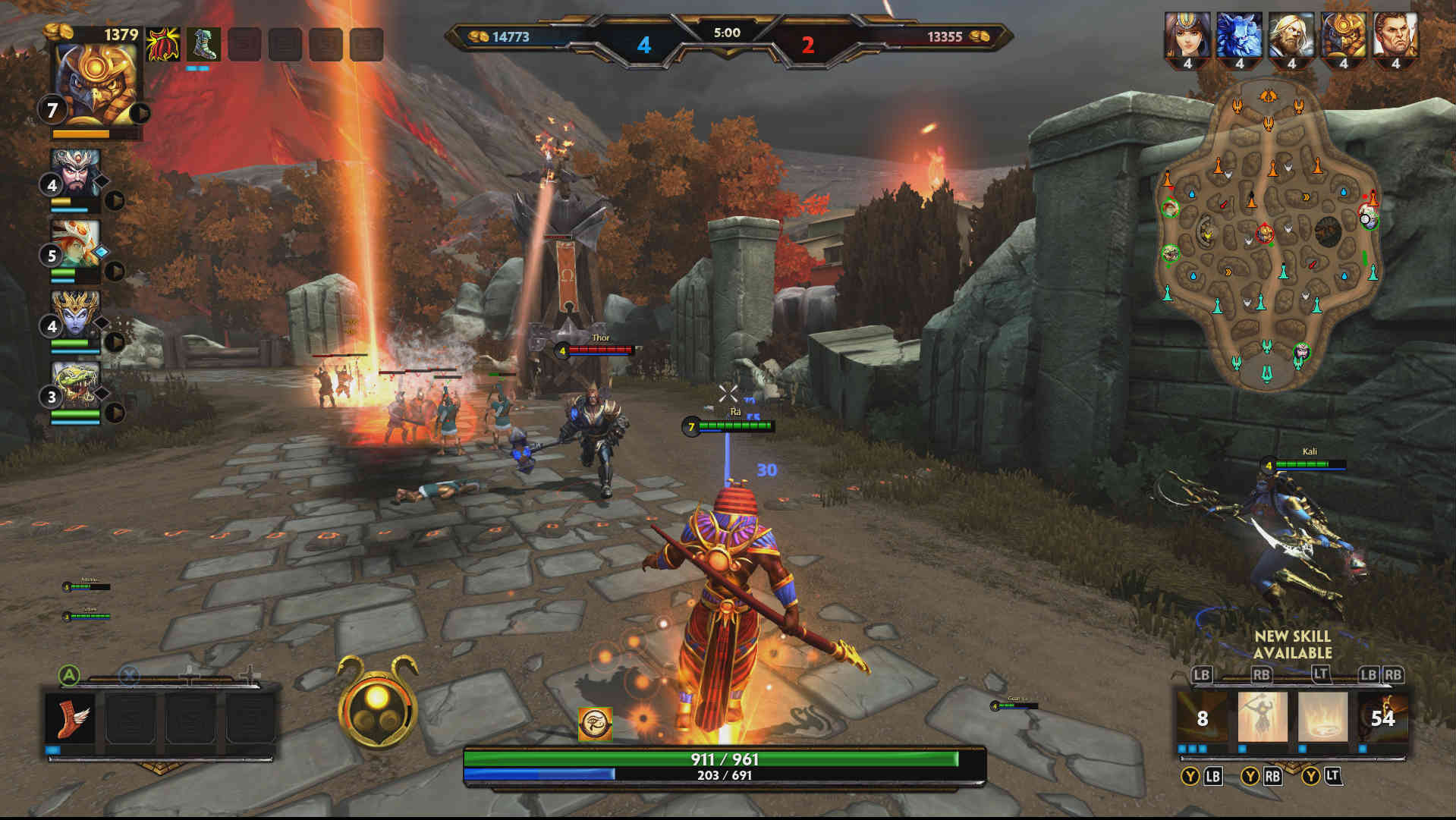 Most MOBAs focus on a single 5v5, three lane map, with the objective to push through lanes of turrets and destroy the main building. DotA 2 has a single map with no variations (outside of modding), LoL has a few spin-off game modes and 3v3 variants but the focus is predominantly on the base map. HotS on the other hand has (at time of writing) 15 maps, all with their own unique and game changing objectives, because of these the games are a lot more action focused and create more team battles even early on when most MOBAs are still in their slow laning phases.

“Jungle” areas are featured in almost all MOBAs, but most have their own slight twist on purpose, with each camp providing its own benefit. In HotS the majority of mercenary camps in these areas fight alongside you in their respective lanes once defeated, with a few dropping useful items such as med packs or placeable turrets. In DotA 2 and LoL they’re mostly for gaining XP and gold to avoid having to lane share with other players and many characters are built as junglers.

LoL has a few alternative game modes, none of which shake the foundations of a MOBA by too much. DotA 2 is absent of anything entirely besides a few restricted character choice modes. Heroes of the Storm has weekly ‘Brawls’ that vary from standard games with mutations and manipulations to party games that can go from rocket races to co-op PvE missions – none of this distracts from the main quick and ranked matches but does offer respite to those who just want a more casual, relaxed and fun experience. 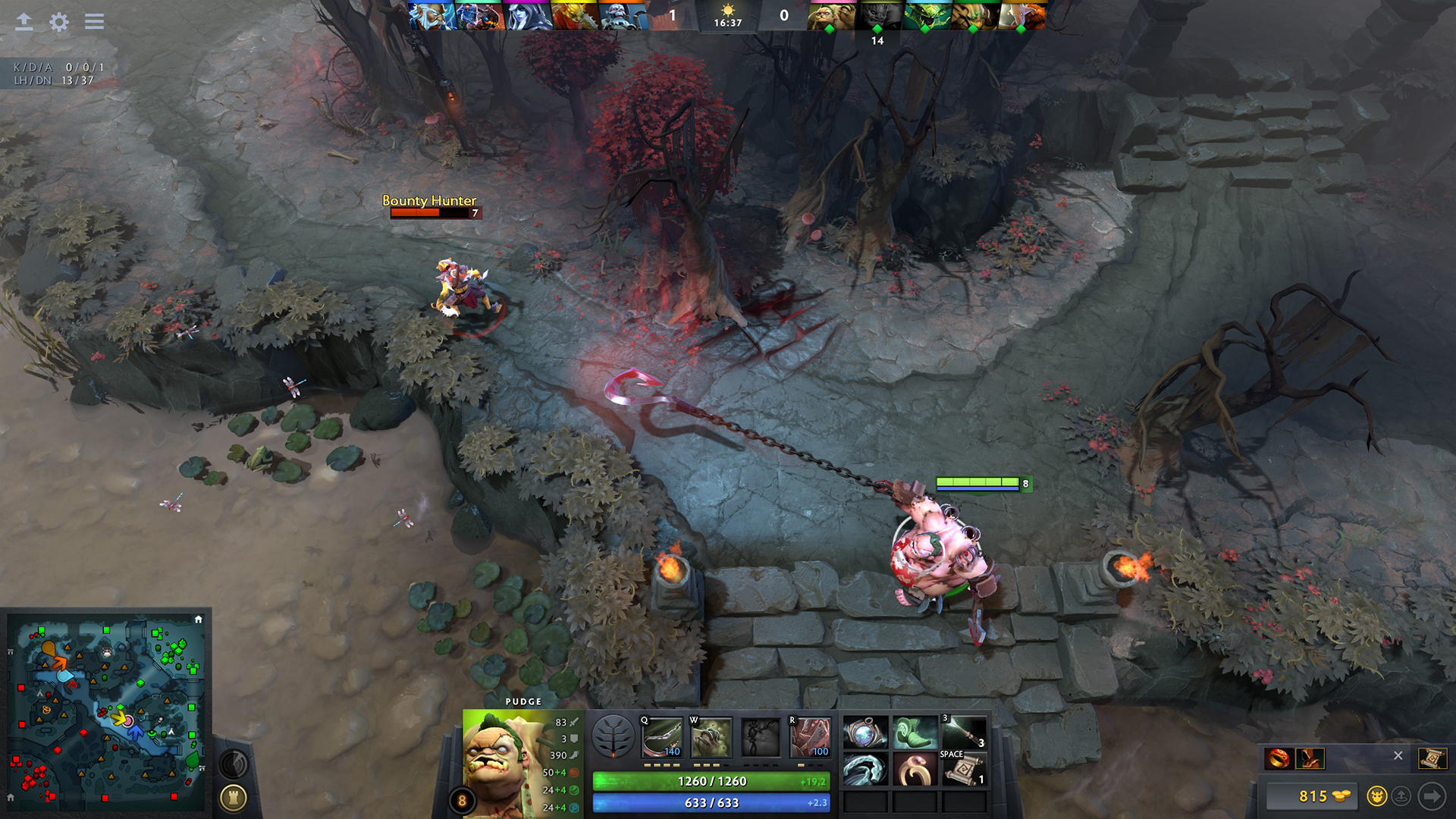 Most of the big MOBA titles have game lengths sitting roughly from 30-50 minutes, this can build more tension and a larger sense of achievement on winning long and well balanced games, but can also be stressful and disheartening after a 50 minute loss. HotS is one of few objections to this, with its 15-30 minute games, consisting mostly of running objectives, broken up with vicious team battles, HotS has shorter but generally more consistent and exciting gameplay.

Harassment and aggressive behaviour is a pressing issue in most competitive multiplayer games, but MOBAs in particular are known for it. Due to the individual levelling, poorly performing players can really drag a team down in MOBAs like DotA 2 and LoL and due to their entry level complexity (particularly DotA 2) veterans can be unforgiving to new players trying to get to grips with the game’s mechanics. HotS is known to have less of a toxic community, thanks mostly to its group levelling and more streamlined features, however it isn’t immune to toxic players entirely.

MOBAs aren’t known to be instantly accessible, DotA 2 plays it safe and tries not to stray too far away from its rigid roots as the Warcraft 3 mod sensation that gave it its loyal player base. LoL is much more easily accessible with a more polished feel and easy on the eyes art style. HotS however is sometimes referred to as the MOBA for people who don’t enjoy MOBAs and even Blizzard refers to it instead as a team brawler. With no micromanagement of gold, items, individual experience and no need for last hitting – HotS allows for a much smoother introduction and can be considered a gateway MOBA to those more complex. 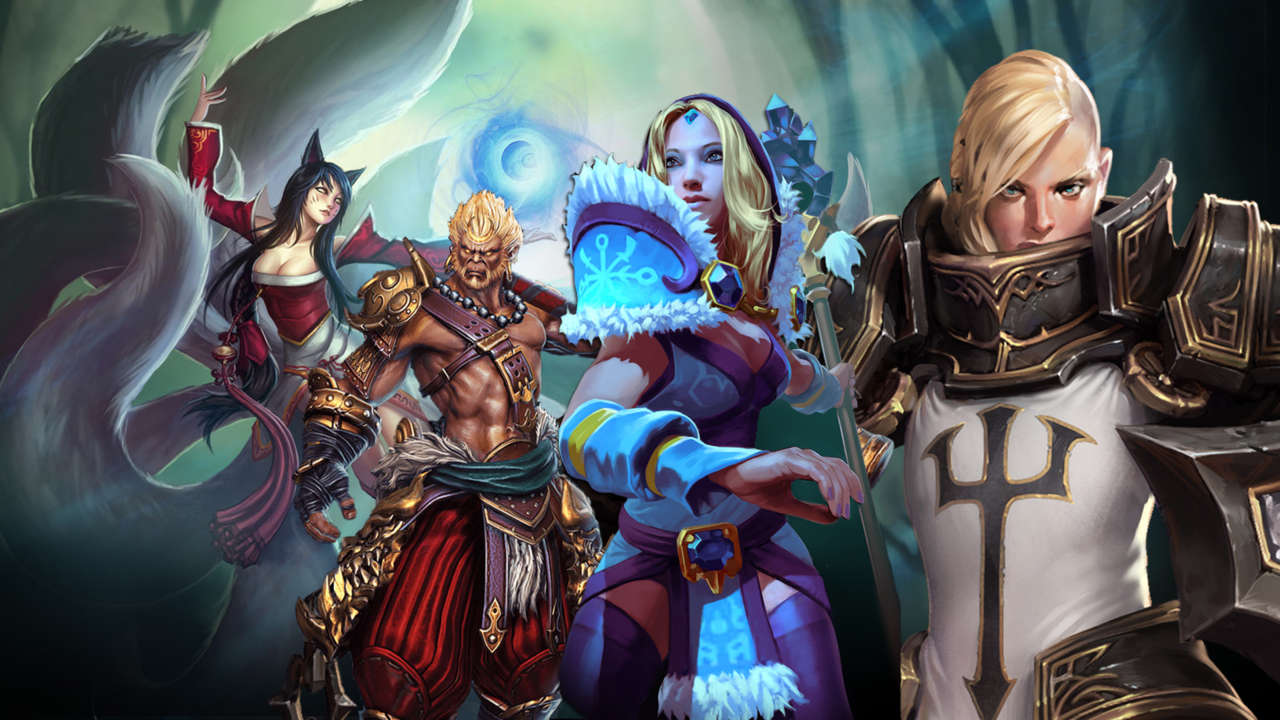