For the purpose of this review ill be referring the name Superhot: Mind Control Delete as MCD

What is MCD? Do you like SUPERHOT? SUPERHOT! SUPERHOT! 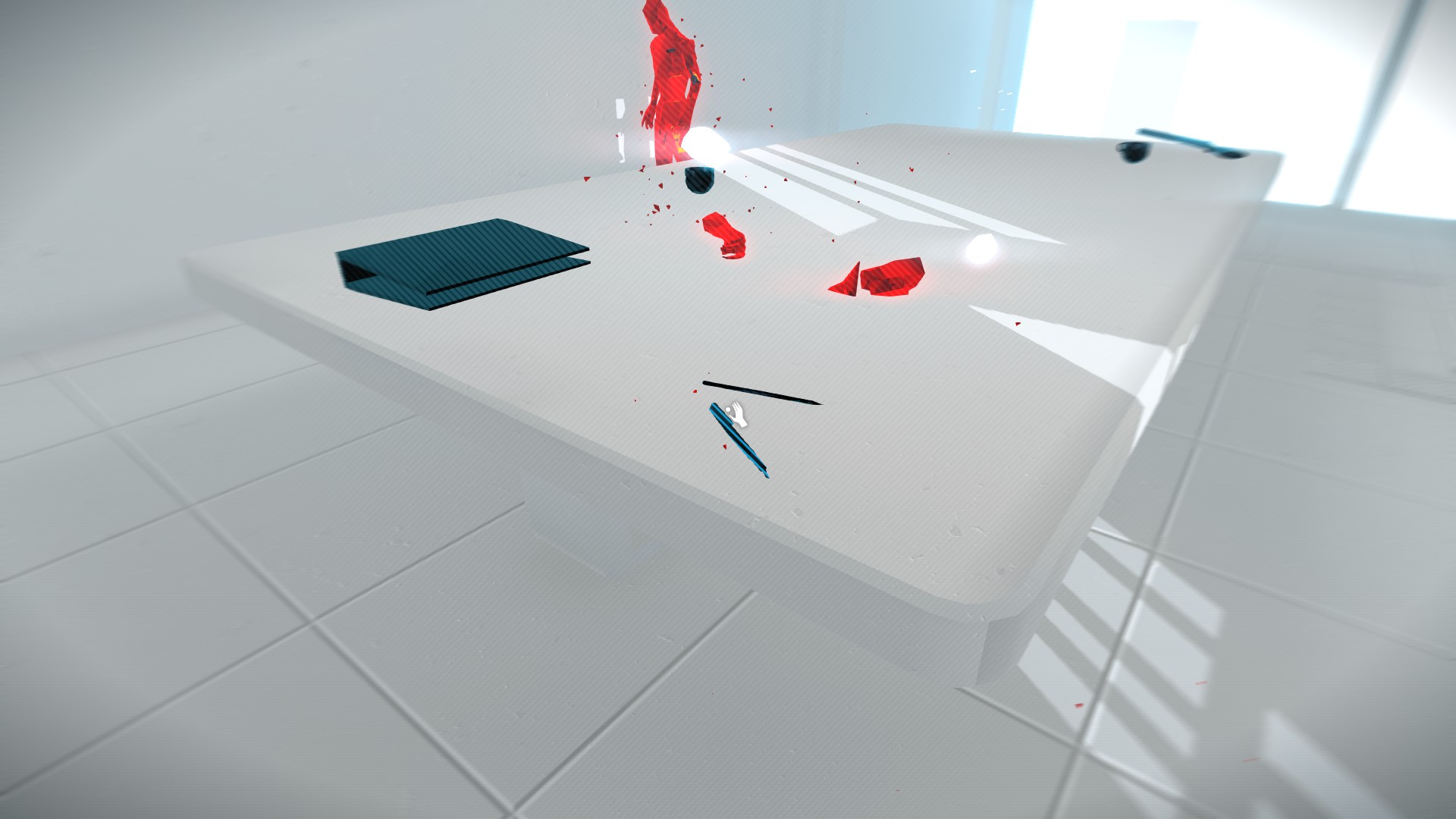 Everything is a weapon if you throw it!

The Story: the story is destroying the system but makes the story short by adding a mechanic of you have to keep the game running for 2 hours straight. 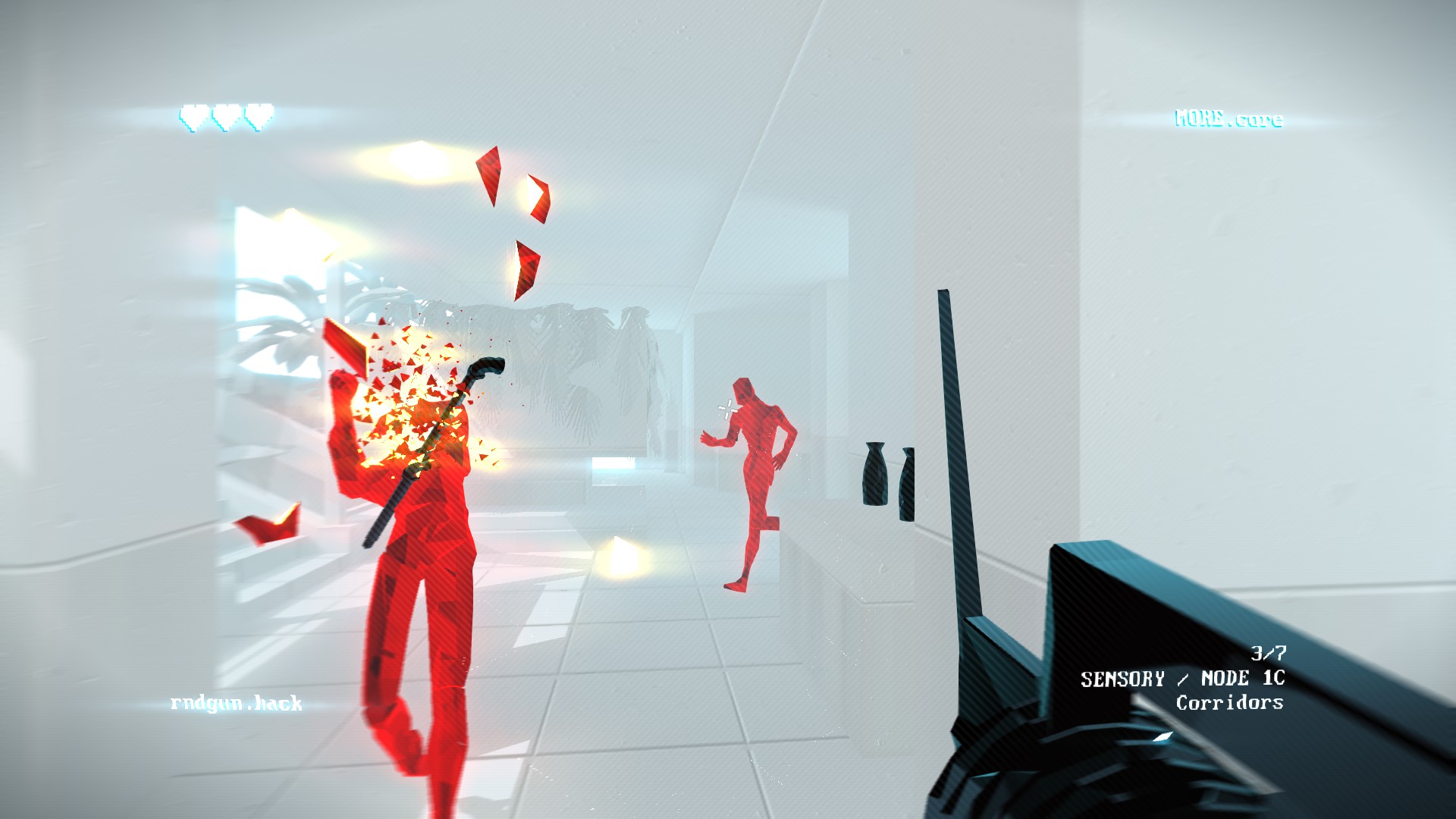 What MCD but more in depth? In MCD it adds the same old from the last but with more objects to throw and new mechanics which just make you feel like more of a badass than you already are, but if you don’t know what Superhot is then in short Superhot is a first person shooter that only when you move does time speed up, but if you do not time goes so slow allowing you to aim and ready the shot and plan your next move. 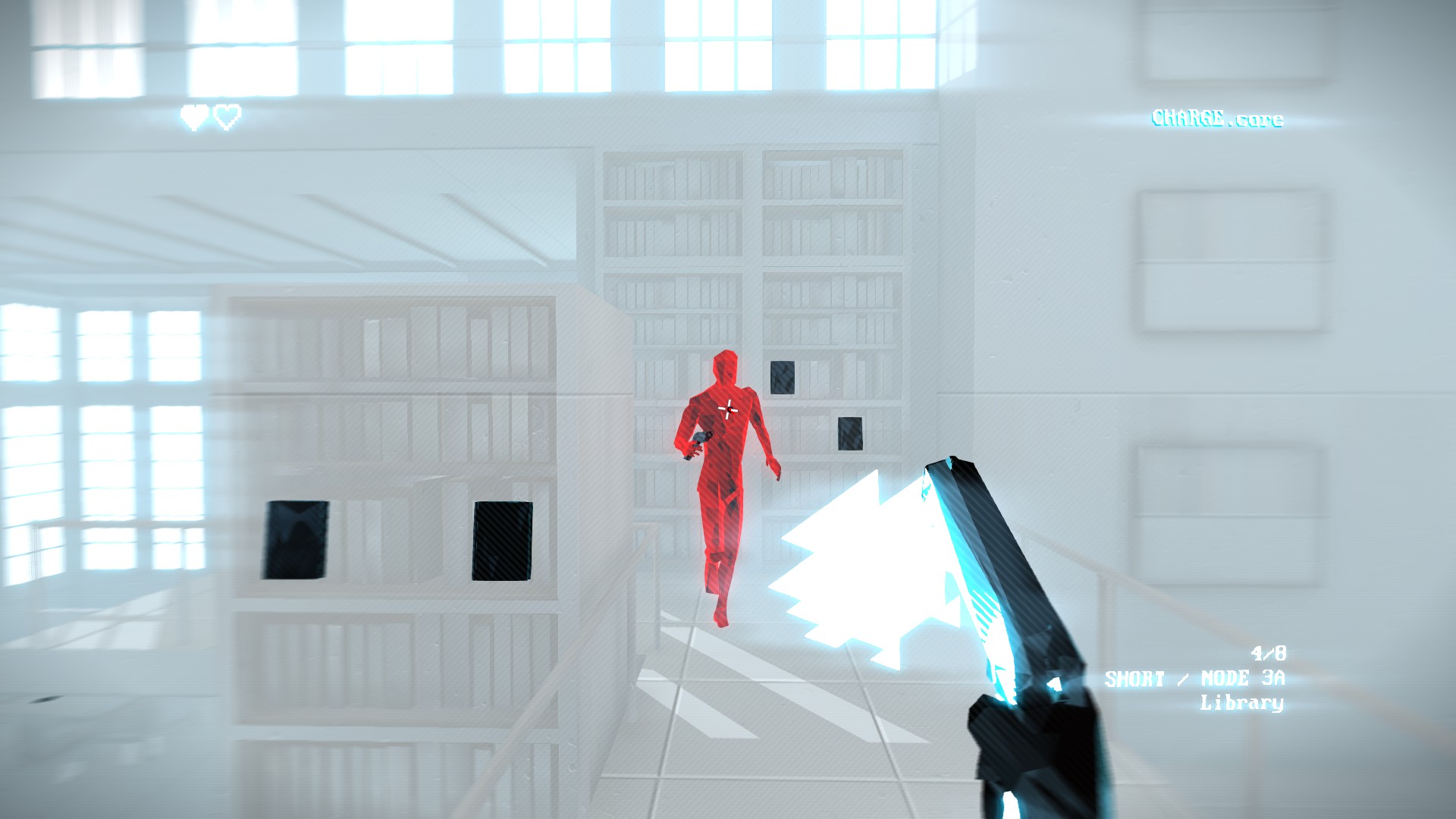 Can you be quiet please!

The Mechanics: MCD has added a lot of new mechanics as a charge mechanic which you start with 2 lives instead of 3 but as you go on there will be a screen showing random codes and when it hits a glitch you can add new powers like when throwing objects it shoots bullets out of it or guns have more ammo, you can move faster and spawning in with a random gun there has been a lot of new added to the game and makes the game really fun to play if you’re looking for you superhot fix and just want more then this is your game, in the game there enemy’s which are shown as grey and red part this is obviously to say where to kill them and I like this as adds some difficulty to the game as most enemies are red and are easy to take, out after taking out the enemies you can see in a replay it in full motion and makes you look so bad ass, there are 32 locations in the game my favourite is the club as the music is so good to kill enemies to but each level your spawned in random places with random stuff next to you there are a few issues of being spawned with nothing and next to 2 grey enemy’s which are both in your face making you lose a life or killing the run so the spawns could be a bit better put with the right hacks like start with a katana and deflect  you feel like god deflecting bullets and slicing enemy’s . 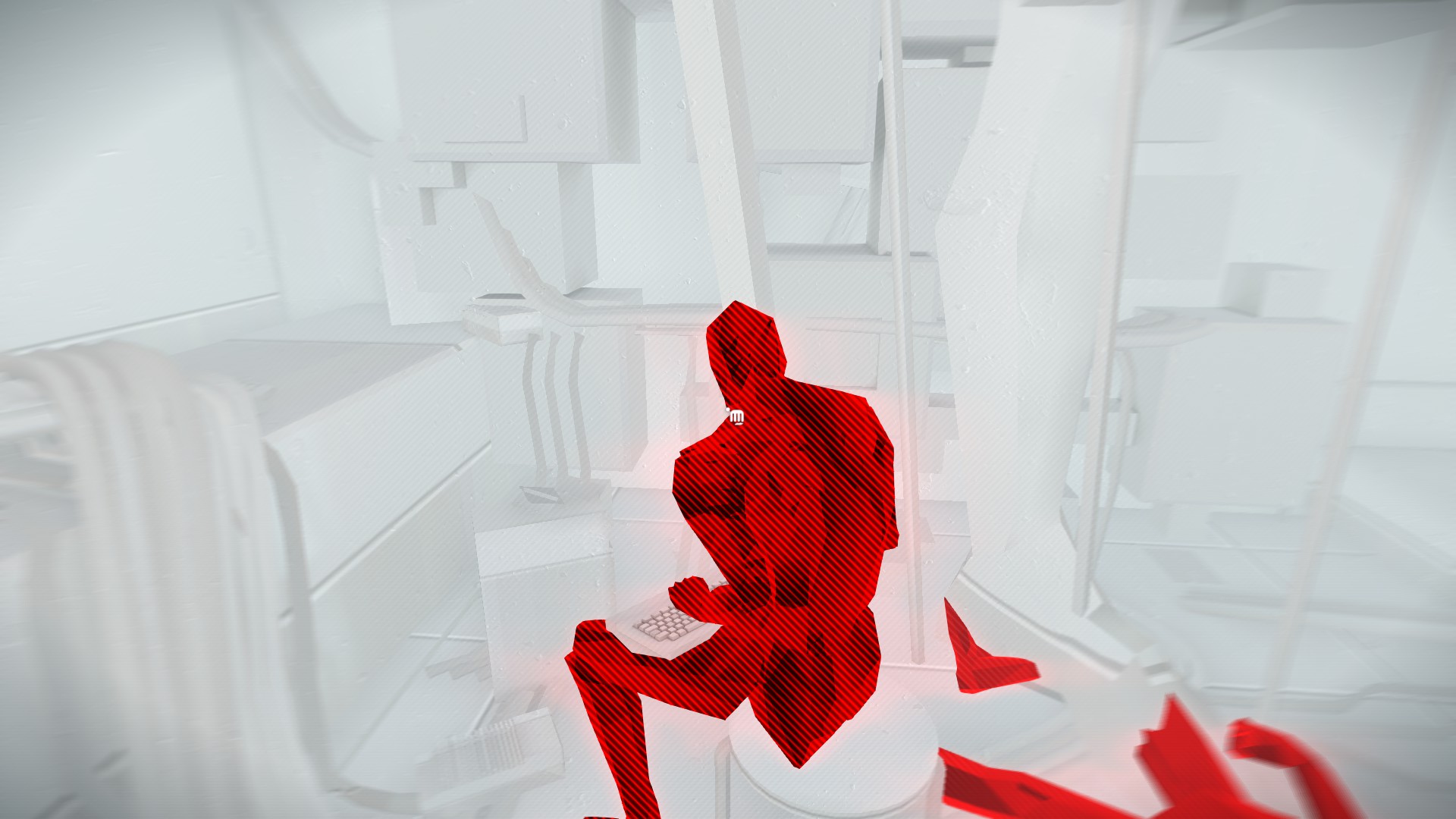 Game ending my self in game!

The Graphics: MCD graphics are polygon graphics which gives it its own unique look. 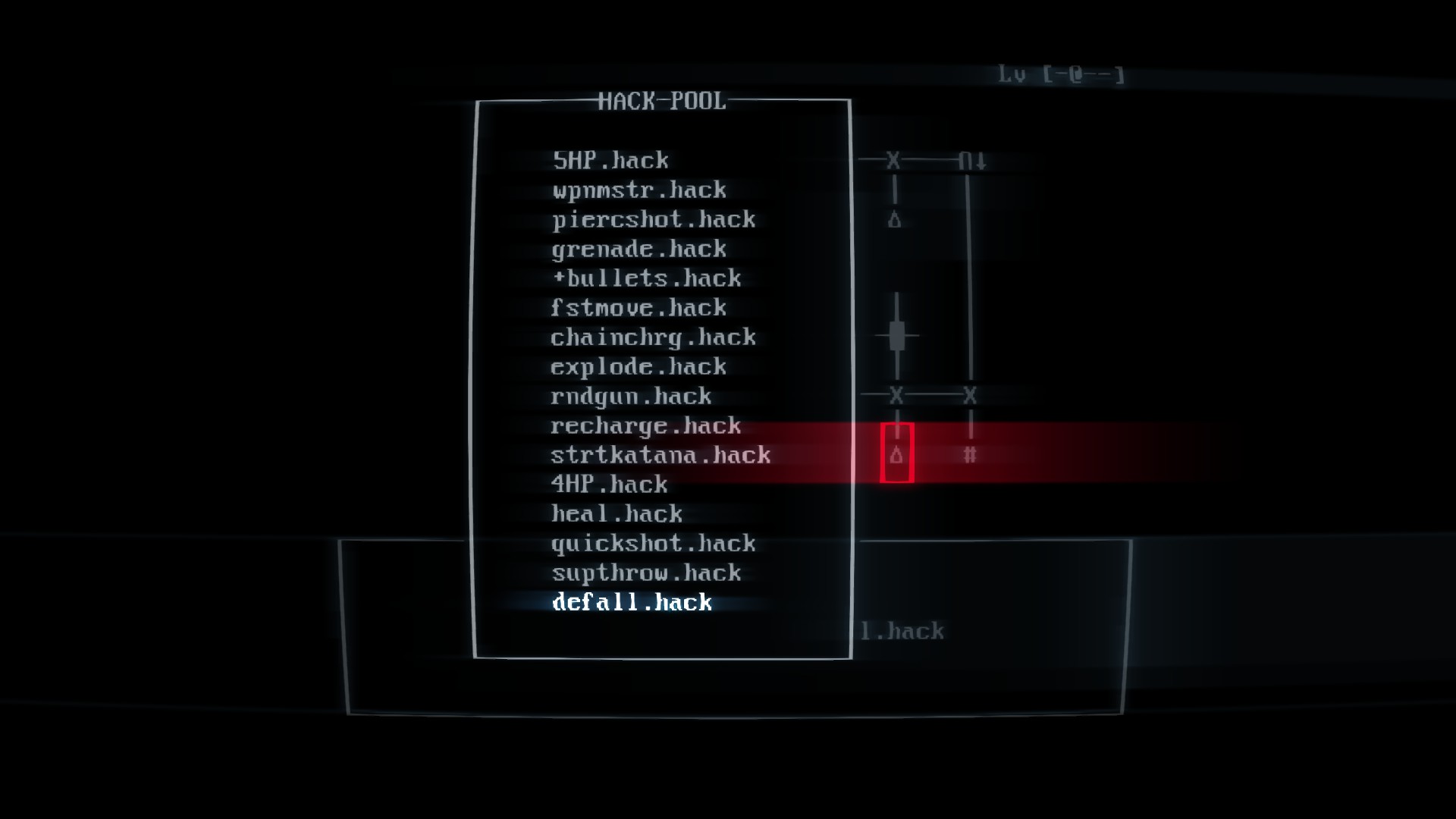 I got the hacks!

This is a very good game if you like Superhot and loved the gameplay of it just a shame that it gets very repetitive very quick, though it does add new stuff to it like modifiers in the middle of the level like getting a random gun or start with a katana which makes it so fun but shame the levels don’t have any unique features as they get boring seeing them so many time but it still a fun game with a lot of cool ideas and changing the formula, so if this interest you then check it on -> Steam.