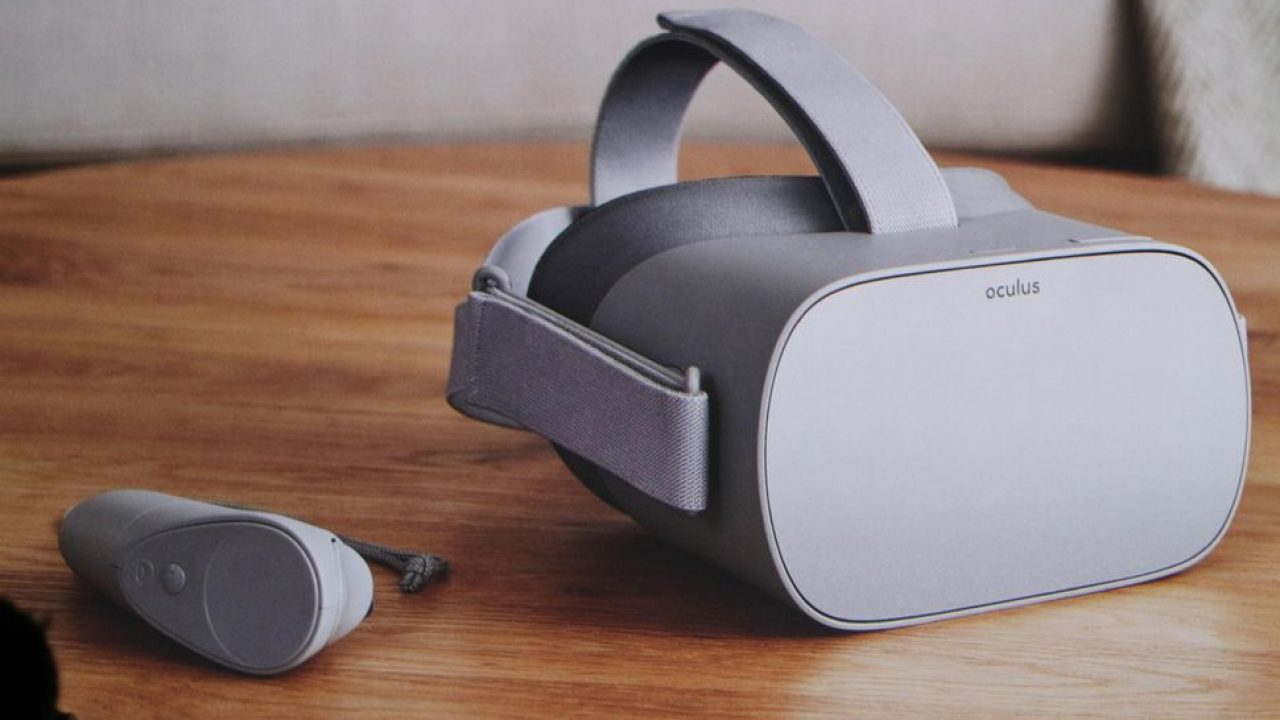 Today we’re doing something a little different from our usual reviews. Now that both the Oculus Quest 1 and 2 have been released, some people may be getting the cheaper but still solid first-time-VR-user worthy ‘Oculus Go’ for Christmas this year. For just £100-150 for a new Oculus Go, without the need for mobile phones or powerful computers, now is the perfect time to pick up (or at least ask Santa for one).

We still have a lot of love and appreciation for this headset and what it does for introducing curious gamers to the world of virtual reality. Another reason for this article is that in just a few days, on 18th December 2020 sadly marks the last day any new games (or updates) will be added to the store. Especially sad news given that worthy games are still being added to the store just weeks leading up to this deadline (a few mentioned in this article alone).

While there are many great games for the Oculus Go, we’ve tried to avoid any that have superior Oculus Quest versions available, as we’ll have likely reviewed these already or will in future (so no mentions of Drop Dead, Death Horizon, End Space, Wander etc). What we have picked though, is a selection of 10 games that got our attention right away for one reason or another, some we bought and some we received press copies for.

Read on to discover our thoughts on some of the more interesting Oculus Go (and GearVR) games still available to purchase and play.

If you’ve played VR games like Moss or Ghost Giant, this game has a lot of similarities. And we wouldn’t necessarily call that a bad thing, we think more VR games should give a god-like perspective, or in this case the character’s imaginary friend's perspective. You can pick a boy or a girl to play with, and have to go on an adventure to find their missing dog. You manipulate the world, move obstacles and act as equipment to help your friend progress through the world, solving puzzles and conundrums along the way. It’s a charming and sometimes humorous experience that’ll warm up your cockles. A worthy purchase for those who like to be fully immersed while training their brain! 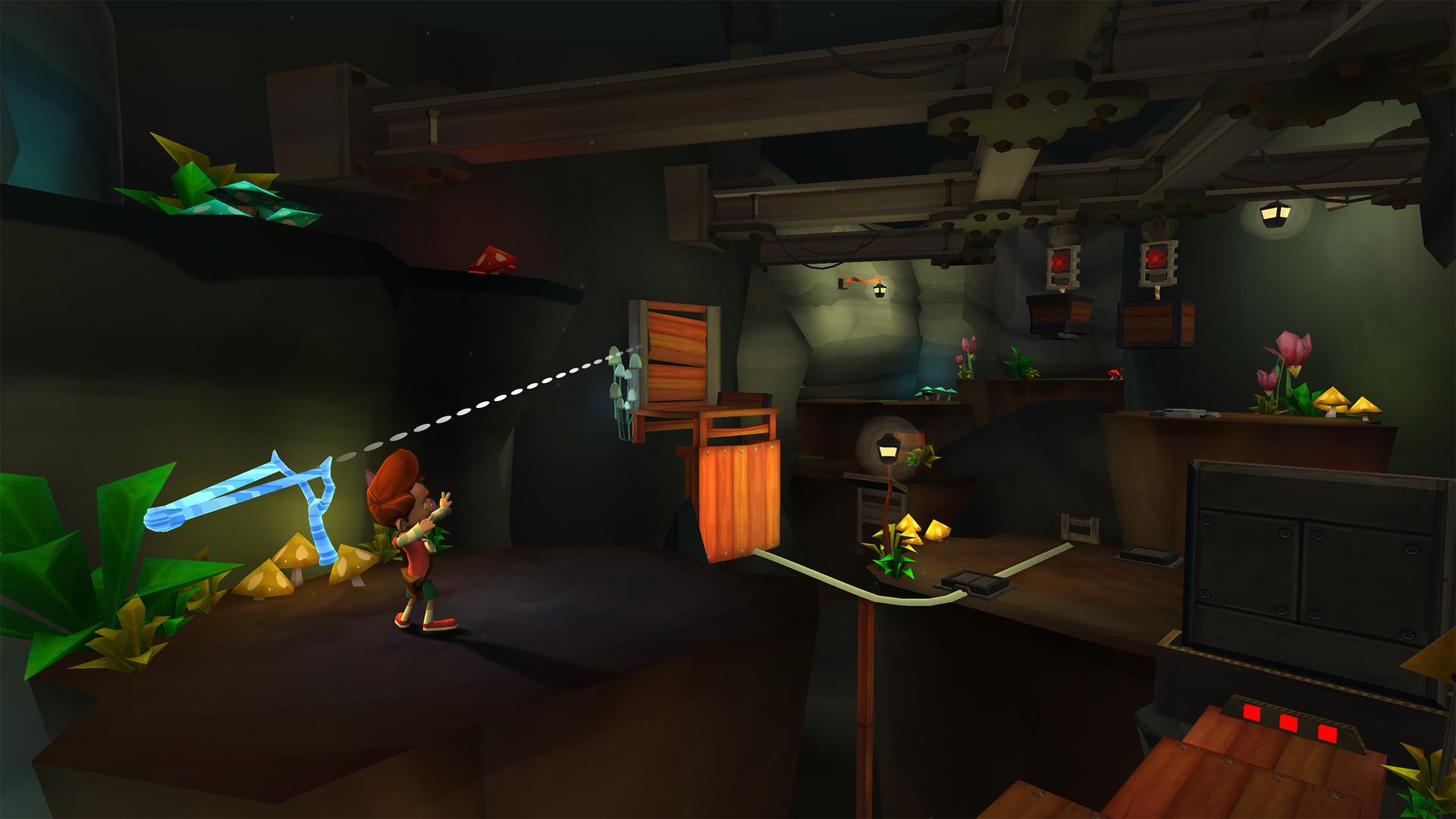 This one will involve two players, one wearing the headset and one using the companion mobile app. One of you plays as a thief and the other plays as the hacker. Pulling off heists in highly secure compounds, out-smarting guards and security systems as you go. I played this one with my wife and we were pleasantly surprised how much fun it was. It will have you both screaming as you barely escape a room in time before the lasers turn back on! The graphics are good, the voice acting decent, the controls are as good as they can be (I was very happy to see double-click 90-degree snap-turning) and the actions/sounds between thief and hacker devices are instantaneous, even on a less than average broadband speed. 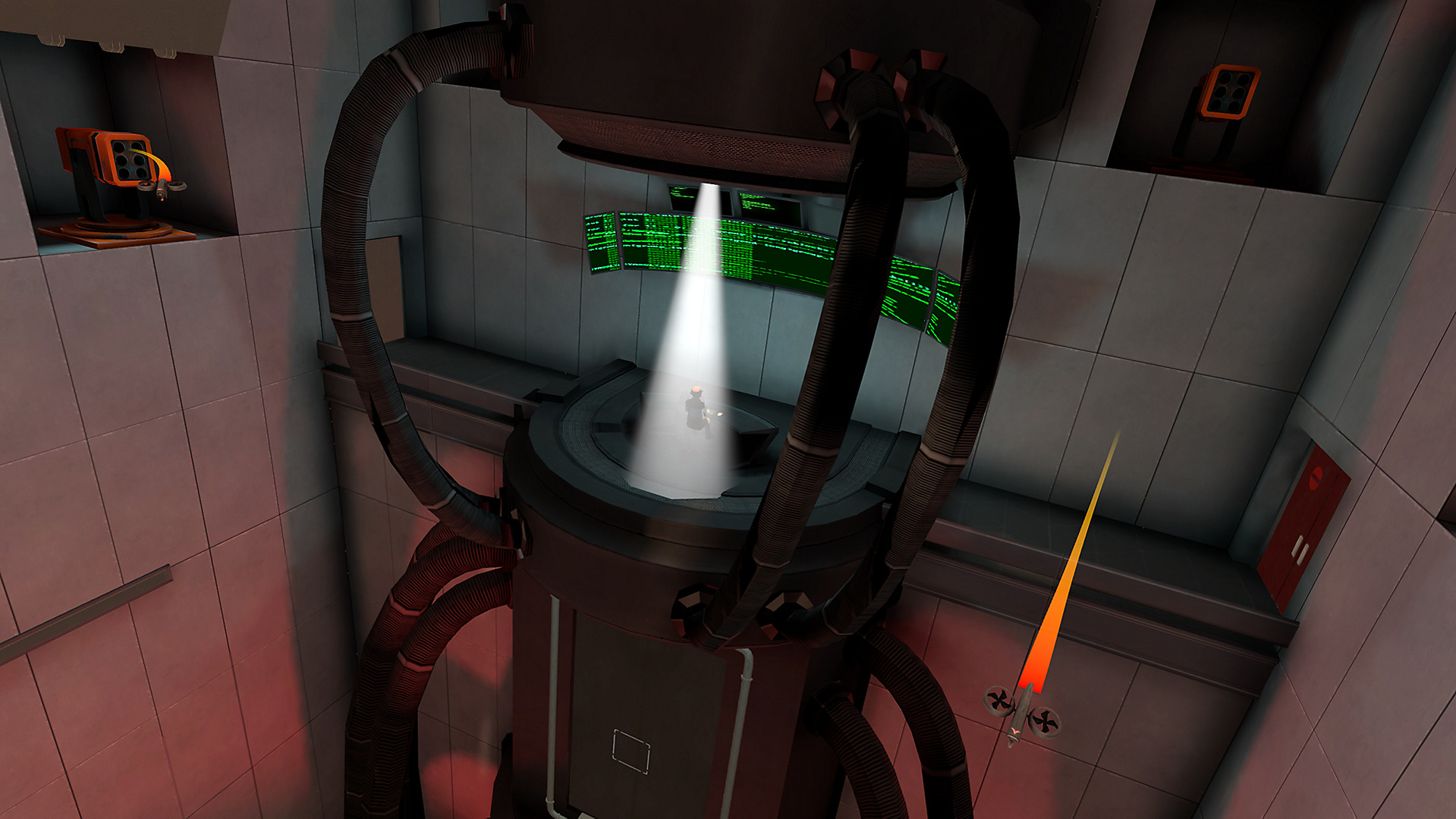 I bought this originally while in a long-distance relationship with my now wife, we both had Oculus Go’s and wanted a social game that didn’t involve listening to screaming 9-year-olds calling strangers gay. You’re set on a small island and can do certain activities and minigames with each other, all while looking out on to a serene lakeside backdrop. You can fish, build a campfire, cut down trees or just sit beneath the stars and talk. Sadly I don’t think the game sold well enough to justify further features being developed, but as it is its still a unique and relaxing experience that could build memories with those you love. Our only negative would be that it's clearly aimed more towards GearVR users, as the guides and menus display GearVR inputs, which can be a little confusing at times. 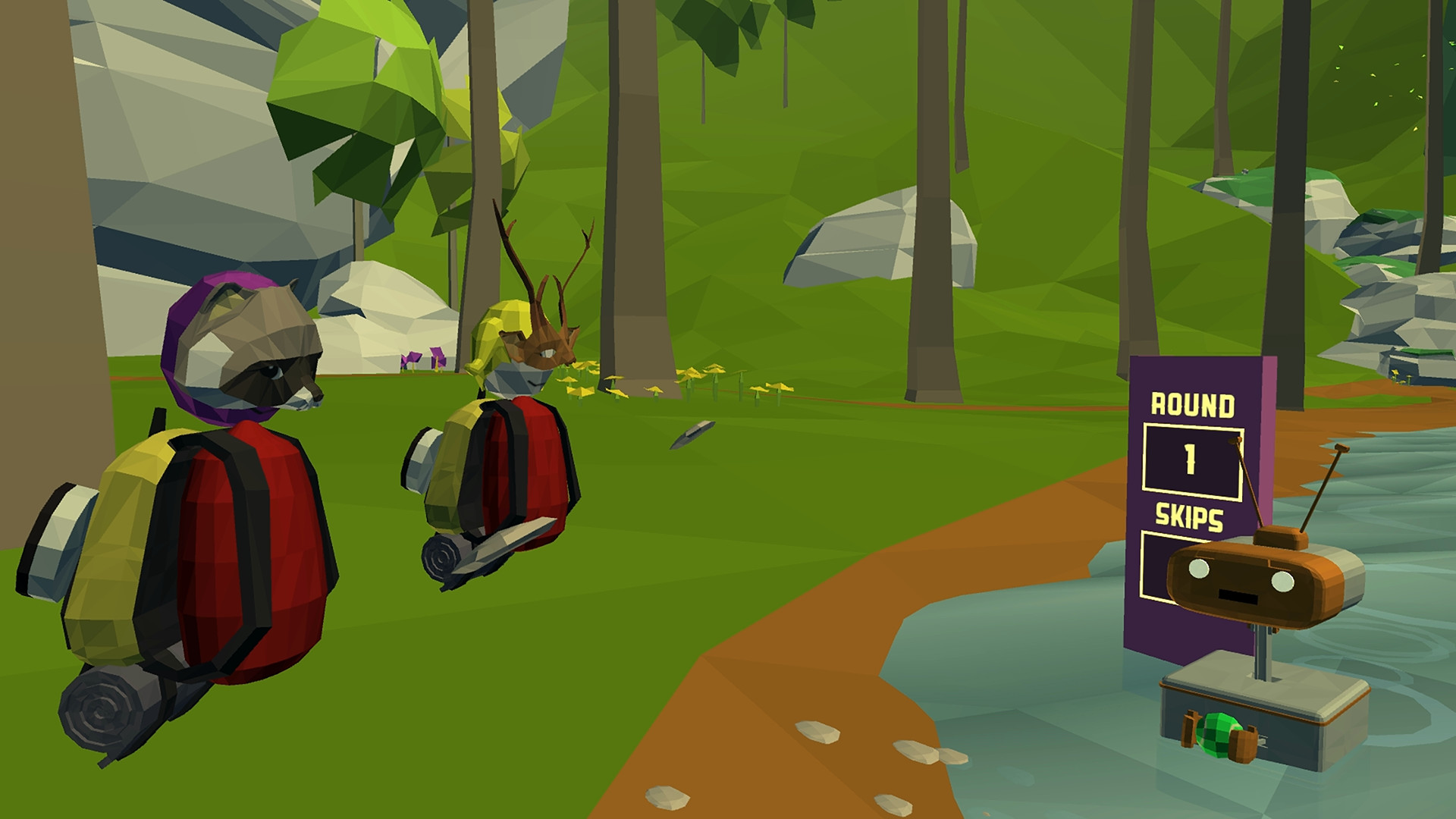 Anyone familiar with Minecraft or titles like it will be instantly at home in Discovery. The game offers a huge sandbox that you can craft and build-upon to make your own, with over 200 unique block variations and multiple colours to choose from, no two people would ever build the exact same thing. The controls have clearly had some thought put into them and make the limitations of the Oculus Go controller a trivial matter, truly some of the best we've seen for a first-person game. Discovery has been around as a game for close to 10 years and doesn’t seem to be slowing down at all, being one of Oculus Go’s most recent releases arriving just last month. The developer is even hoping to bring a multiplayer update in the near future. 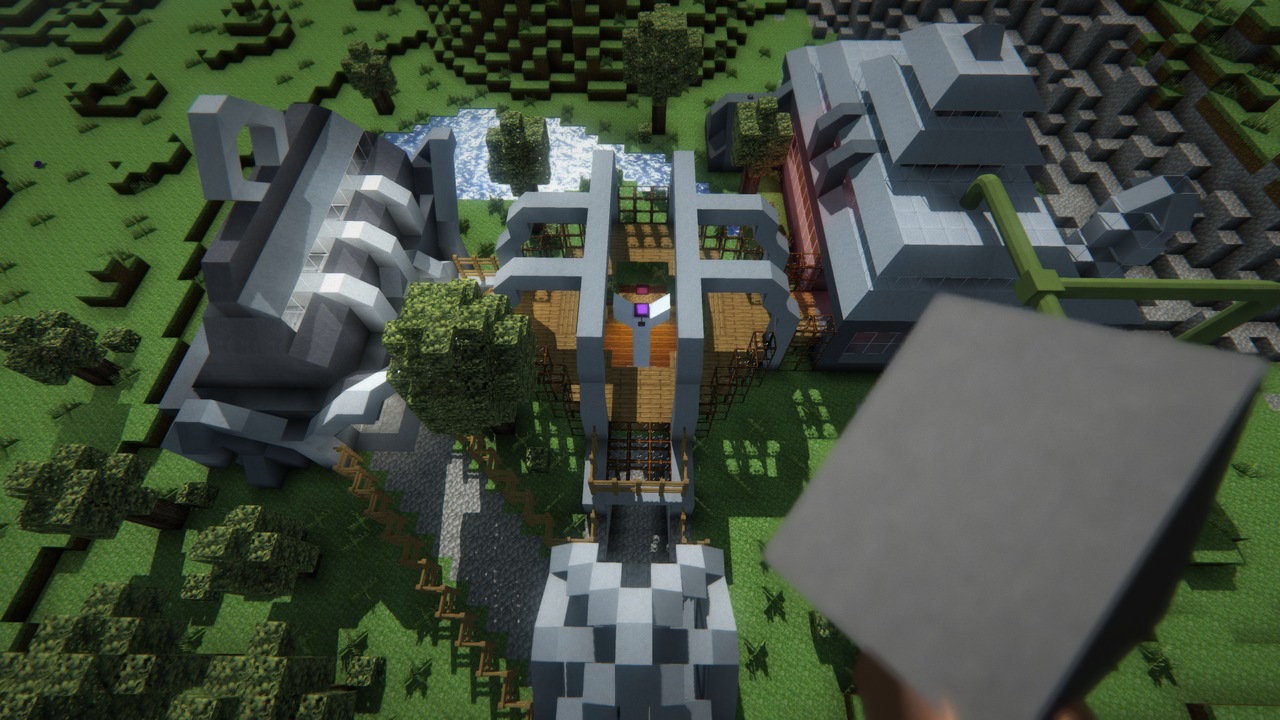 Elevator... to the Moon!

This is a hard one to describe without sounding like we’ve taken acid. But put simply it’s a surreal comedy game with puzzles and minigames thrown in to keep your brain busy enough that it doesn’t put too much thought into the insane dialogue being chucked at you. There’s not a dull moment in this game and the unique sense of humour and scatty pacing make it seriously one of a kind. Elevator... is perfectly optimised for the Oculus Go and has received a lot of post-release content and updates, such as an entirely new episode, a 72hz mode and snap turning. Hopefully, a port or sequel for the Quest is in the pipeline. Oh, and I should say, you’re trying to make your way to the moon... so take that responsibility seriously won’t you? 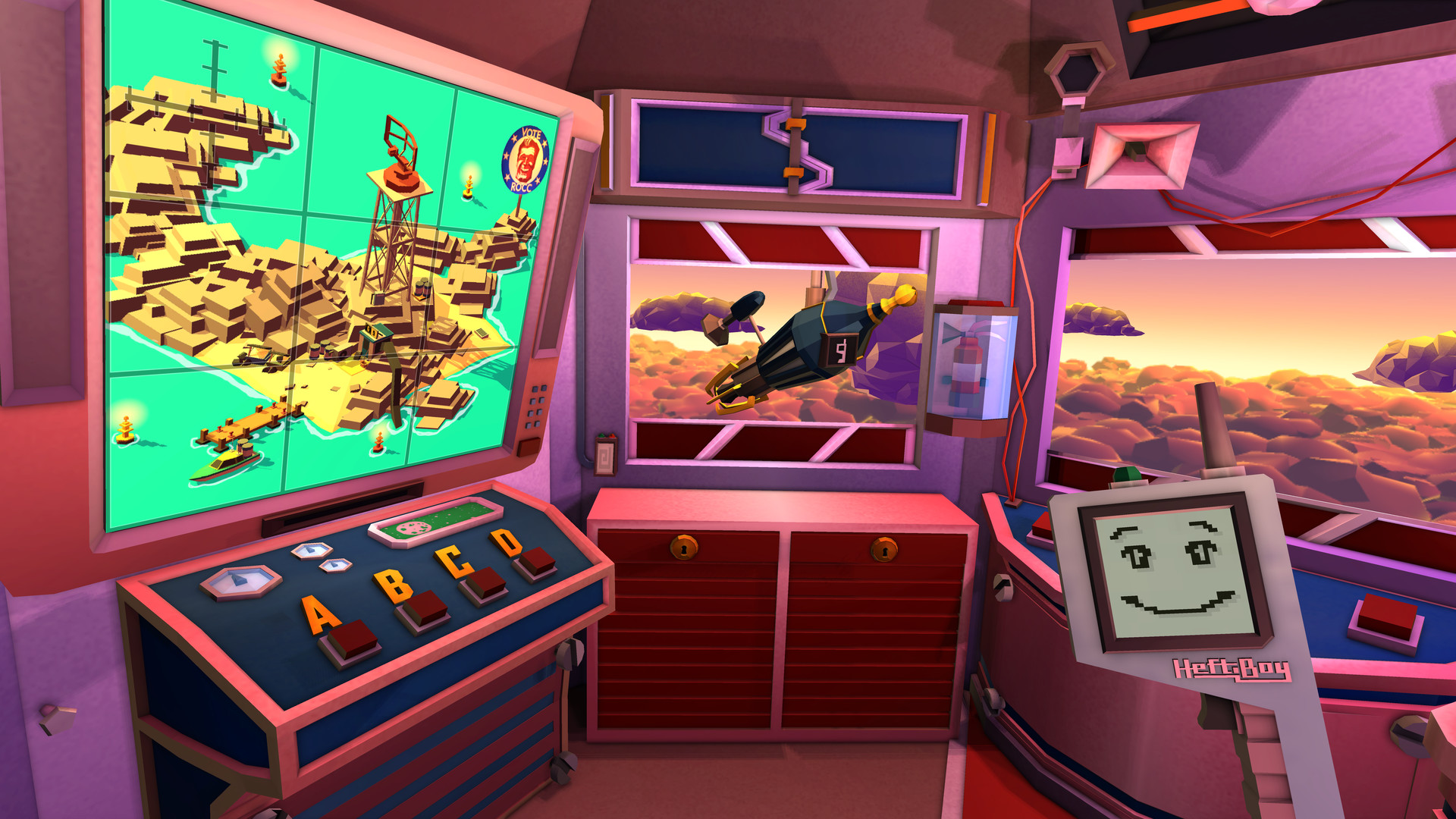 This game, as well as its 2019 counterpart, were made free (and still are for now) during the COVID crisis so we thought we’d jump in and check it out. While not generally much of a golf fan, I enjoy the sport enough to play from time to time when the opportunity is presented to me, and WIPP Championship does enough right to give you a relaxing and immersing experience that would probably cure the itch of a golf fan that hasn’t played the real-life game in a long while. Pretty environments and relaxing music make it a calming and enjoyable experience, if anything just for half an hour or so at a time. Could maybe do with some multiplayer. 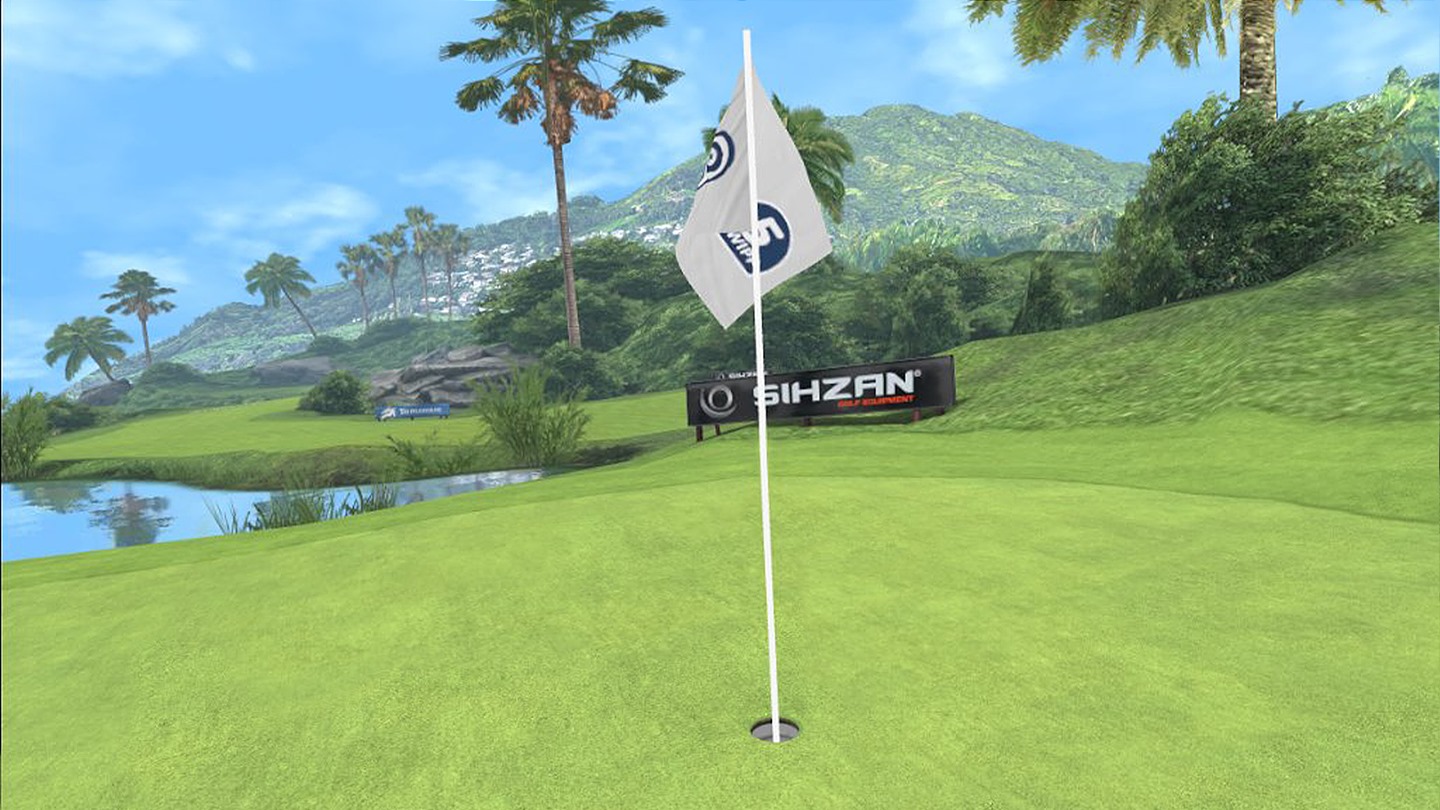 Acquired for free during COVID courtesy of developer

Song Beater: Quite My Tempo

Probably one of if not the best rhythm game on the Oculus Go, with one controller that has only three-degrees-of-freedom in tracked movement, as opposed to most headsets’ six-degrees, the Oculus Go lacks a lot of complex tracking that popular rhythm games demand of it. But Song Beater tries its best to work with the hardware as well as it can, offering multiple ways to hit each note so that everyone can find something that’s more comfortable and enjoyable to them, you can even change the environment you play in from the deep ocean, to outer space, to an Egyptian landscape. It has a decent selection of unknown to popular tracks but the HUD and menus could do with a little polish and optimisation. Outside of that, it feels like the height of what a rhythm game on the Go can achieve, at least in terms of gameplay. 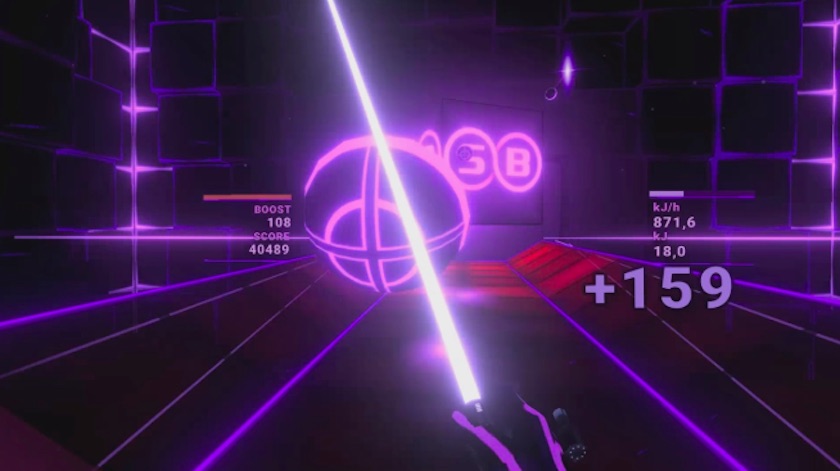 If you’re looking for a casual VR game with lots of replayability and variation, you really can’t go wrong with They Suspect Nothing. A well-packaged collection of 20 minigames with humorous dialogue and quirky narration, it really is a joy to spend time trying out all the different challenges. I can see this being the perfect starter game for people new to VR or gaming as a whole as its simple fun that is easy to understand and has enough content and challenge to keep you coming back until VR makes more sense to you. Well worth the pocket change it costs and with it being backwards compatible with the Oculus Quest 1 it’s even better value for money! 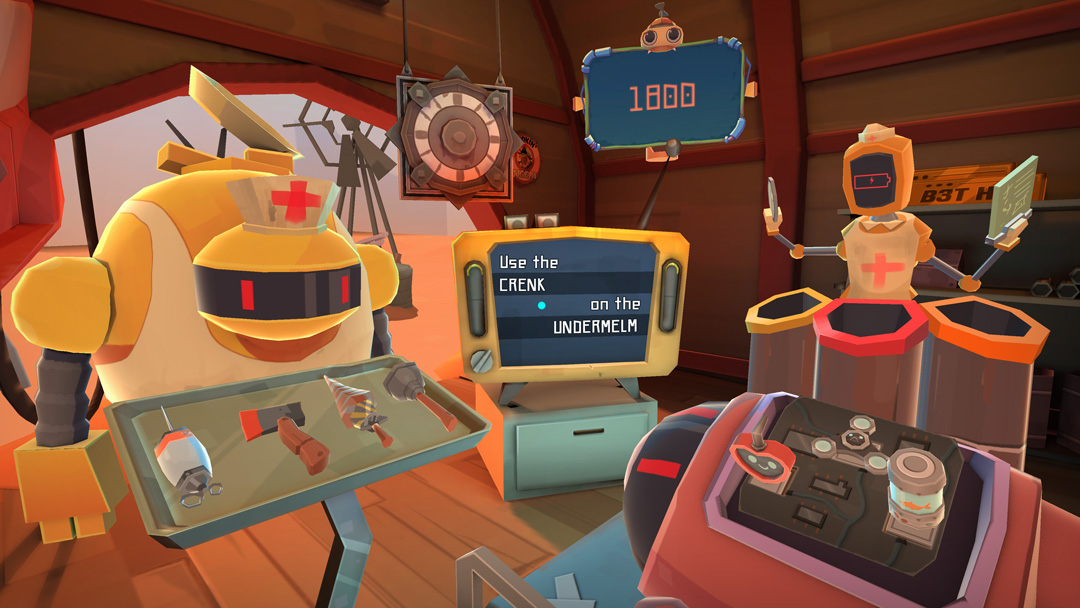 Before we gave Song Beater a shot, we were determined to try other rhythm games out and another that looked like it was fairly polished was ‘Very Star’ (a clearly badly translated to English title). Featuring passable but otherwise unknown Asian dance and pop artists, the aim is to swing your controller to hit each bar as it reaches the outer edges, it's actually fairly well executed and in line with the beat so isn’t at all boring to play. I would say the anime-styled character that flaunts around your home space and dances sexually in the centre of your screen while you play can be awkwardly off-putting – this is clearly a game that tries to toe the line of adult content and attract potential hentai and rhythm fans alike. 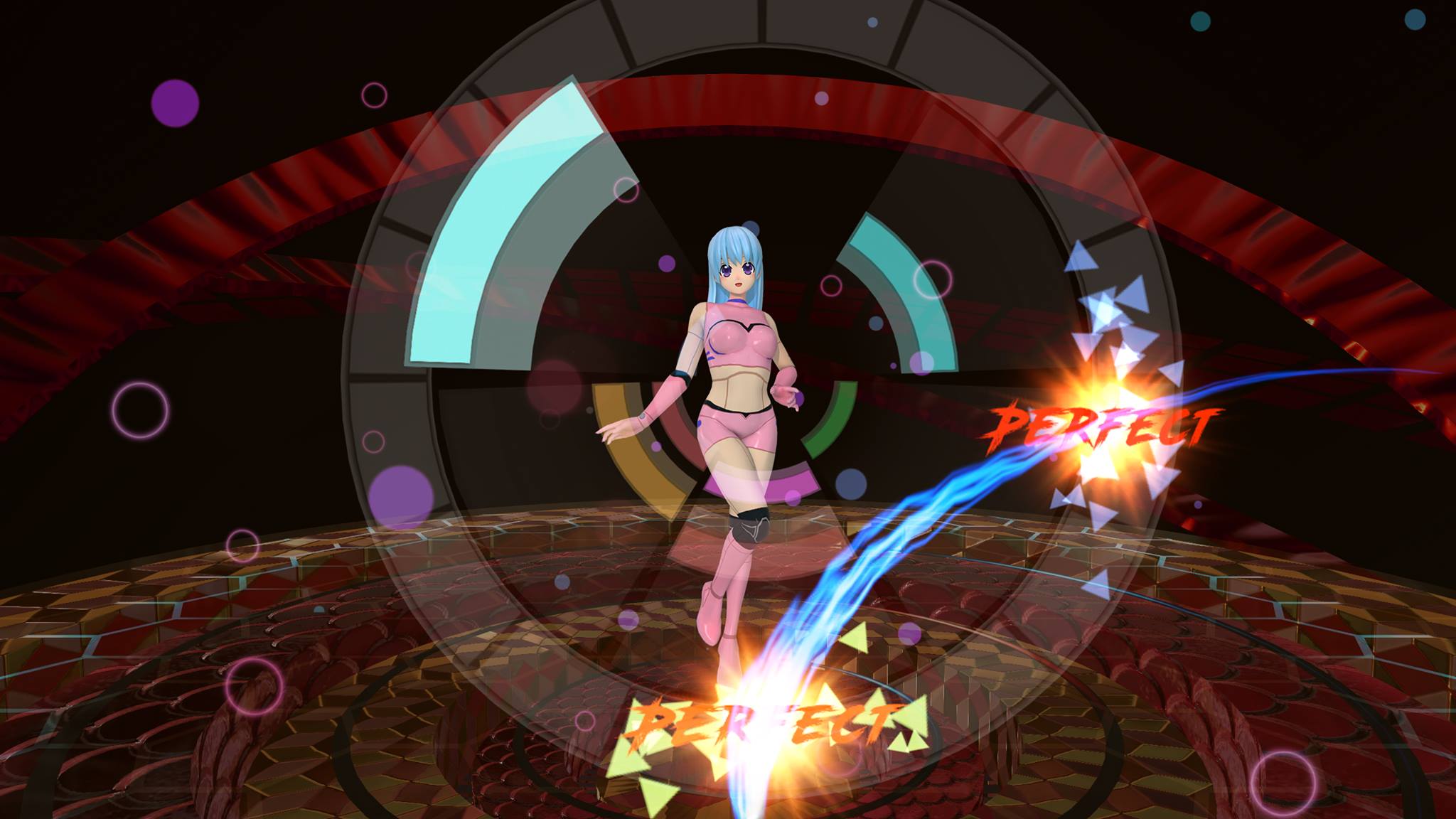 Personally purchased in the GearVR store.

This one is a humorous and surreal experience, its essentially a pigeon simulator, in which you move around any of four maps, looking for bread to eat, by bobbing your head back and forth (like a pigeon). You're in competition with various other pigeons of different sizes and... personalities, who aren't afraid of attempting to get in your way. We imagine watching someone play this would be equally fun as playing it, but we can't help wishing there was some form of multiplayer, as watching more people bob around a room would be insanely frantic! This game has the potential for a lot of silly fun and is one of the last few Oculus Go titles to release on the headset. Our only criticism is the environment, being all on various rooftops it would have been nice to play different levels in maybe a park or town centre, just to keep the visuals fresh and something to look forward to when unlocking them. 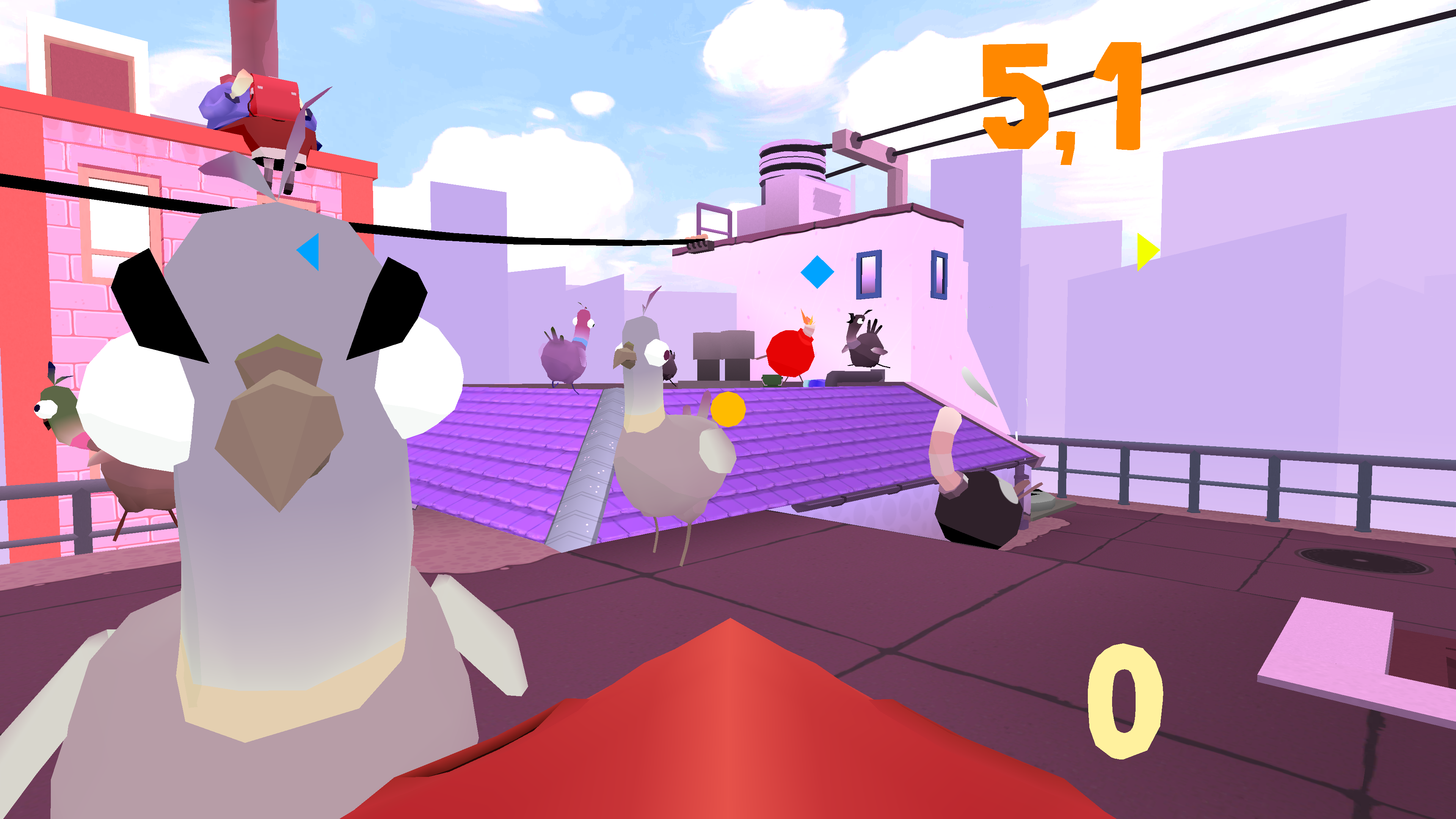 This could be our first and only set of Oculus Go reviews, all depends if we get enough press copies in future to justify another selection. But with the Oculus Go receiving a quick sunset by Facebook, most developers for the platform are moving on to other projects for more advanced headsets

Have you ever owned an Oculus Go (or GearVR) and want to share your favourite games? Please do so in the comments below and we might review them with a special thanks to you in our next article!

This article was dedicated to the Oculus Go (the first-ever mainstream standalone virtual reality headset) and to all the developers who pumped its storefront with fun, exciting and sometimes even educational content, may the community give you back what you gave to us <3