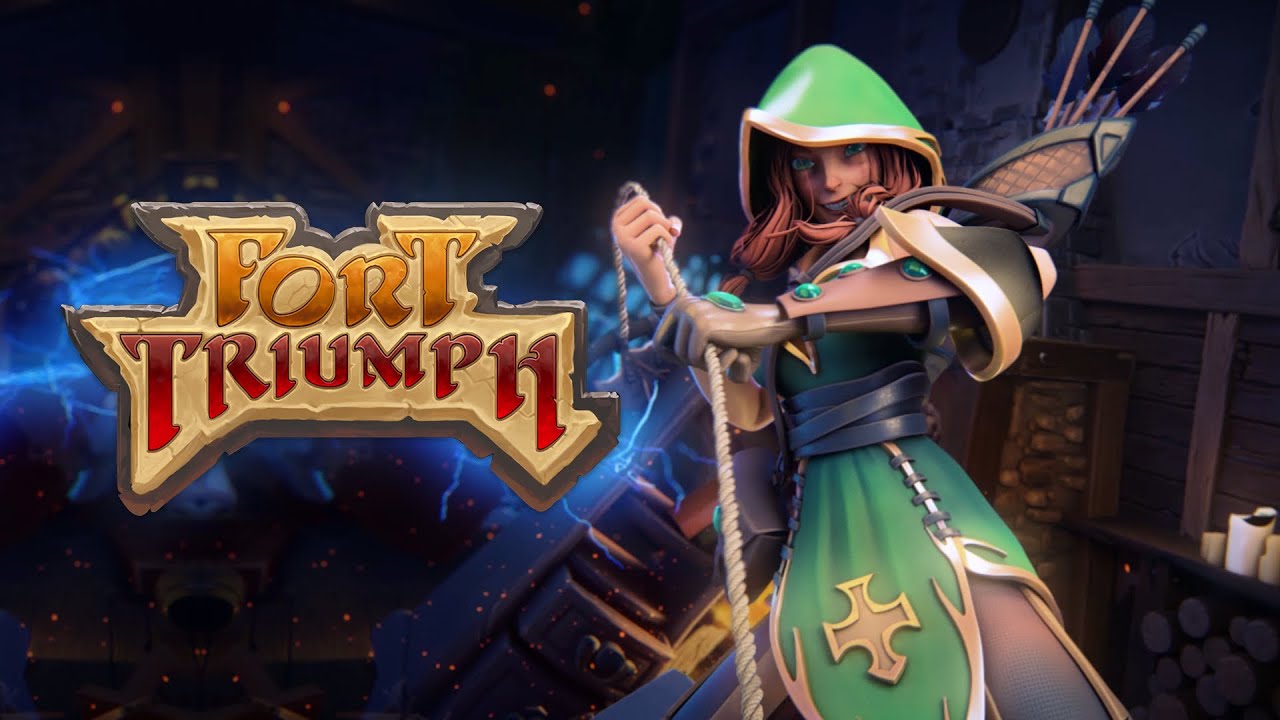 Do you miss the good old Heroes of Might and Magic as much as I do? Or maybe you've played XCOM recently, and you're looking for more of its combat style? Then that's the best one you can find today! Fort Triumph is a bit of a mix between both mentioned games, being a classy strategy game with world exploration and RPG elements, in a weird way adding the specific XCOM combat style, it creates a pretty refreshing approach to the style. Need to warn you though, I'm not much of a hothead with this type of games, so some stuff might be more different from I actually see it as. Hope I won't stray off the path too much anyway!
Gameplay resembles a nice board game, brings the feel of a board version of Lord of the Rings, which, I have to admit, pulled me into a whole non-stop weekend campaign a couple of times. In a well thought through and rewarding way combat strongly emphasize the use of interactions with the environment, allowing players to create some challenging yet satisfying combo chains where you can bounce enemies off the trees and each others or using one character to throw an enemy right into the crosshair of a hunter. The game bases around the single player campaign scheme split into story acts, for those sharing a couch there is a split screen mode as well. The visual design is quite charming, easy on the eyes and fits well into both, the world theme and the idea of the game itself. Award-winning composer is responsible for the soundtrack that fills the field and pumps you up into the battle. It all works pretty well together, creating a solid option for those looking for a PC tabletop game. 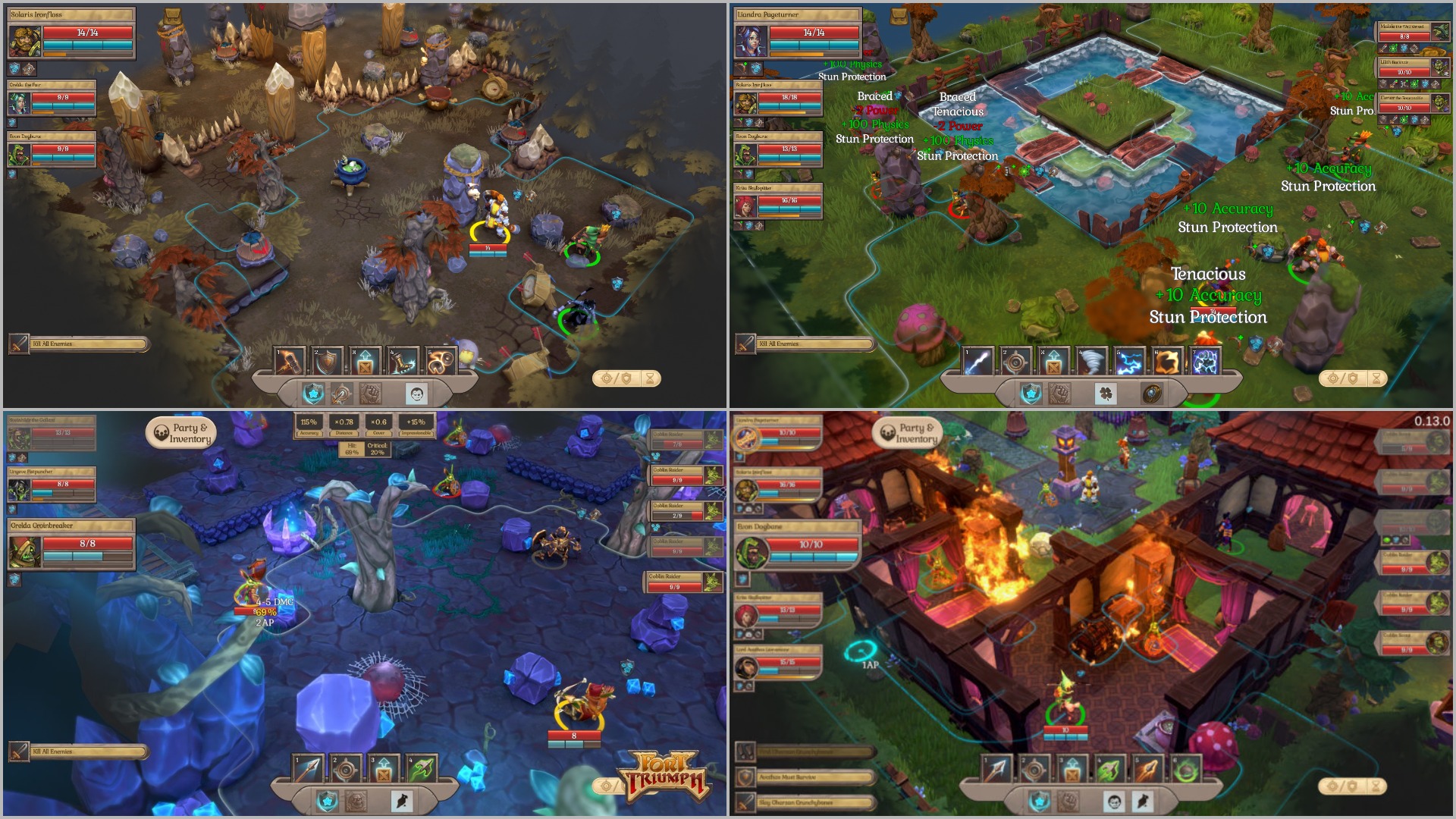 Starting out with the visuals. Not exactly sure why, but CookieByte Entertainment, the creators of the game, used two different art styles in their game. The first one is a dense pixel art that we encounter in the 'main map' part of the game where we walk around the world, discover what's around and look for an enemy base. It looks good, brings back all the memories of the Heroes series just right. Well planned, each area, enemy and item you will encounter on your way is carefully designed to look good and identifiable (which often in pixel art is the issue that requires item descriptions), yet still pixely. The second art style is a full 3D design with a rich use of animations, although those are pretty limited and repetitive, could use some diversity. You're free to move and spin the camera around and on some good combos or finishing hits there's a slo-mo animation going. Don't get me wrong, with its pastel pallet of colours and comic style of textures, it still looks damn well as for an Indie development. There is nothing groundbreaking here and personally would much prefer if they would settle on one design throughout the whole game, but I imagine it's absolutely up to preferences.

As for the RPG elements, it covers everything a good RPG strategy game should have. Absolute ton of spiders and goblins, kingdom quarrels over the reigns and of course the team, made of a brave warrior, a wise wizard and a cunning hunter. You build your strength from the ground up, expanding your team and its possibilities such as skills or HP. At the very beginning we are welcomed by a foggy inn, just like any good RPG should start. Story revolves around bored heroes that decided to get up and kickstart their adventures by freelancing on quests. Plenty of jokes going around, it's pretty funny and works well with design of the game, yet personally wasn't really invested in it. Each character seems to have their own backstory and their own way of speaking, but can't shake the feeling that the English used for the game overall wasn't excellent, just some phrases or the way of using certain words was just way too off to be a planned 'I'm speaking this way because I'm foreign' of the character. 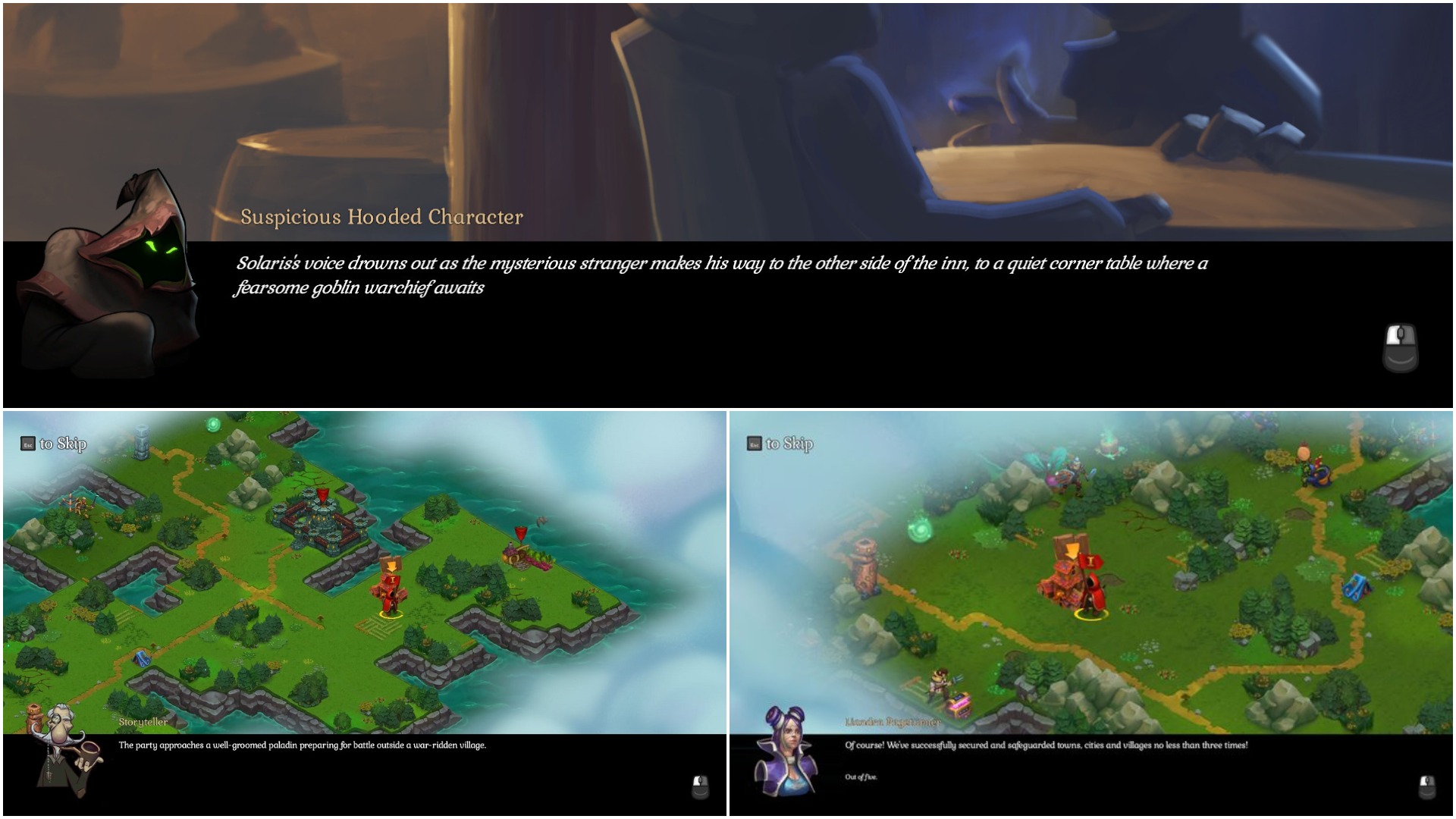 Both controls and mechanics are easy to learn the basics of, but being honest, I had to spend awhile understanding what's important in fights to overcome some enemies. Fort Triumph heavily relies on usage of environment, as much defensively as offensively. You can either use a certain stone to hide behind or maybe pull an enemy at it to deal damage, but at the same time those sneaky goblins can do exactly the same if you're not careful. And you really need to be careful - there's no 'one step back' available, which caused me to grind my teeth a couple of times. One bad move and my only decision was reset the whole combat or give up and die.
Outside of combat there's also a whole mechanic on development of your castle by building more architecture or upgrading already placed building. This way your party can grow wider and stronger. Bunch of items to be found in the world, buffs to gain and skills to upgrade, as each character can be upgraded with geared items and skill points. So to put it simply, there's a lot to do and a lot to collect from all around the map. 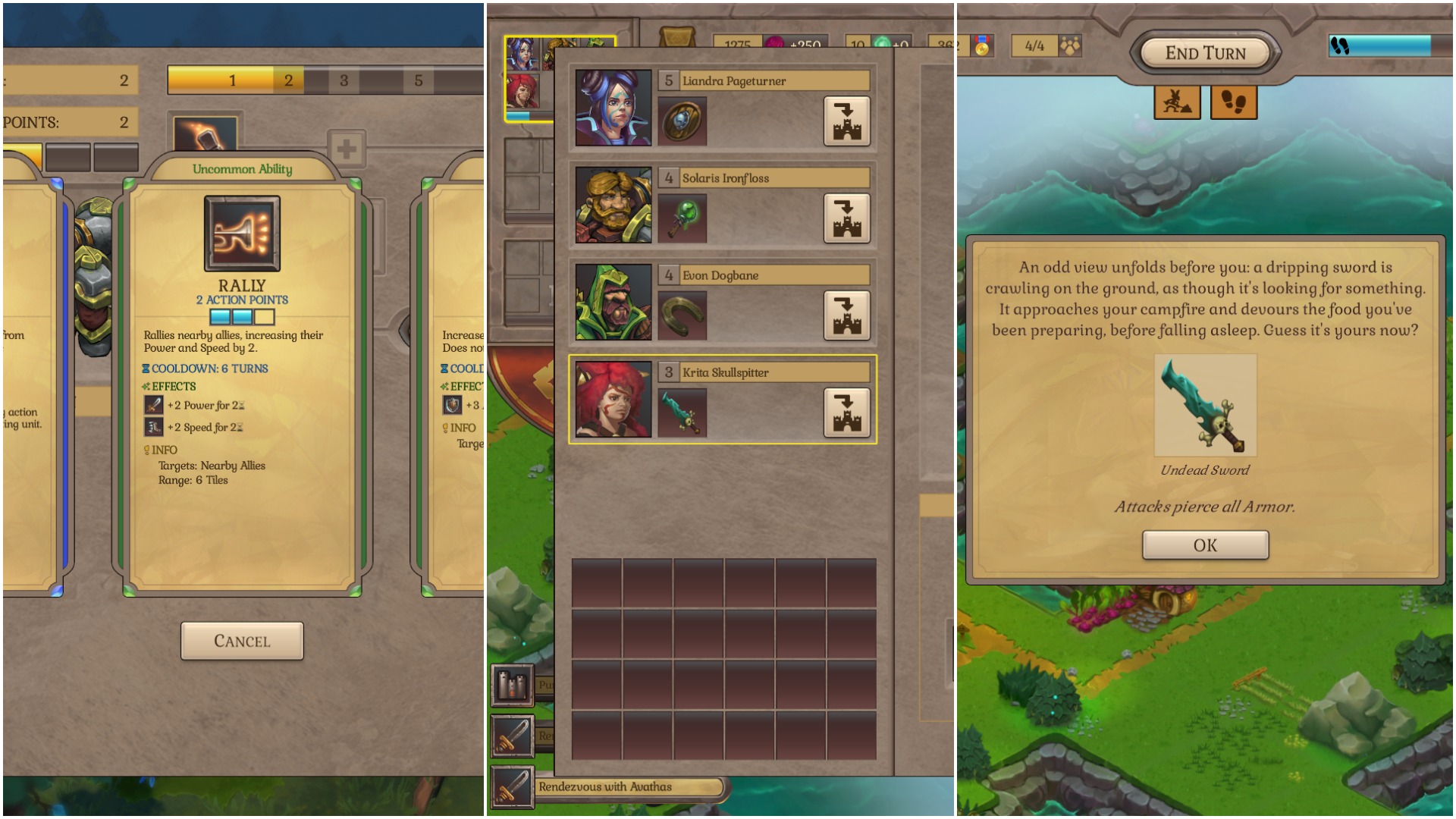 All in all, for the price of £20 (often on 50% discounts!), it's a great game to try out. As I looked around, I couldn't get too many of good alternatives to the genre, so I have to name this title a solid contender, especially being an independent release. It has some annoying bits and bobs, mostly in the form of the way it's written or the RNG elements of it (occasionally it can be too heavily luck based during the combat), but if you find enjoyment in strategies and prefer to focus on fun parts rather than look for the cons, you won't even be bothered by that. Sounds nice enough to put headphones on and enjoy the music, plays well and looks even better. A fun game with a slight learning curve that I can see myself going back to in the future.